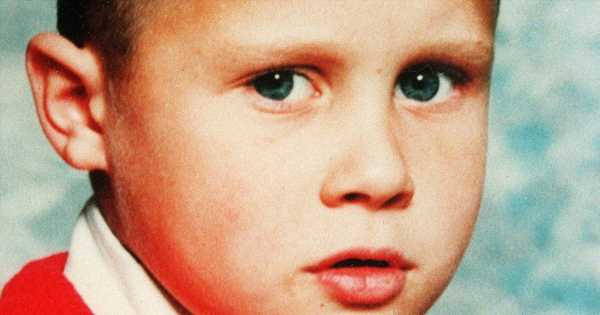 A “fundamental error” left the shocking murder of a six-year-old boy who was left naked in a woodland unsolved for more than 20 years, a court has heard.

James Watson, who was aged just 13 at the time, allegedly launched a “surprise attack” on Rikki Neave, 6, and strangled him with his own jacket in Peterborough on November 28 in 1994.

The Old Bailey heard he then allegedly stripped the boy of his clothes and posed him in a “star shape” in woodland, before dumping his clothes in a nearby bin.

Watson, who is now aged 40, was seen with the victim on the day he went missing and was spoken to by police as a witness at the time, the Old Bailey was told.

Rikki’s mother Ruth Neave had previously been wrongly accused of killing her son six months after his death but was cleared by a jury at Northampton Crown Court in October 1996.

Prosecutor John Price QC told jurors it was the correct verdict as she could not have done it.

He suggested the “error” was largely down to incorrect weight given to sightings of Rikki at a time when reliable evidence showed he was already dead.

Mr Price said: “Much of this reliable evidence was itself acquired during the first investigation, but its true significance and importance was misunderstood or ignored.

“This fundamental error deflected the focus of attention of the investigation. It took it away from where it should have been.”

As a result, Rikki’s murder remained a mystery until 2015 when the cold case investigation was opened, jurors heard.

Adhesive tapings from Rikki’s clothes were examined and a DNA match to Watson was allegedly made.

The defendant had been seen with Rikki on the morning of November 28 in 1994 and was spoken to by police on the day the body was found, the court heard.

Mr Price said a combination of evidence showed Rikki had walked willingly into the woods where he was subjected to a “surprise attack” from behind.

He said marks on Rikki’s neck indicated he was “most likely” strangled by his own jacket and then his body stripped.

Mr Price told the court : “He [Rikki] had been strangled. The body was naked. It was lying on the ground, flat on its back.

For more of the latest news from the Daily Star, make sure you sign up for one of our newsletters here.

“It had been deliberately posed by the killer, in a star shape, with outstretched arms, and his legs placed wide apart.

“There was no sign of any of Rikki’s clothing. But perched poignantly on a leaf, just 18 inches from the left hand was a single, small, white shirt button.”

At 1.05pm, a youth was seen walking out of a cul-de-sac where Rikki’s clothes were later recovered.

Watson, of no fixed address, has denied murder.