A LITTLE boy screamed "am I going to die?" as he was blown out to sea on an inflatable dinghy on the Scottish coast.

Laura Gallagher, 31, heard her seven-year-old son Nathan scream during the horrifying ordeal as she swam a mile to try and save him at Thorntonloch Beach, Lothian. 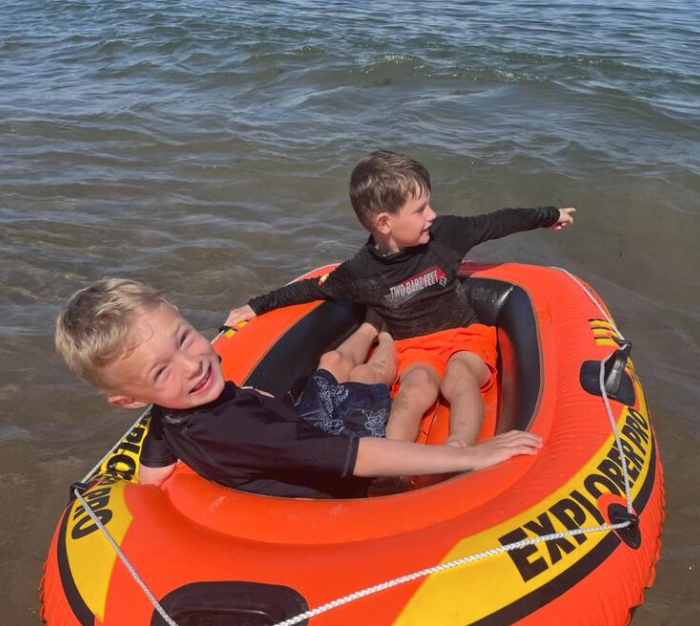 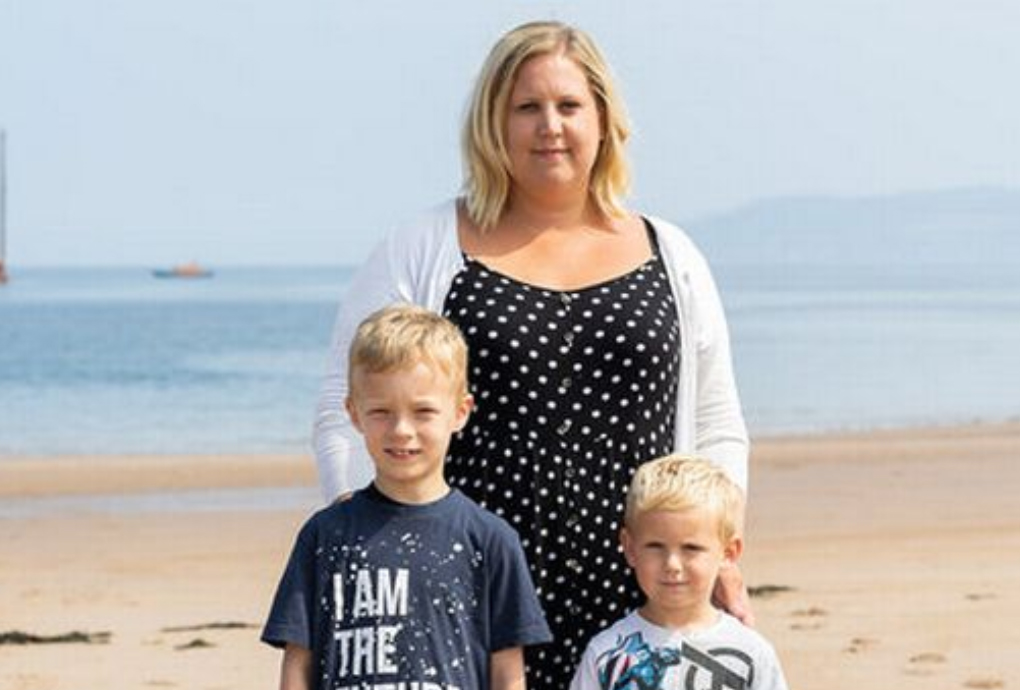 The 32-year-old had been at the beach with her husband Kern, 34, their sons Nathan, seven, Jamie, four, and their friends Sarah and Robert Keenan, who brought their son Findlay, also seven.

And they set up on the beach for the day, the three little lads were playing in a rubber dinghy in the sea.

The sea was fairly calm, despite it being a windy day, Laura said.

However when four-year-old Jamie got off, the inflatable suddenly began drifting into deep waters with Nathan and Findlay still onboard.

The mum said the entire ordeal  “all happened in an instant” as the boys screamed "they were going to die" as the inflatable floated away.

Laura, a pharmacy manager from Dunbar, said: "All three children were in the boat at first. They were playing a metre away from Sarah and me.

“Then Nathan got out and maybe it was the change in weight that lifted it up – but the boat shot off.

"One moment they were right by my side and the next they were being blown away. It all happened in an instant."

The mum immediately jumped into the water to save the young boys – swimming frantically to bring them back to shore.

She soon realised how far away the boys were – and her husband had tried to swim towards them too but stopped because he's not a strong swimmer.

The boys were in tears – calling out to her asking whether they were going to die – which prompted her to continue onwards.

But thankfully, a guard vessel for the Neart na Gaoithe offshore wind farm was in the area – and came to the rescue.

Two men in the vessel were able to hoist the young boys up from the dinghy to safety, before also helping the mum too.

She added: "It was a struggle to get me on board.

"My legs were jelly and I was coughing. I don’t think I’d swallowed water but it had been splashing into my mouth."

But she added that it was a "huge sigh of relief" once she saw the boat come to their safety.

Following the horror, the mum said that the dinghy which the boys were on has been binned.

And as she warns other parents about the serious dangers, she also thanked the crew of the vessel that rescued the boys, and the RNLI lifeboat crew, and the beachgoers who called the coastguard.

Dunbar Lifeboat coxswain Gary Fairbairn said: “We want people to have fun at the beach but Laura’s story shows just how quickly things can get very dangerous. Thankfully the guard vessel was close by to help.

“Inflatable dinghies look fun but they are not suitable for our beaches where strong offshore winds can pick up at any moment.” 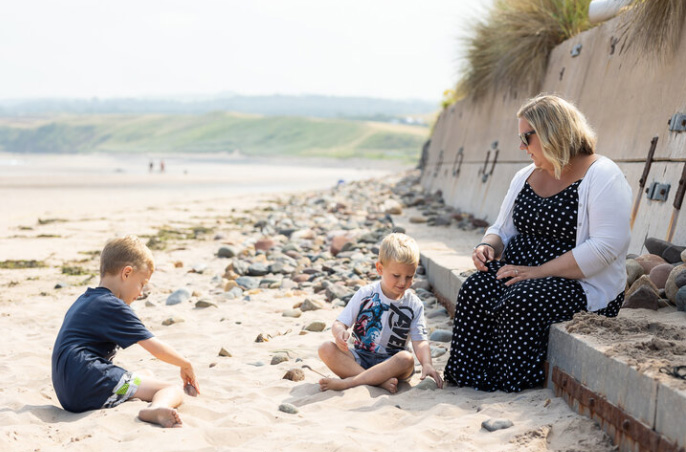