Spurned boyfriend, 55, who gutted his ex-lover’s £400,000 home by dousing it with flammable liquid then setting it ablaze while she popped to the shops faces jail

A spurned boyfriend who destroyed his former partner’s £400,000 house after torching it while she popped to the shops is facing jail today.

Phillip Evans, 55, broke into the home of Emma Paul, 42, on a quiet suburban street in West Moors, Dorset, doused the interior in acetone and set fire to it.

Boat builder Evans had wanted to kill himself in the blaze in January, but ended up jumping from a first floor window after the heat got too intense. 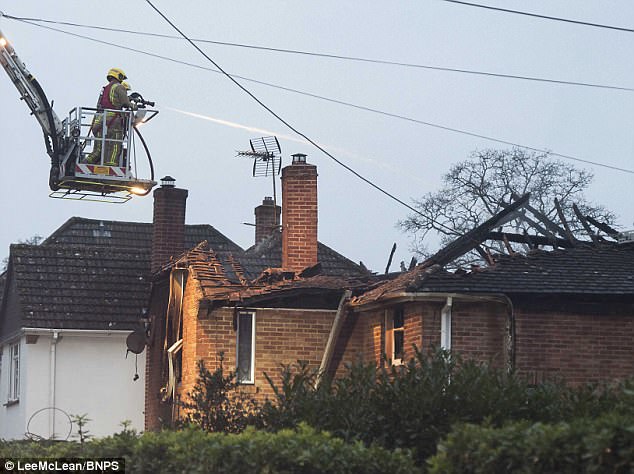 The spurned boyfriend destroyed his former partner’s £400,000 house after torching it The interior of the house in West Moors, Dorset, was doused in acetone before being set on fire 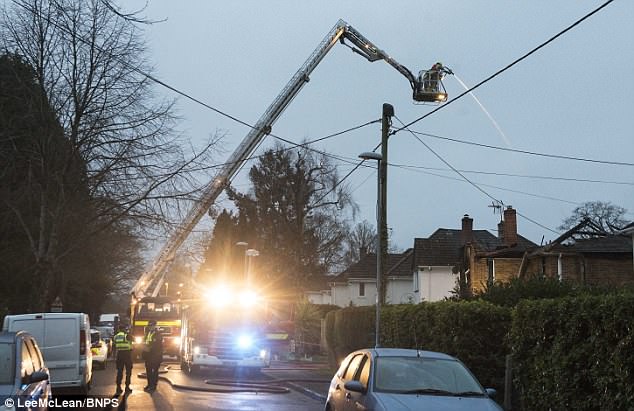 Miss Paul was left with nothing but the belongings she had on her following the fire.

Bournemouth Crown Court heard Evans had been in a relationship with Miss Paul and the pair moved into the three-bedroom detached house about two years ago.

But they split up in September last year and two months later Miss Paul was forced to take out a restraining order against him due to his erratic behaviour.

The court heard Evans ‘couldn’t stay away’ from the home of Miss Paul, a manager for the charity Prama Care, and on January 9 he drove by in his works van.

When he realised Miss Paul was not at home, he broke in using a crowbar and then wedged it over the front door so no one could get in.

The court heard Evans took a number of drugs in an attempt to kill himself before starting the fire. 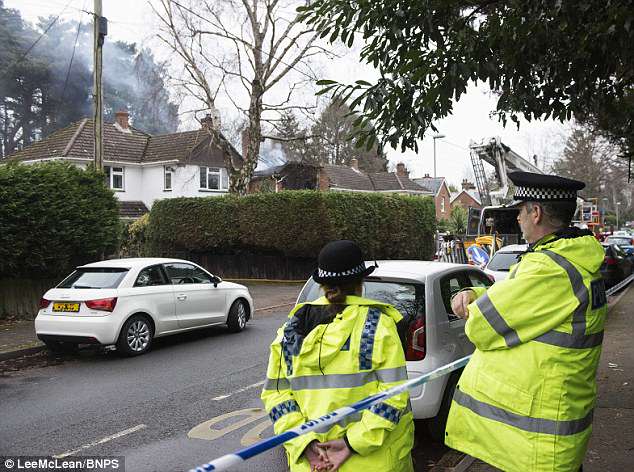 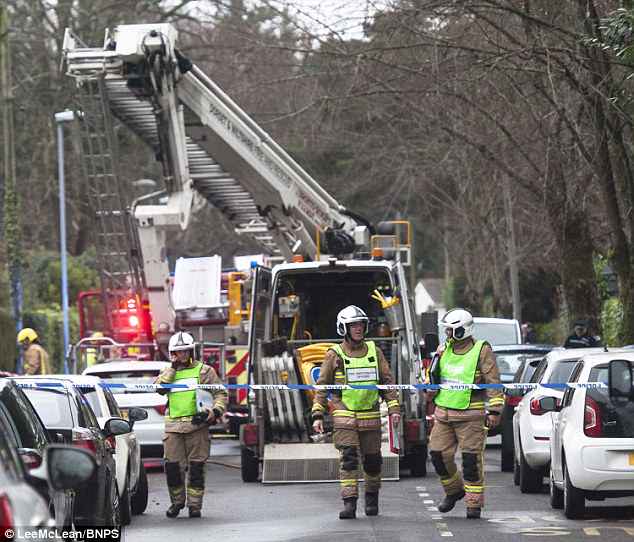 Jane Rowley, prosecuting, said: ‘The fire started at about 1pm. Miss Paul would normally have been at home at that time, it was pure chance that day that she had gone out shopping nearby.

‘Evans made clear admissions. He said he couldn’t keep away. He drove past her mother’s address to see if her car was there.

‘It was so he drove in his works van with two, five-litre cans of acetone which he used to clean tools at work and broke into her home using a crowbar to force the door.

‘He set fire to newspapers before getting the large crowbar to wedge the front door shut to stop anybody else entering. The fire caught quickly and spread.’

Evans went to lie down on a bed upstairs, hoping the fumes would overpower him and send him to sleep, but instead he got too hot, took off his shirt and opened the window.

Onlookers in the street saw him hanging from the window and shouted for him to get out. He lowered himself to the ground and a bystander dragged him away from the house, shortly before the heat ‘popped’ the window.

Evans was taken to hospital to be treated for smoke inhalation and admitted to police that he had breached his restraining order, started the fire and felt he had nothing to live for.

Miss Rowley said: ‘Her (Miss Paul) home was totally destroyed. The prosecution say these were deliberate acts designed to cause maximum damage and distress. 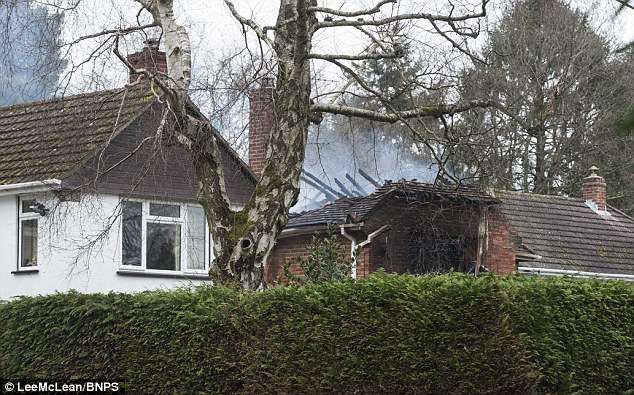 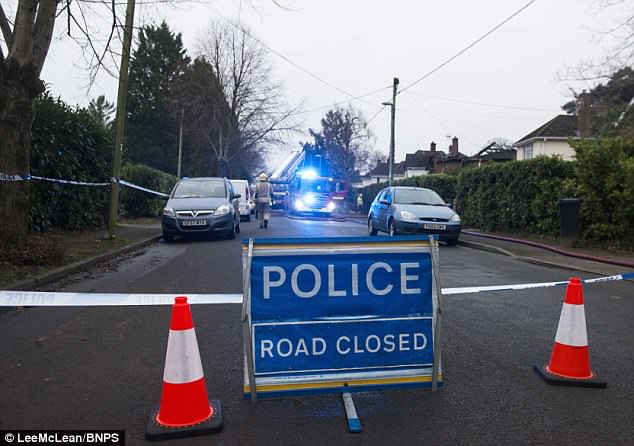 ‘She lost her home, she had nothing left apart from the items she had about her and her vehicle.’

Evans initially pleaded guilty to arson but denied a charge of arson being reckless as to whether life would be endangered.

Miss Rowley said that not only did Evans endanger the lives of firefighters, but also Miss Paul’s elderly neighbours on either side and passers-by who tried to help him.

Evans changed his plea to guilty after Miss Rowley’s opening prosecution statement at the trial.

His barrister Timothy Bradbury said Evans had asked to change his plea, saying he did not wish to put Miss Paul through any more emotional turmoil.

Judge Stephen Climie adjourned the case for reports to be carried out before sentencing and remanded him in custody.

He told Evans: ‘Any offence of arson is an offence which passes the custody threshold and warrants a sentence of imprisonment.

‘Whether there is any realistic alternative is a matter which I will be in a better position to consider once I have seen a psychiatric report on you and a pre-sentence report.’