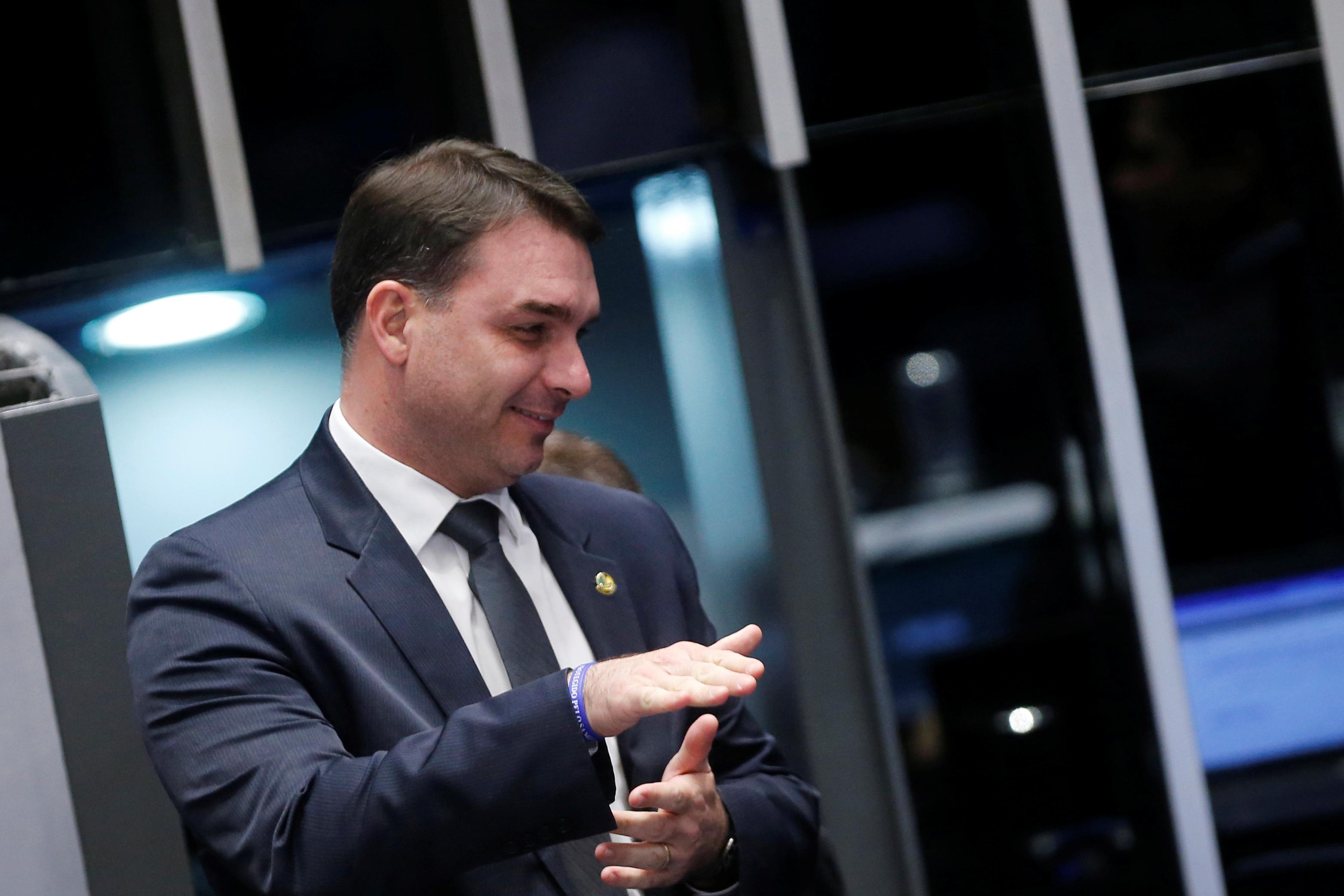 RIO DE JANEIRO (Reuters) – The son of Brazilian President Jair Bolsonaro is under a new investigation by Rio de Janeiro state prosecutors for allegedly hiring fake employees during his time as a state lawmaker, the state prosecutor’s office said on Saturday.

This is the second state-level probe into Flavio Bolsonaro, who became a federal senator this year. A previous probe, also relating to alleged irregularities over the payment of his state-level staff, was shelved by the supreme court in a decision that is being appealed.

“The present investigation has a different and independent object,” to the previous one, the state prosecutor’s office said in its statement.

“At the end of the whole process it will be proved that there was no illegality,” said Wassef.

The hiring of fake employees to enable lawmakers to pocket their salaries is a well-known scam in Brazilian politics.