SAO PAULO (Reuters) – Brazilian financial authorities have identified dozens of cash transfers worth almost 100,000 reais ($26,665) that were deposited over the course of a month into the account of the president’s son, according to a TV newscast on Friday. 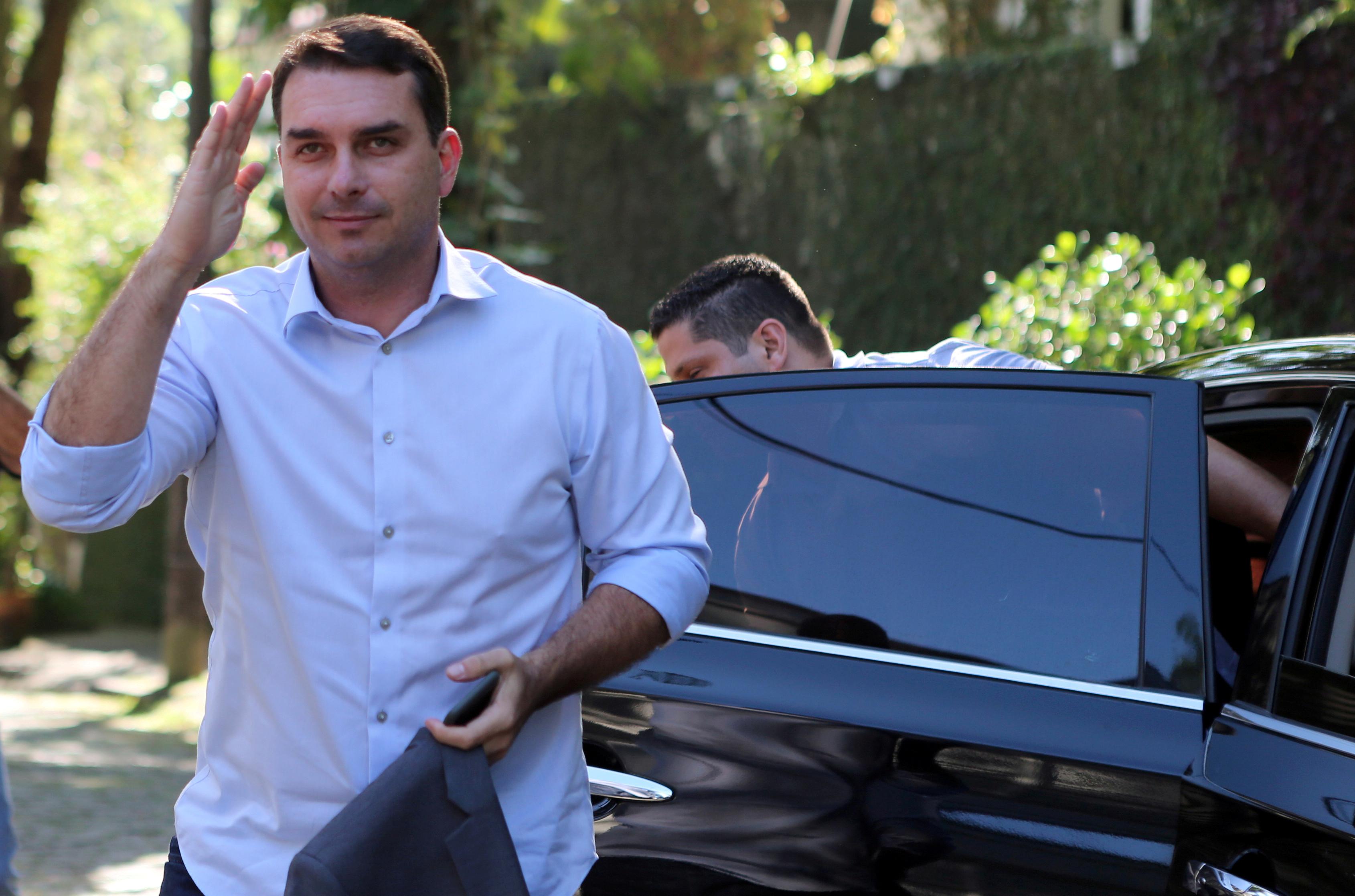 The report on the National Journal, Brazil’s main nightly news program, said that the Council for Financial Activities Control (COAF) had identified 48 deposits made into the account of former Rio de Janeiro state lawmaker and Senator-elect Flavio Bolsonaro, the son of President Jair Bolsonaro.

Each of the deposits, made between June 9 and July 13, 2007, was for 2,000 reais, and several of them were made in an ATM inside Rio’s state legislative assembly, the National Journal said, quoting a COAF report it said it obtained exclusively. The COAF did not immediately respond to a request for comment.

The news show quoted the COAF report as saying that it was impossible to identify who had made the deposits, but the fact that many were for the same amount suggested whoever had done so was trying to obscure the origin of the funds.

The latest revelation is a new embarrassment for Jair Bolsonaro, a far-right nationalist who took office on Jan. 1 vowing to stamp out endemic graft and show zero tolerance to corruption within his government.

The supreme court this week agreed to a request from Flavio Bolsonaro’s lawyers to suspend a probe into suspicious payments to his former driver, Fabricio Queiroz. Flavio’s lawyers argued that, as a senator-elect, he now enjoys certain legal protections, including that any case involving him should only be decided by the top court.

The court’s decision was widely slammed and handed ammunition to critics who noted that Bolsonaro and his politician sons have regularly railed against the immunity from prosecution that politicians enjoy – and which Flavio invoked.

The scandal arose last month when the COAF identified 1.2 million reais ($305,000) that flowed through the bank account of Queiroz in 2016-17. Some payments were made to the president’s wife, Michelle.

Flavio Bolsonaro, his father and Queiroz have all said they are innocent of any crime. Jair Bolsonaro has said the payment to his wife was Queiroz repaying a personal loan.

In a TV interview on Friday, taped before the newscast, Flavio Bolsonaro defended his right to take his case to the supreme court, denied accusations he had been running a phantom employee scheme and said investigators had looked into his bank accounts without legal authority.

“I’m not hiding behind the right to immunity from prosecution,” he said. “I have nothing to hide from anybody.”