Break this Brexit deadlock, says Rudd: Minister pleads with warring MPs to forge a consensus to avoid ‘crashing on the rocks’ with No Deal

The Work and Pensions Secretary calls for a ceasefire among warring MPs to prevent the UK economy ‘crashing on the rocks’ by leaving the EU without a deal.

She said it is time to make Parliament a ‘safe space’ to discuss how Britain can cut its ties with Brussels.

Miss Rudd stressed that the Conservatives must be ready to join forces in ‘coalition’ with moderate Labour MPs to break the Brexit deadlock.

And in a move which could anger Downing Street, she questioned whether Theresa May will ever get Tory MPs to back her Brexit deal despite returning to Brussels this week for fresh talks. 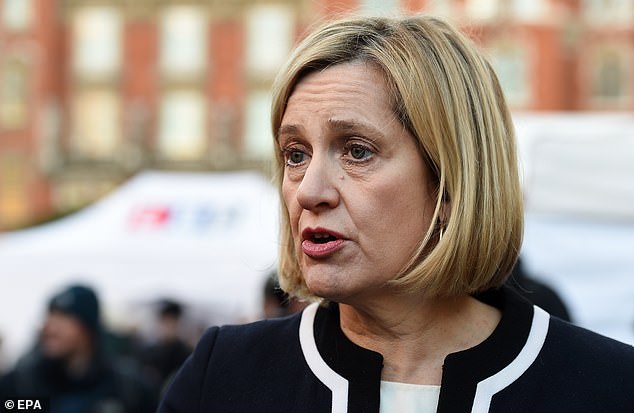 In an article for the Daily Mail today, Miss Rudd said it was vital for Conservative MPs to ‘heal’ Brexit wounds and talk to Labour colleagues prepared to find another solution.

The cabinet minister, who campaigned for Remain in the referendum, did not spell out her favoured Brexit alternative.

She backs Mrs May’s deal but has also expressed sympathy for the so-called ‘Norway’ option, under which the UK would stay in the customs union and EU single market but have less power to curb immigration.

Miss Rudd’s call for Parliament to be made ‘safe’ follows angry clashes between Tory MPs this week. Conservative Andrew Bridgen, a member of the pro-Brexit European Research Group (ERG), stormed out of a TV interview with party deputy chairman James Cleverly.

One minister said he would like to ‘punch the ERG in the face’. Another MP called Chancellor Philip Hammond a ‘t***’ for denouncing Brexit ‘extremists’ ahead of the confidence vote on Wednesday. 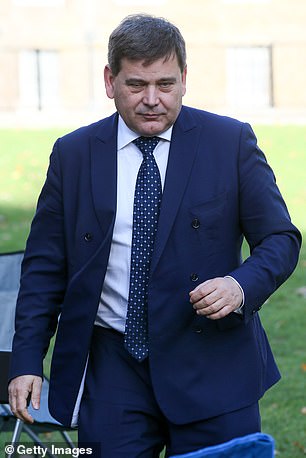 Conservative Andrew Bridgen, a member of the pro-Brexit European Research Group (ERG), stormed out of a TV interview this week when asked to share a platform with his own party deputy chairman James Cleverly

In her article, Miss Rudd says Brexit is ‘stuck’ and unless feuding MPs stop ‘digging in’, Britain is heading for a no deal outcome which would be a disaster for the car industry, airlines, hauliers and others.

Appearing to pour cold water on Mrs May’s hopes of winning over Tory rebels, she writes: ‘Many of my [Conservative] colleagues aren’t yet persuaded. It’s possible enough will be – but they might not.’

The only hope is to ‘try something different – engage with others and forge a consensus with a practical, sensible and healing approach’, she said.

She said that means an end to ‘outrage and accusations’, adding: ‘It is not weak to create a safe environment for Parliament to find a solution – it is strong.’

Miss Rudd said she expects to be accused of ‘treachery’ by Brexiteers but will not be deterred in her plea to ‘ignore siren voices calling us to the rocks of no deal’.

The UK can prosper after Brexit – but only with a ‘coalition’ of MPs who want it to succeed and who ‘argue a little less and compromise a little more’, she warns.

Her intervention comes amid reports that Miss Rudd and fellow ‘soft Brexit’ cabinet ministers are pushing for a series of Commons votes on alternative plans such as no-deal and Norway outcomes.

The reported aim of the so-called ‘indicative’ – and non binding – votes is to show that none commands a Commons majority, thereby helping to persuade sceptical MPs that Mrs May’s proposal is the only practical one.

However, some Tory Brexiteers maintain it is a ‘back door’ ploy to pave the way for a second referendum, as favoured by some Remain supporters.