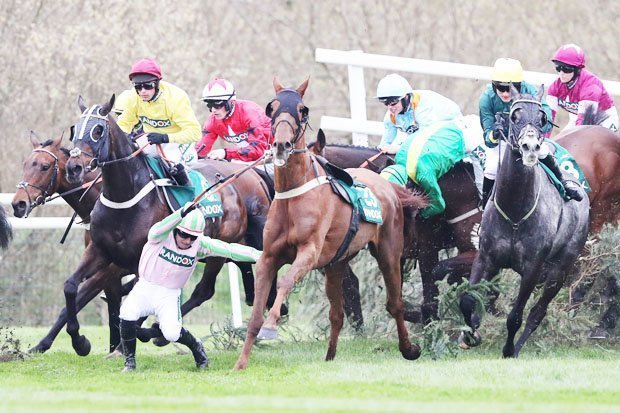 Ladies Day at the Grand National is usually associated with light-hearted fun and boozing.

But the day has ended on a sad tone with the death of two horses.

ITV Racing has confirmed Forest des Aigles and Crucial Role have both died after being injured in separate races.

The 8-year-old Forest des Aigles brokes its leg on the before jumping the final fence of the Topham Chase.

And Crucial Role was injured in an earlier race.

ITV Racing, who have been broadcasting from Aintree, confirmed the sad news.

It tweeted: “We’ve been passed the desperately sad news we were fearing.

“After falls in the Betway Mildmay Novices’ & in the Randox Health Topham Handicap Chase, Crucial Role and Forest des Aigles have both had to be put down

“Our deepest condolences to connections of both horses.”