The quake struck in the east of the nation in the early hours of Tuesday morning local time (late on Monday night GMT).

US Geological Survey officials said the epicentre of the strong tremor was about 79 miles below the surface, in a region some 41 miles southwest of the town of Lae at the eastern edge of the mountainous country.

There were no immediate reports of damage.

The Tsunami Warning Center said there is no tsunami threat after the quake. 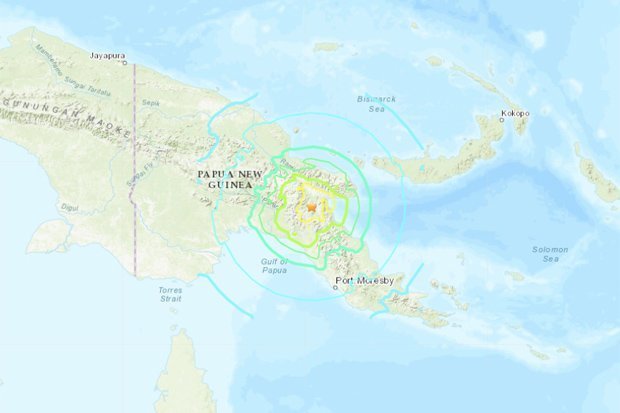 Lae firefighters said no one had not yet called in to repot any damage.

The huge quake comes after the island was devastated by a monster 7.5 magnitude tremor which killed more than 150 people last year.

Papua New Guinea is a frequent site for earthquakes as it sits near the volatile Bougainville trench in the infamous Ring of Fire.

Every year hundreds of huge shocks strike the belt that stretches from New Zealand to Alaska and down to Chile.