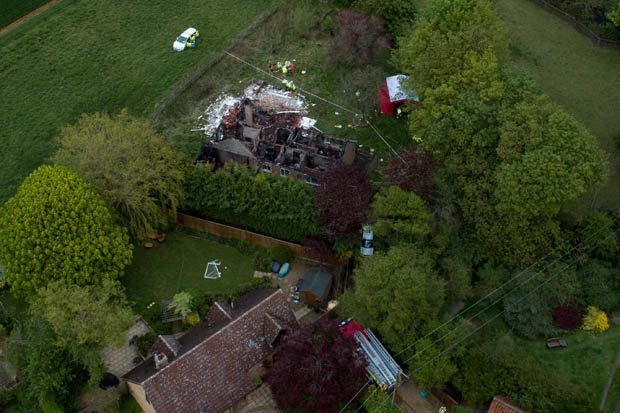 Aerial photos show the roof completely ripped off from the building in Lidgate, near Newmarket, Suffolk.

Police said there were “multiple explosions” at the property which was left in rubble and with blackened interior walls visible.

Four fire engines rushed to the scene shortly after midday with nearby roads closed off as they tackled the fire.

One neighbour said the blast shook the windows of houses down the road and said the sound was similar to a “First World War bomb” going off.

Another resident reportedly said: “My daughter heard a bang and about 20 minutes later, I saw smoke billowing out.

“Our immediate neighbour said it was pretty loud. I think there were two explosions.”