The 28-year-old Brazilian MMA fighter was allegedly hit from behind after a dispute with another driver yesterday.

UFC welterweight Michael Prazeres said de Lima was with friends when he was attacked in the city of Belem in the north of the country.

He claims the Uber driver stopped his car before getting into an altercation at a petrol station.

The suspect then drove away before coming back and hitting de Lima from behind, Prazeres alleges. 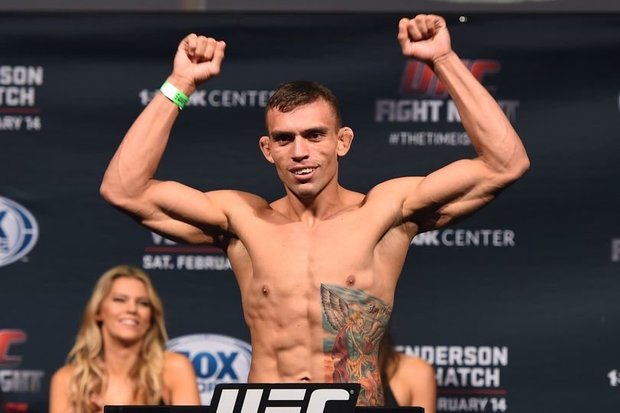 Cops have since launched a manhunt for the driver.

The athlete, dubbed “Monster”, fought twice under the UFC banner between 2014 and 2015, losing to Neil Magny and Efrain Escudero.

De Lima is survived by his wife and two children.

He is a former Jungle Fight welterweight champion and his last fight came in June last year when he lost to Luiz Fabiano.