Australia could offer experts to help assess whether North Korean dictator Kim Jong-un is making good on his promise to Donald Trump to destroy his nuclear weapons capability.

Speaking just minutes after President Trump wound up a marathon press conference in Singapore after signing a document with Kim, Australia's Foreign Minister Julie Bishop said the summit was "a breakthrough".

"This is the first positive development we've seen involving North Korea in over a decade," she told the ABC.

"We're cautiously optimistic but of course the test will be verification of the denuclearisation."

Ms Bishop said the Australian government was assessing whether it could offer any expertise to assist with the verification of North Korea's actions to erode it's nuclear capability. 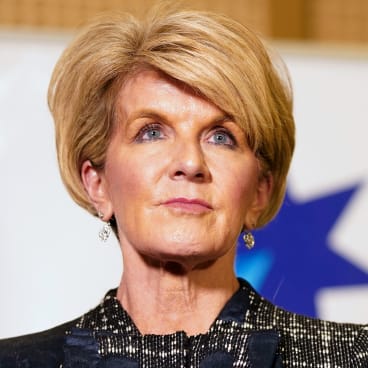 "As President Trump said, complete denuclearisation means the complete verifiable, irreversible dismantlement of the nuclear weapons program. It will remove a risk to our region and the world. We'll have to see the concrete steps that North Korea takes," she said.

The minister said the International Atomic Energy Agency had the experience to verify North Korea's efforts and said Australia would "no doubt" be part of that process.

"And we in Australia, the Australian government, is currently assessing what we could offer in terms of expertise to assist in that verification process. So I imagine it will be the IAEA together with global experts to complete the verification process that North Korea has in fact denuclearised."

Ms Bishop did not raise the subject of North Korea's human rights atrocities in either her official statement or her interview on the ABC's 7.30 where she was not asked about the issue directly.

Trump refused to specify a time-frame for by when North Korea has eroded it's nuclear capability. In return for Kim's pledge to denuclearise, Trump has agreed to stop joint military exercises, or "war games" with South Korea which he described as "provocative."

Trump said that North Korea had agreed on a verification process and the destruction of a major missile engine site. These details were not included in the document signed by the leaders but announced by President Trump at his later press conference.

It is the first time a sitting US president has met with a North Korean leader.