LONDON (Reuters) – British lawmakers defeated Prime Minister Theresa May’s Brexit divorce deal by a crushing margin on Tuesday, triggering political chaos that could lead to a disorderly exit from the EU or even to a reversal of the 2016 decision to leave.

After parliament voted 432-202 against her deal, the worst defeat in modern British history, opposition Labour Party leader Jeremy Corbyn promptly called a vote of no confidence in May’s government, to be held at 1900 GMT on Wednesday.

With the clock ticking down to March 29, the date set in law for Brexit, the United Kingdom is now ensnared in the deepest political crisis in half a century as it grapples with how, or even whether, to exit the European project that it joined in 1973.

“It is clear that the House does not support this deal, but tonight’s vote tells us nothing about what it does support,” May told parliament, moments after the result was announced.

“… nothing about how – or even if – it intends to honor the decision the British people took in a referendum parliament decided to hold.”

More than 100 of May’s own Conservative lawmakers – both Brexit backers and supporters of EU membership – joined forces to vote down the deal. In doing so, they smashed the previous record defeat for a government, a 166-vote margin, set in 1924.

The humiliating loss, the first British parliamentary defeat of a treaty since 1864, appeared to catastrophically undermine May’s two-year strategy of forging an amicable divorce with close ties to the EU after the March 29 exit.

With May vowing to stand by her deal and Labour trying to trigger a national election, parliament is still effectively deadlocked, with no alternative proposal.

May’s spokesman told reporters that May’s deal could still form the basis of an accord with the EU, but opponents disagreed.

“This deal is dead,” said Boris Johnson, the Conservative Party’s most prominent Brexiteer, who urged May to go back to Brussels to seek better terms.

If there was any consolation for May, it was that her internal adversaries appeared set to fight off the attempt to topple her.

The small Northern Irish DUP party, which props up May’s minority government and refused to back the deal, said it would still stand behind May in the no-confidence vote. The pro-Brexit Conservatives who were the most vehement opponents of her deal also said they would support her.

Labour has said if it fails to trigger an election then it will look at the possibility of supporting another referendum.

The EU said the Brexit deal remained the best and only way to ensure an orderly withdrawal. Austrian Chancellor Sebastian Kurz said there would be no further renegotiation.

“The risk of a disorderly withdrawal of the United Kingdom has increased with this evening’s vote,” said EU Commission President Jean-Claude Juncker, adding that it would intensify preparations for a no-deal Brexit.

A Labour Party spokesman said it was becoming more likely that Britain would have to ask the EU to postpone the March 29 departure date required by the Article 50 withdrawal notice. 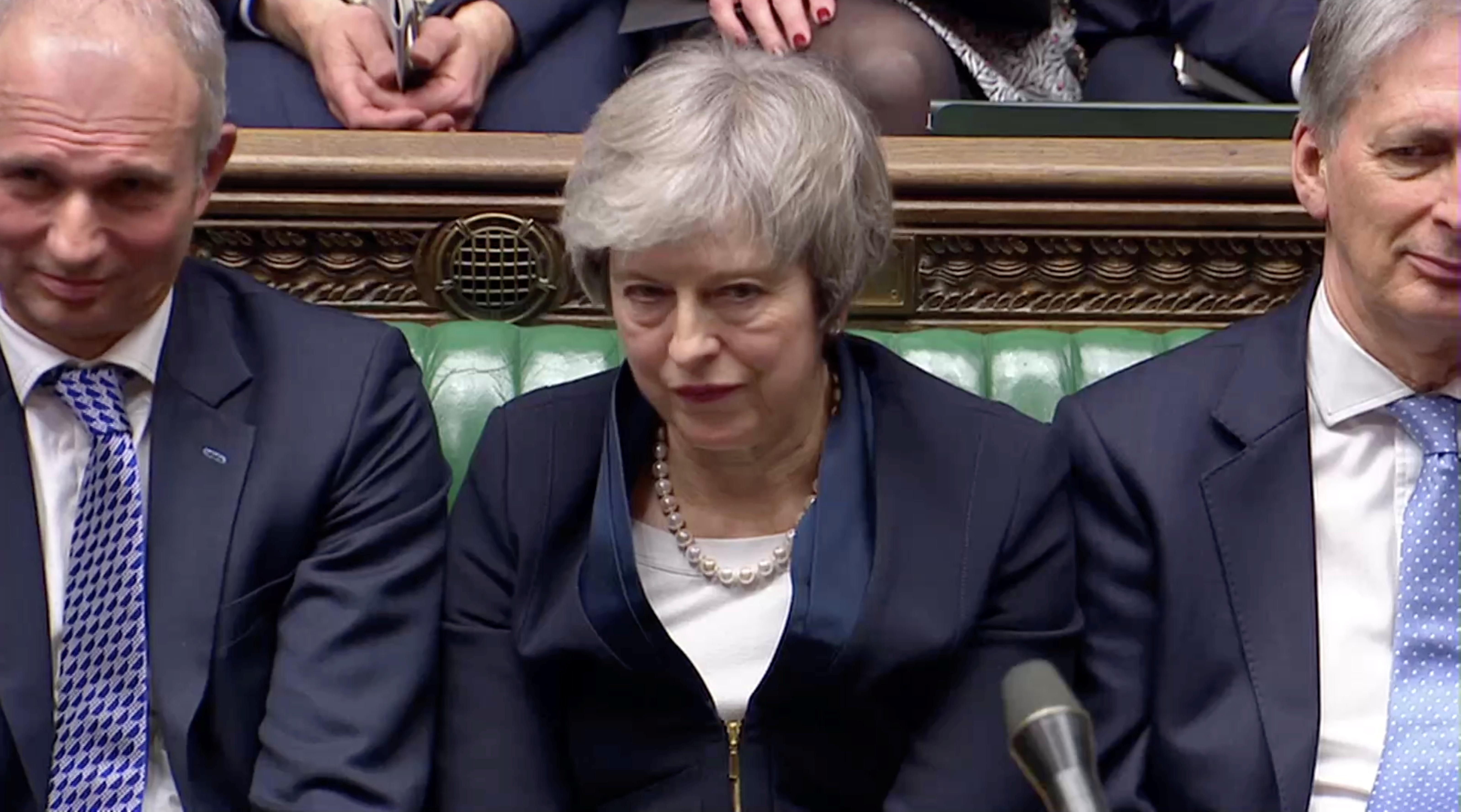 “If a deal is impossible, and no one wants no deal, then who will finally have the courage to say what the only positive solution is?” he tweeted.

Sterling rallied more than a cent against the dollar, on some expectations that the scale of the defeat might force lawmakers to pursue other options. [GBP/]

May said she would reach out to opposition parties to forge a way ahead. But Corbyn, who wants Labour to be given the chance to negotiate with Brussels, was dismissive.

“After two years of failed negotiations, the House of Commons has delivered its verdict on her Brexit deal, and that verdict is absolutely decisive,” he said. “Her governing principle of delay and denial has reached the end of the line.”

Ever since Britain voted by 52-48 percent to leave the EU in a referendum in June 2016, the political class has been debating how to leave the European project forged by France and Germany after the devastation of World War Two.

While the country is divided over EU membership, most agree that the world’s fifth largest economy is at a crossroads and that its choices over Brexit will shape the prosperity of future generations.

“UK assets will continue to be vulnerable to the political volatility and we don’t expect this will subside until a concrete conclusion emerges,” UBS Wealth Management told clients.

Before the vote, May had told pro-Brexit lawmakers that if her plan was rejected, it was more likely that Britain would not leave the EU at all than that it would leave without a deal.

Supporters of EU membership cast Brexit as a gigantic mistake that will undermine the West, smash Britain’s reputation as a stable destination for investment and slowly weaken London’s position as a global capital. 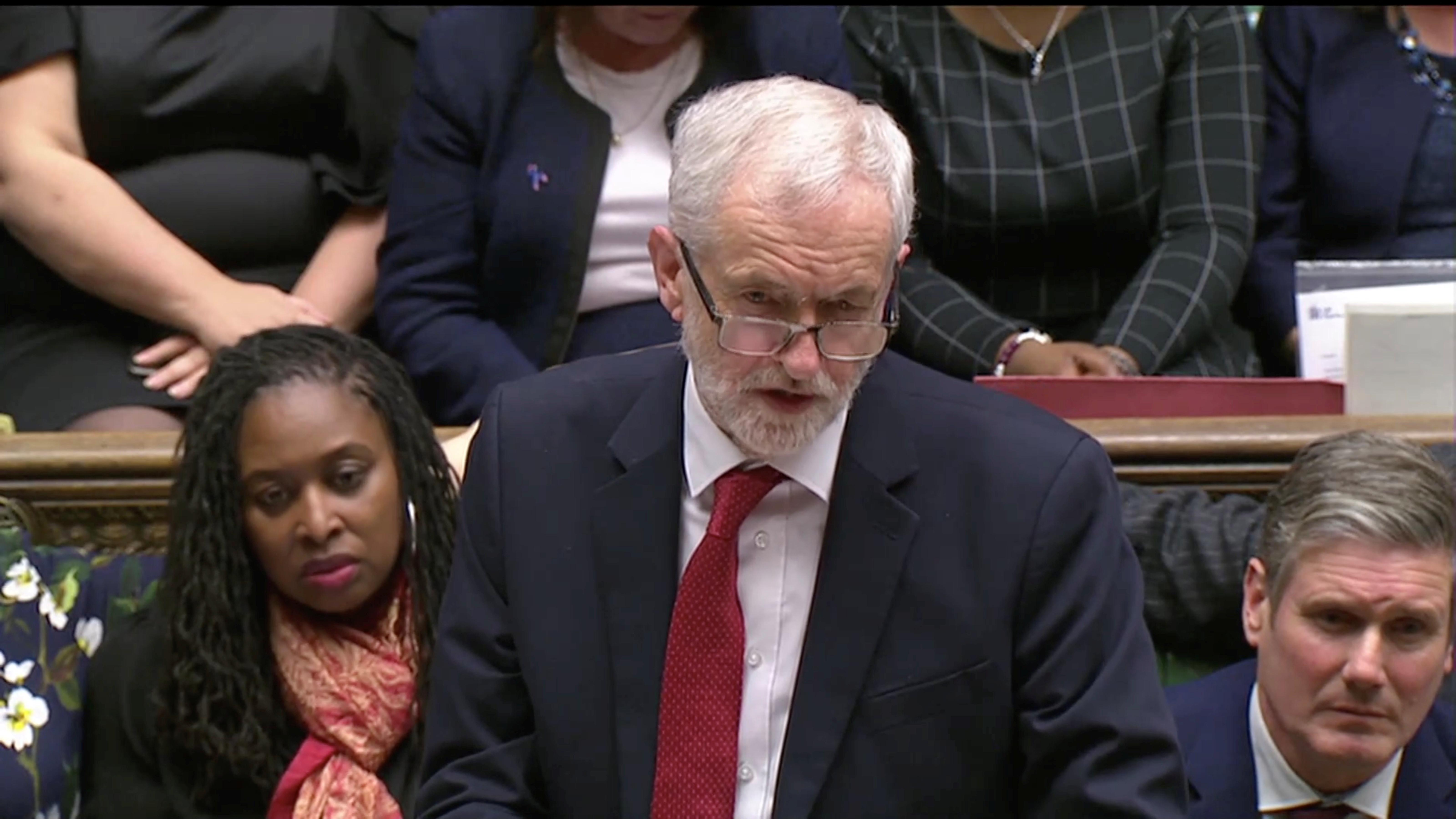 Many opponents of Brexit hope May’s defeat will ultimately lead to another referendum on EU membership, though Brexit backers say that thwarting the will of the 17.4 million who voted for Brexit could radicalize much of the electorate.

“I became prime minister immediately after that referendum,” May said. “I believe it is my duty to deliver on their instruction, and I intend to do so.”

Brexit supporters cast leaving as a way to break free from a Union they see as overly bureaucratic and fast falling behind the leading economic powers of the 21st century, the United States and China.