IRA threat to Brexit border posts in Ulster: Checkpoints in Northern Ireland after we leave the EU could become targets for dissident republican groups, MPs warn

Security checkpoints and customs bases in Northern Ireland after Brexit will become targets and a ‘recruiting badge’ for dissident republican groups, MPs have warned.

It came after MI5 carried out an investigation into the terrorism threat linked to ‘installations or infrastructure at the border’ with the Irish Republic.

The intelligence agency said it feared the New IRA could become a more dangerous threat in the future. 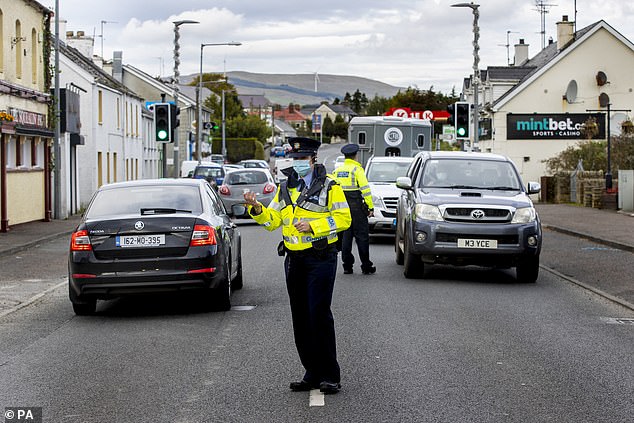 Security checkpoints and customs bases in Northern Ireland after Brexit will become targets and a ‘recruiting badge’ for dissident republican groups, MPs have warned 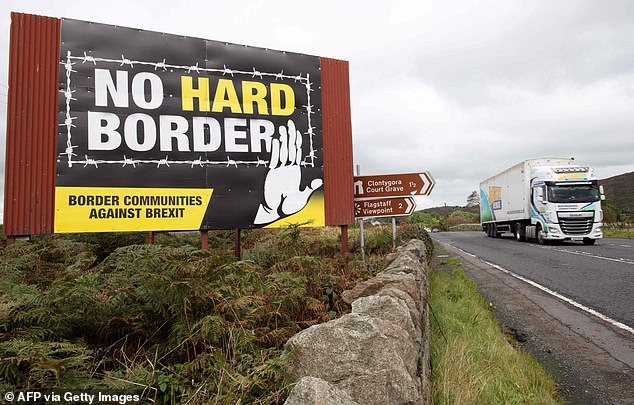 MPs on the Commons intelligence and security committee released a report into Northern Ireland terrorism concluding that security and customs bases would ‘increase the risk of political violence in border areas’.

They also warned that dissident republican groups, including the New IRA, were recruiting ‘significant numbers of young people’.

The report stated: ‘Any infrastructure erected at the Irish border to handle customs or security checks would immediately become a target for DR [dissident republican] attacks.’

It said infrastructure ‘will be both a target and a recruiting badge for dissident republican groups’.

It also warned the changes may ‘reignite the threat from loyalist groups that have previously held a ceasefire’. 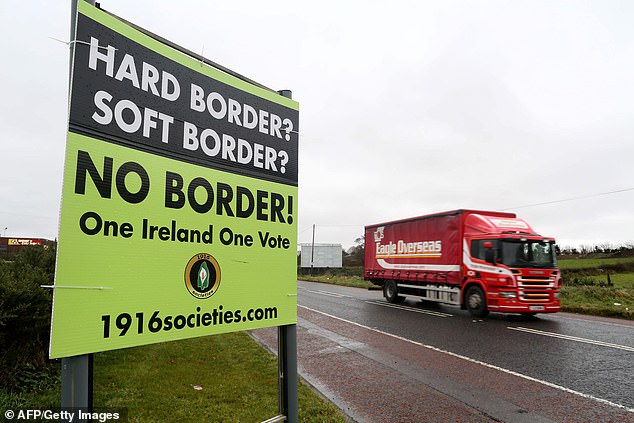 Germany: We MUST avoid No Deal

Allowing Brexit trade talks to break down without a deal would be ‘totally irresponsible’, Germany warned last night.

In comments that will pile pressure on Brussels to soften its hardline stance, German foreign minister Heiko Maas said both the EU and the UK should do everything possible to avoid the disruption of No Deal.

Speaking after a meeting in Berlin between German chancellor Angela Merkel and the EU’s chief Brexit negotiator, Michel Barnier, Mr Maas said the pandemic had ‘made an agreement even more urgent’ for both sides.

He added: ‘With today’s health and economic challenges, people on both sides of the Channel have enough to shoulder, so it would be totally irresponsible to burden them in this position with additional problems through a No Deal.’

Mrs Merkel recently said she remained ‘optimistic’ about the prospects for a deal and insisted the EU would approach the final weeks of negotiations in ‘a constructive mood’.

Last night, cautious hopes were raised in Whitehall that Germany, which currently holds the EU presidency, might finally be gearing up to push for a deal. Ministers hope Mrs Merkel will lean on French president Emmanuel Macron to give ground over fishing, which threatens to scupper the talks.

The report pointed to a study in February last year that warned that a return to violence in Northern Ireland would be ‘inevitable’ if there was a hard border.

The study also said marginalised nationalist youths would be susceptible to ‘being groomed into violent activity by dissident republicans’.

Labour’s Kevan Jones and the SNP’s Stewart Hosie, who sit on the committee, said in a joint statement: ‘Dissident republican groups appear to be continuing to recruit new members – including significant numbers of young people.

‘Unless wider issues are addressed, dissident republican groups will continue to offer an appealing ‘brand’ for new generations and the threat will remain.’

The report said the number of attacks last year demonstrated that the main dissident republican groups were ‘resilient and retain both the intent and capability to cause serious damage’.

It referred to evidence from MI5, which warned MPs: ‘It is at the forefront of our minds that the New IRA could become a still more dangerous threat’.

MPs also said the New IRA – which was responsible for shooting journalist Lyra McKee dead during riots in Londonderry last year – is the most widespread of the four main dissident republican groups. But there were signs of closer co-operation between the groups than before.

MPs said that while there was an initial public backlash against the New IRA in the aftermath of the murder of Miss McKee, MI5 warned that the group had ‘rallied almost immediately’.

There were three other attacks by DR groups last year, including a car bomb detonated outside a courthouse in Londonderry.

A postal bomb was sent to Heathrow Airport and police were called to a hoax device where a hidden bomb exploded in County Fermanagh. No one was injured in the attacks.

MPs insisted that taking terrorists off the streets through criminal prosecutions must be a priority for MI5.