Iain Duncan Smith slammed those who were peddling "constitutional nonsense" to allow MPs to decide what happens next with Brexit, as they launched a full-frontal assault to take control. 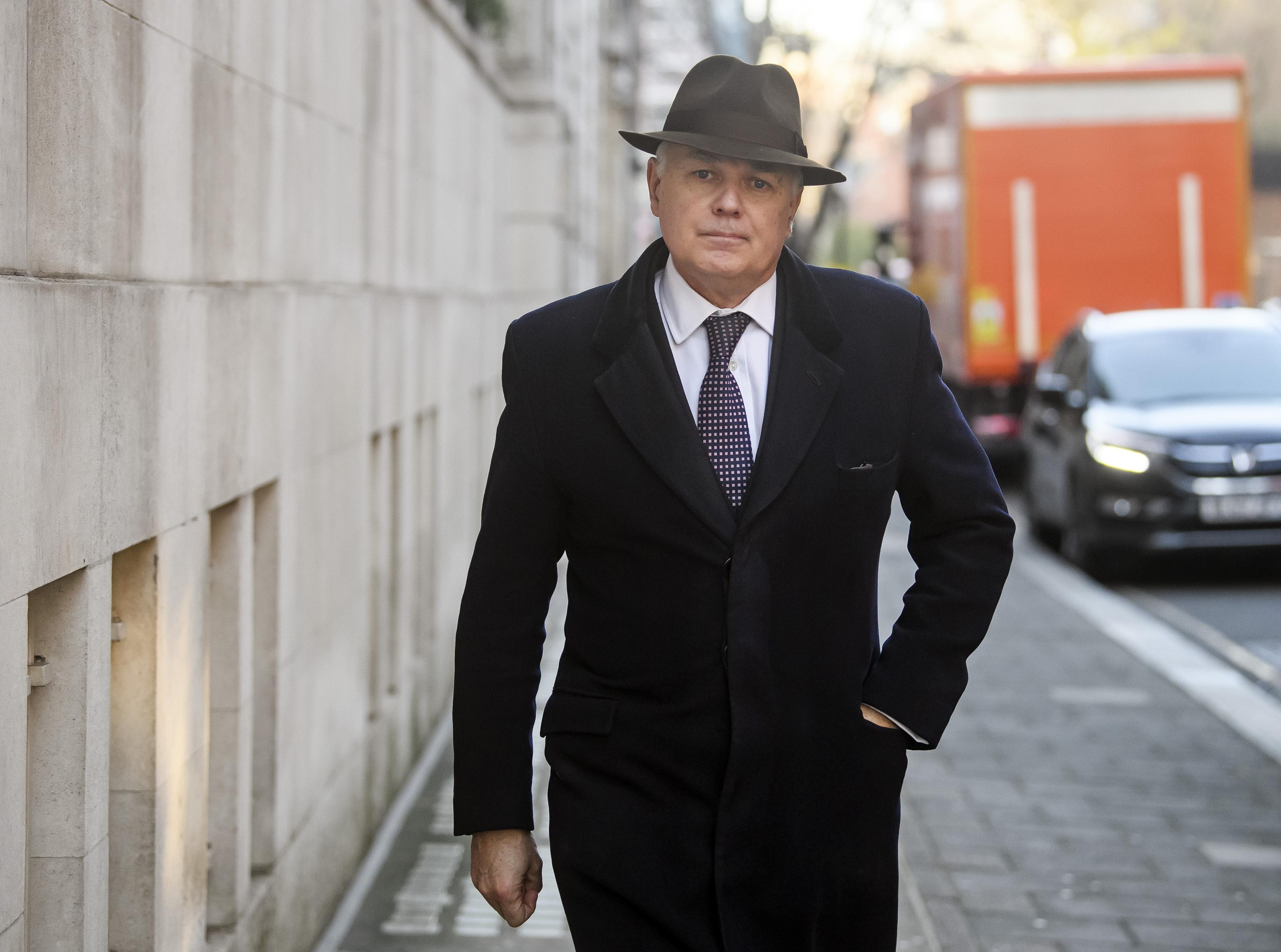 MPs last night tabled a series of amendments to Theresa May's Brexit plans, opening the door to a second referendum, delaying Brexit, or giving MPs all the control and overturning decades of Parliament rules.

But ex-Tory boss Mr Duncan Smith said the plans could cause "mayhem in the House of Commons".

He told BBC Radio 4: "Those who think that MPs could act as a Government negotiating a trade deal are living in cloud cuckoo land."

And he added: "If Labour supports that, they would have to think about what would happen if they were in power and didn't have a massive majority."

"Stop threatening, and get on with the one thing Britain said it wanted."

And for those trying to delay Brexit he warned that the British people "will be very angry".

Mr Duncan Smith said the PM had to ensure that the Government were not able to vote for the plans – because they go against everything they are trying to push through.

His stark warning came as:

But last night Amber Rudd warned that up to 40 ministers could be set to quit if they aren't allowed to vote on them next week.

Sources yesterday revealed the pro-EU Work and Pensions Secretary has told the PM’s aides she faces ‘dozens’ of resignations unless they can back a radical cross-party Brexit plan.

And The Sun revealed that pro-EU MPs are ready to call for a second Brexit vote in a 'Doctor's amendment' to the PM's deal too.

Brexit chaos: What do MPs want to do?

Although the debate will be on a so-called "neutral motion", stating only that the Commons has considered her statement, MPs will have the power to table amendments dictating what should happen next.

Speaker John Bercow – known for his pro-EU sympathies – will choose which ones MPs can vote on.

COOPER – NINE-MONTH DELAYYvette Cooper is tabling a bill to stop Britain leaving the EU without a deal on March 29.

She proposes that if there isn't a deal by February 26, MPs could delay Article 50 for nine months – giving ministers until the end of the 2019 to secure a withdrawal agreement.

The bill is a standalone law, but an amendment to the PM's statement would see it catapulted to the top of the Commons agenda.

Jeremy Corbyn is considering supporting the move, which would give it a good chance of passing.

Dominic Grieve has proposed an amendment which would effectively transfer power from the Government to the Commons.Under the terms of his proposal, Article 50 could be suspended indefinitely – keeping us in the EU – on the say-so of 300 MPs, which is less than a majority.

The MPs would have to come from at least five different parties, with a minimum of five Conservatives involved.

The amendment would tear up centuries of precedent by limiting the Government's ability to govern and so is unlikely to succeed.

The non-binding motion would see Britain seek to reopen the withdrawal agreement – something the EU insists is impossible.It also suggests that the Government should allow MPs to vote on whether or not to back a second referendum.

Senior backbencher Hilary Benn wants ministers to stage a series of "indicative votes" on what to do next.

That would allow MPs to have their say on their preferred outcome – from No Deal to a second referendum.

An amendment from Labour Remainer Stella Creasy is a bid to secure a "citizen's assembly" on Brexit.It would force the Government to delay Article 50, then convene an assembly of 250 representative voters to discuss the way forward.

Labour's Rachel Reeves has drawn up an amendment which would simply delay Brexit by up to two years if Britain is heading towards a No Deal.It's a simplified version of the bill tabled by Yvette Cooper.

A group of pro-EU MPs from a medical background are planning an amendment which would trigger a second referendum.Tory Remainer Sarah Wollaston is drawing up the motion which she says would allow voters to express "informed consent" to Brexit. 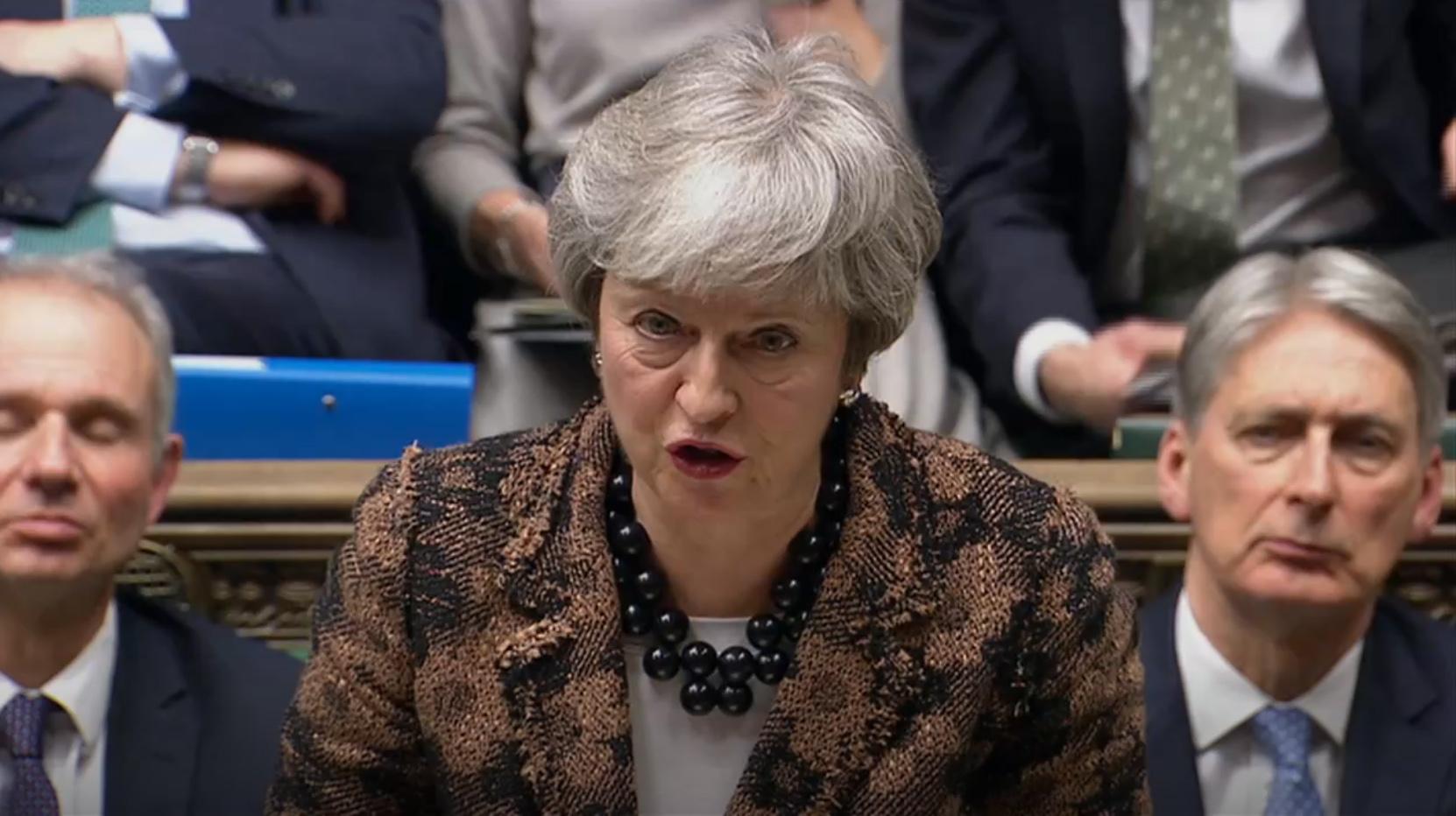 It comes after the PM laid out her Plan B for Brexit last night – which is essentially exactly the same as her Plan A.

She said she would talk to the DUP and go back to Brussels to force through changes to the hated Northern Ireland backstop.

The EU's Michel Barnier gave some hope yesterday when he said for the first time that parts of the agreement could be re-opened.

Why do MPs hate the Northern Ireland backstop and what can May do to win them over?

It will mean we're tied to the bloc in a customs union for years to come and have to follow their rules to make sure there's no hard border in Ireland.

The PM's insisted that there's no way we can ditch it totally because the EU just won't buy agree to it.

Here's what she could push for.

Last week an amendment was put down by an MP calling for a one year limit on the backstop, but it wasn't called to be voted on by the Speaker. The EU has said this can't be done, but after the PM's humiliation last week, could a small tweak like this save the deal?

The PM's said that a trade deal will have to be completed by June 2020 – but there's no guarantee of this. If the EU agreed to legally promise it in the Brexit agreement, MPs could get behind it.

The UK, Ireland and the EU could all legally promise they won't put up a hard border in Northern Ireland if we leave with No Deal with a fresh agreement.

One shocking plan could see the UK and Ireland agree a set of additional comments to the 1997 peace treaty, saying both sides would guarantee an open border.

But opening such a controversial and politically sensitive deal, which finally brought peace to Northern Ireland after the troubles, will be seen as reckless and furiously opposed by MPs, and so is incredibly unlikely.

And Poland broke ranks to say the hated backstop could be limited to five years to win over Brexiteers.

But German Justice minister Katarina Barley said today she was disappointed by her decision to go back and ask for more.

"That's not the way forward," she said, demanding a second Brexit vote instead to overturn the result.