Now the Brexit rebels vow to change law: MPs hope to force the Prime Minister to accept whatever plan the Commons chooses tonight 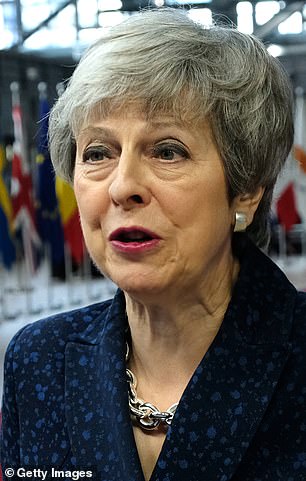 Rebel MPs warned Theresa May last night that they will change the law to force her to accept whatever Brexit plan they pick tonight.

A series of paper ballots will be held this evening on alternatives to her deal after backbenchers seized control of the Commons timetable in an unprecedented turn of events.

Mrs May has said she will not be bound by the results of these indicative votes, which could demand a soft Brexit.

MPs will be given the chance to say Yes or No to a list of options, which are expected to include staying in a customs union, having a second referendum and even cancelling Brexit altogether.

But the rebels revealed plans last night to take control again on Monday, giving them the opportunity to bring forward legislation forcing Mrs May to act on their preferred plan.

Tory former minister Nick Boles told BBC Newsnight: ‘If the Government refuses to listen to what Parliament has voted for, we will bring forward a Bill that will require it to reflect Parliament’s wishes.’

Mrs May faced a Cabinet row yesterday over whether to give Tory MPs free votes letting them choose which options they support.

Ministers who want to back a softer Brexit said they might resign if they are whipped against picking choices such as staying in the customs union or single market.

Despite the Government warning that it would set a ‘dangerous, unpredictable precedent’, MPs voted on Monday by a majority of 27 to let backbenchers led by former Tory minister Sir Oliver Letwin seize control of the Commons agenda today.

Under his plan they will hold votes this evening to work out what kind of Brexit has a chance of securing majority support among MPs.

Commons Speaker John Bercow will pick the options to be on the ballot paper this afternoon, drawn from motions submitted by MPs last night. Eight had been submitted last night. 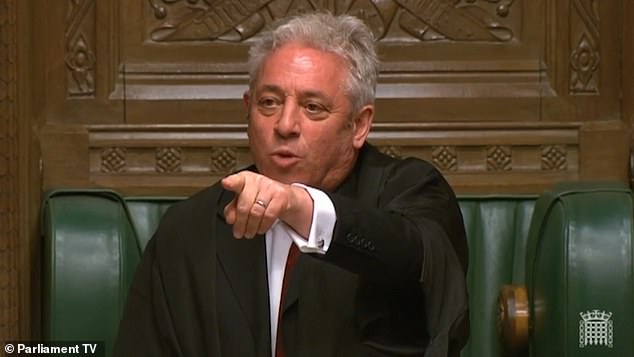 In one of them, a cross-party group led by Mr Boles, fellow Tory Robert Halfon and Labour MPs Stephen Kinnock, Lucy Powell and Diana Johnson have put forward a Common Market 2.0 plan.

It would keep the UK in the single market and involve a new customs arrangement, meaning continued freedom of movement and contributions to the EU budget.

Labour MP Gareth Snell has tabled a proposal to negotiate a new customs union with the EU.

Meanwhile, Labour former foreign secretary Dame Margaret Beckett has put forward a motion stating MPs will not sanction Brexit unless it is put to the electorate for a ‘confirmatory vote’.

At 7pm, instead of voting in the division lobbies, MPs will be given slips listing the Brexit options selected by Mr Bercow.

They will get half an hour to mark Aye or No next to each, with the result expected at around 9pm.

Sir Oliver is planning to seize control of the parliamentary timetable again next Monday so they can repeat the process to narrow down the options or attempt to pass legislation to enforce them.

Labour’s Hilary Benn told BBC Radio 4’s Today programme: ‘There will be discussions between MPs. Which are the most popular options? We may then change the system for next week as we are trying to narrow it down.’

Richard Harrington, the former business minister who quit on Monday, said yesterday he expected Mrs May to follow the will of Parliament if a majority was formed for one pathway for Brexit, unless the choice was ‘so off the wall she couldn’t do it’.

‘A responsible Prime Minister… will say, “I would rather have my deal, Parliament’s wish is clearly Norway or customs union or whatever. I will go to Brussels with that, but I’m prepared to put my deal to Parliament against that”,’ he said.