Bride-to-be, 35, died of suspected sepsis just hours after saying she felt ‘on top of the world’ – five weeks after banging her arm on a dishwasher

A bride-to-be who died of suspected sepsis told her fiance she felt ‘on top of the world’ hours before her death – five weeks after banging her arm on a dishwasher.

Leanne Davies, 35, from Aberdare, South Wales, had finished a course of antibiotics and felt well enough to go for a job interview at a local Tesco.

She returned home ‘bouncing’ because it went so well.

Her fiance Andrew Watkins, 51, was preparing a celebratory lunch when the mother-of-two told him she was not feeling hungry and went upstairs for a lie down.

He went to check on her 40 minutes later to find she had died. A trained first-aider, he frantically tried CPR until an ambulance arrived, but she could not be saved. 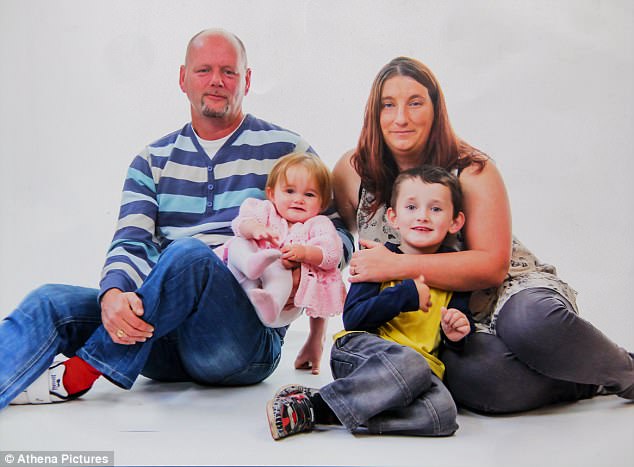 Leanne Davies with her fiance Andrew Watkins and their two children Cody, eight, and Lilly, four

Medical staff have told him that Miss Davies may have died of a sudden re-emergence of her sepsis.

Although she had just finished a course of antibiotics, she was still complaining of pain in her arm and had gone to hospital for another course of tablets four days before she died.

The lethal condition kills an estimated 44,000 people a year and is known as the ‘silent killer’ because symptoms develop so quickly.

Mr Watkins, a care worker, said: ‘She was still complaining of pain. I’m pretty sure she died of sepsis.

‘She had no chest pain, it wasn’t like a heart attack or anything and I know sepsis can be that sudden.’

The couple, who had been together for 14 years, planned to marry next year after saving up enough money for the ceremony and a honeymoon.

Miss Davies had an interview for a job with the supermarket chain Tuesday, the day she died.

Mr Watkins said: ‘She came home on top of the world saying it had gone well and she was really hopeful of getting the job.

‘I said I would prepare us some lunch but half an hour later she said she didn’t feel like eating. She went to bed for a lie down and I went to check on her, she was very hot, sweaty and clammy.

‘But she was under the quilt so I wasn’t too worried. When I went up 40 minutes later she had gone.

‘I kept on doing CPR until help arrived but she I couldn’t save her.’ 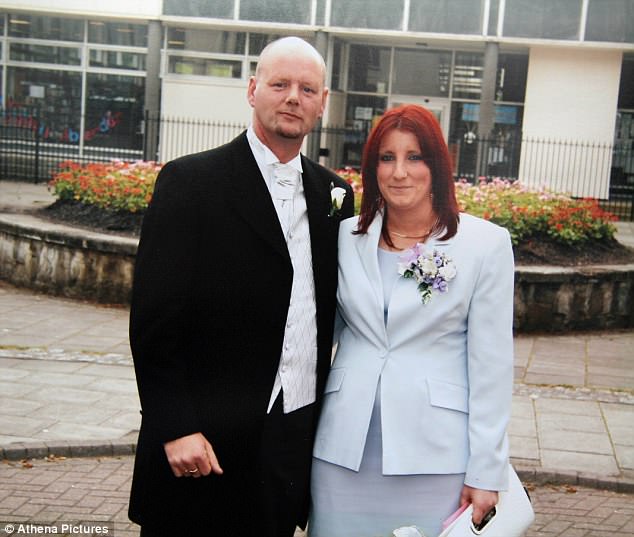 Pictured: Leanne Davies with her fiance Andrew Watkins. Medical staff have told Mr Watkins that Miss Davies may have died of a sudden re-emergence of her sepsis

The couple’s two children Cody, eight, and Lilly, four, went to stay with their grandparents for the night while Andrew went into shock.

Speaking through tears, he said: ‘Their grandfather, Leanne’s dad, was going to tell them but he rang me in bits saying he couldn’t do it.

‘I told them when they came home the next day – it was the hardest thing I’ve done in my life. How do you tell little children they’re not going to see their mum again?’

Miss Davies had been working at a care home home in April when she bumped her arm on a dishwasher.

Her doctor sent her to Prince Charles Hospital in Merthyr Tydfil where she was diagnosed with sepsis.

She was given antibiotics and later started physiotherapy on her elbow, which was stiff and uncomfortable.

Mr Watkins said: ‘She went for physio last Friday [May 18] and asked if she could have more antibiotics because it was still troubling her. 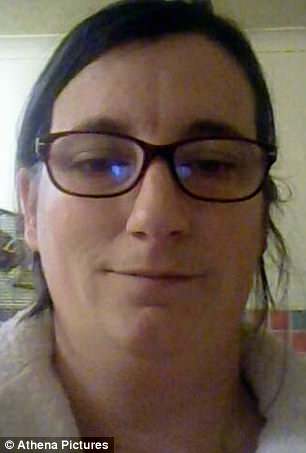 ‘She had to get them through the doctor so there was a delay but she had started taking the tablets again.

‘I’m convinced she has died of sepsis caused by hitting her arm on the dishwasher at work.

‘I asked her about it and she said it was nothing, she didn’t even want it entered in the home’s accident book.’

He added: ‘Things were starting to go right for us – we met when we worked together and just clicked.

‘She was a fantastic mother, she doted on the children and they will be lost without her. All I can do is bring them up in the way she would have wanted. I have promised her I will do that.’

Sepsis is treatable with antibiotics and fluids, but these must be given very early on to prevent serious complications.

NHS guidelines announced in March say that all patients arriving at hospital with possible sepsis should be assessed by a senior doctor and given treatment within an hour.

The new rules mean patients should be checked for symptoms, such as feeling lethargic or a rash that does not fade, given antibiotics and put on intravenous fluids within 60 minutes of arriving at hospital.