Till debt do us part: Bride dumps fiance on the morning of their wedding after he lied about unpaid venue bill (but dons her dress to carry on the party and honeymoon without him) 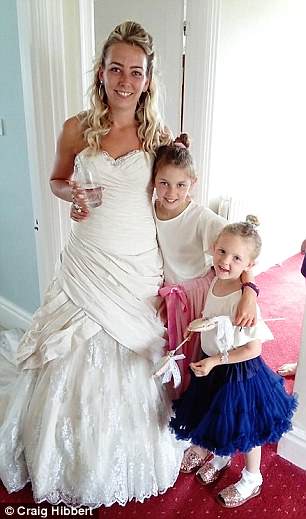 Tears welled up in Harriet Butler’s eyes as she stepped out on her wedding day, wearing her beautiful £900 gown and with the cheers of her family ringing in her ears.

But they were tears of sadness rather than joy.

For Harriet had just dumped her groom – after discovering he had ruined her dream day by failing to pay for their wedding venue.

When relatives broke the devastating news, she initially cried: ‘The wedding is off!’

But in a remarkable display of defiance, she then decided to throw a party anyway in the nearby house where the couple had planned to spend their honeymoon.

‘Because everyone was here I just thought we should make a day of it,’ said 32-year-old Harriet.

‘I wasn’t going to let this be a horrible day so I put on my wedding dress, the bridesmaids put on their outfits, everyone else dressed up and the photographer came round too.’

Avoiding calls from her former fiance Kevin Rogers, Harriet sipped gin and tonics with her friends and posed for photographs in a dinghy lent to them by the local mayor in Bude, Cornwall.

After heading into town where Harriet braved innocent shouts of congratulations from locals, the group tucked into a wedding breakfast at a Chinese restaurant.

‘Everyone was being really positive for me,’ said Harriet, who lives in Dorset. ‘But I did stop a couple of times and think that it was all a little bit surreal.’ 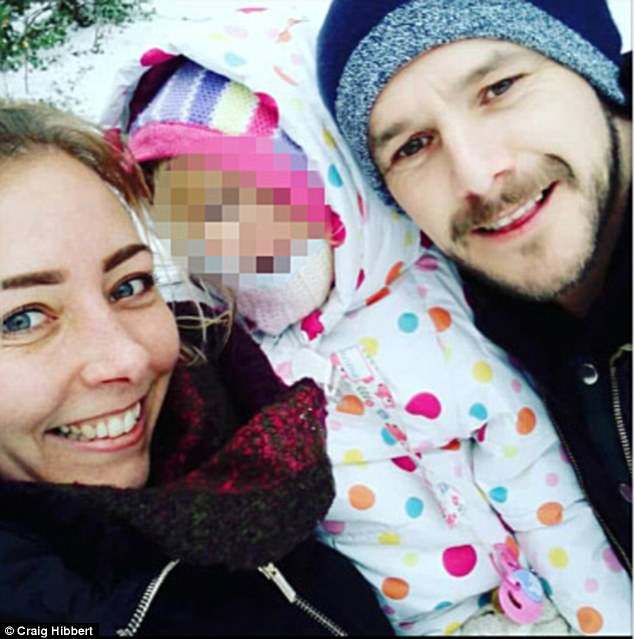 Despite the wedding being off, she lead the congregation to the wedding breakfast at a Chinese restaurant. Pictured: Harriet with daughter Harper and ex-partner Kevin Rogers

Harriet and Kevin had been due to tie the knot at the boutique An Mor Hotel, which boasts spectacular views of the Cornish coast.

It was close to Crooklets Beach, a beauty spot where Harriet had spent happy childhood holidays and where Kevin had so romantically proposed.

They had met in 2015 and Harriet soon became pregnant with Harper, now two. She also has a daughter, Imogen, six, from a previous relationship.

When initial payments to the hotel were missed, Kevin reassured his bride-to-be that it was all a misunderstanding. 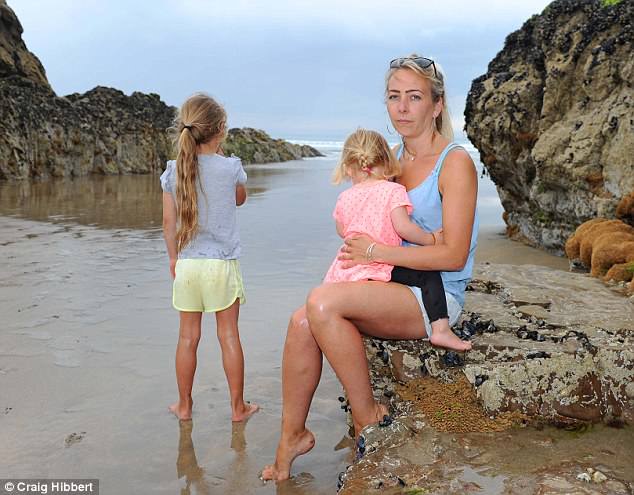 Harriet (pictured with her two daughters on her honeymoon in Bude, Cornwall) described the revelation the wedding had not been paid for as a ‘kick in the face’

Harriet discovered the bill had not been paid in full only a few hours before their ceremony was due to start.

‘It’s not just about the money,’ she said. ‘It was also such a kick in the face that he didn’t talk to me about it.’

Last night, 41-year-old Kevin, who had run into business troubles, said he did not tell Harriet to avoid worrying her and was convinced he could sort out things in time. He added: ‘Now I have lost everything. It has broken my heart.’