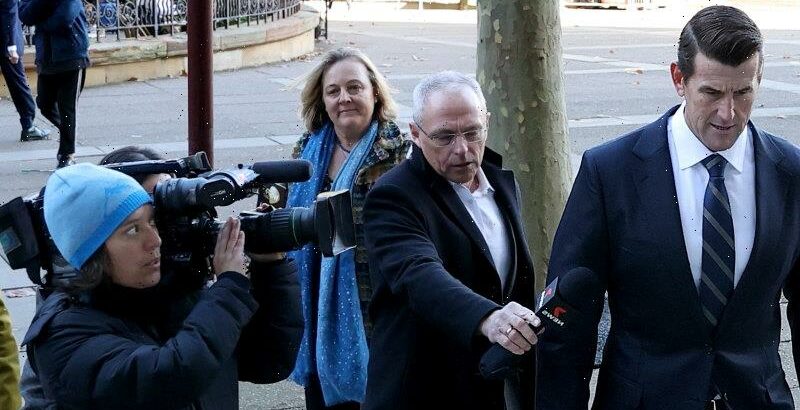 The battle lines in the Ben Roberts-Smith defamation case have now been fully drawn up.

After several days of behind-the-scenes jousting, including closed-court sessions and an intriguing sideshow about whether or not the ex-soldier was in a personal relationship with one of his solicitors (denied by his legal team), we came to the main event. 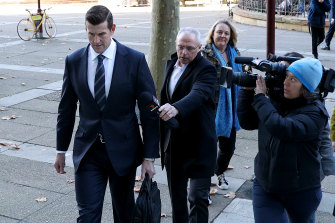 Ben Roberts-Smith arrived through a media scrum for his first day in the witness stand.Credit:Dylan Coker

In The Age and Sydney Morning Herald’s corner, Nicholas Owens, SC, opened with a brief, but quietly devastating address which outlined the defence he’ll be running for the newspapers and their former stablemate, The Canberra Times.

It lacked the colourful phraseology of his chief opponent, Bruce McClintock, SC, who appears for Roberts-Smith. But it mapped out a defence which, if it succeeds, will demolish piece by piece the portrait of the heroic warrior painted at such great length by McClintock on Monday.

McClintock made much of the sheer physical arduousness of the battle zone in Afghanistan, of the difficulty of operating in an environment where insurgents blended seamlessly with civilians and any unknown male putting a hand in a pocket (perhaps to detonate a weapon) could presage instant death.

But Owens says none of the six unlawful killings – the six murders – that the media outlets allege Roberts-Smith was involved in were heat-of-battle or “fog-of-war” situations.

These were prisoners, or Persons Under Control – PUCs in military jargon. Under the international rules of warfare, “once a person is placed under control, no matter that he may be without a shadow of a doubt the most brutal, vile member of the Taliban imaginable, an Australian soldier cannot kill him”. To do so was murder, Owens said.

The choice for Justice Anthony Besanko would be stark, he warned. Everything would come down to who was lying. “Your honour will be asked to choose between two diametrically opposed stories incapable of being reconciled to one another.”

Owens says there was a “remarkable pattern” of “spikes” in Roberts-Smith’s use of those phones around the time of key events, such as the first interview he had with a team from the Inspector-General of the Australian Defence Force, who probed alleged war crimes in Afghanistan.

“We will contend that Mr Roberts-Smith has engaged in a pattern of behaviour over many years calculated to undermine the integrity of the evidence relevant to allegations made against him,” Owens said.

To back its arguments, Nine will call 21 current or former special forces soldiers, members of the SAS, to give evidence. Some of these men are under investigation themselves, Owens said. Was it really credible that they would expose themselves in this way because of jealousy, as McClintock has argued?

“The suggestion that the testimony of 21 men is a fabrication as a result of jealousy or the product of trauma is inherently implausible.”

Throughout this assault on his case, Roberts-Smith sat silently, shaking his head from time to time. It was mid morning before he was able to get into the witness box for the first time, where McClintock invited him react to what Owens had just said.

“It breaks my heart actually, it’s devastating, quite frankly” the former soldier told the judge.

Roberts-Smith is now likely to be in the witness box for days as he tells his story. McClintock led him through his army career, his business life after leaving the service, his volunteer work for charities.

Then he turned to Afghanistan, where Roberts-Smith began recounting, blow by blow, the key battles that will be relevant to this case. McClintock has also begun the task of challenging the credit of the witnesses likely to be hostile to the former soldier.

For Roberts-Smith the day ended in dramatic fashion. Having held his composure for hours, it broke as he described the events at the battle of Tizak which won him the Victoria Cross. With Roberts-Smith suddenly struck silent, and near tears, his honour called a halt to proceedings. They resume on Friday.