British tourist, 28, is fighting for life after being attacked by three men during Cyprus holiday

Three men have been arrested for assaulting a 28-year-old British tourist who was on holiday in Cyprus.

The young Brit is fighting for his life in intensive care after suffering from serious head injuries in the resort of Coral Bay, just north of the city of Paphos.

Police have arrested three men in connection with the assault which is believed to have happened at around 1.30am on Wednesday.

The alleged ringleader, a 41-year-old man, will be held in custody for eight days while police investigate the case. 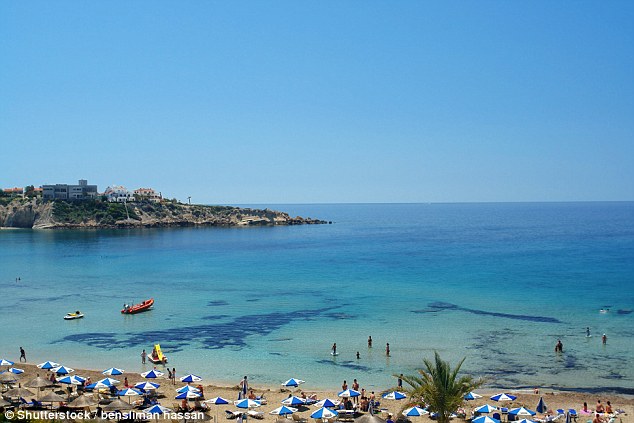 A British tourist, 28, is fighting for his life after being attacked by three men in the resort of Coral Bay, just north of the city of Paphos (stock picture of Coral Bay)

The 41-year-old man is thought to be British while the 27-year-old is said to be a Greek Cypriot and the 34-year-old man a Bulgarian national, reports CyprusMail.

According to local media, the 28-year-old Briton was attacked by the suspects at night.

Police found him bleeding on the street and initially presumed that he was drunk.

However, they then quickly realised he had been the victim of an assault.

The young Brit was rushed to the Paphos General Hospital where doctors diagnosed him with life-threatening head injuries. 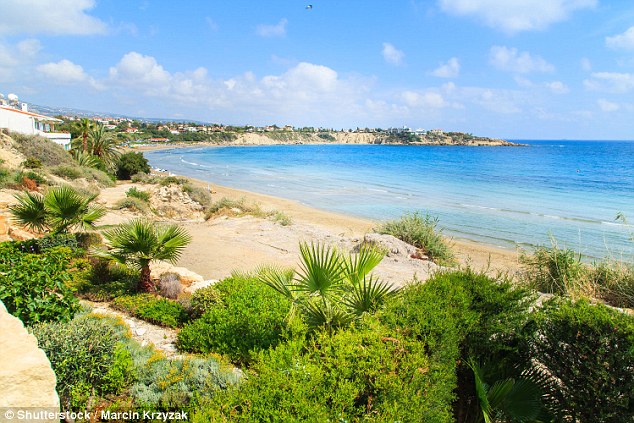 Three men, aged 41, 34 and 27, have been arrested in connection to the incident early on Wednesday morning

He was then transferred to the Nicosia General Hospital and admitted to the Intensive Care Unit.

After police officers interviewed eyewitnesses in the area where the British tourist was discovered, they arrested the 41-year-old suspect.

The man was reportedly on the island visiting relatives.

Cypriot authorities are continuing to investigate the incident.