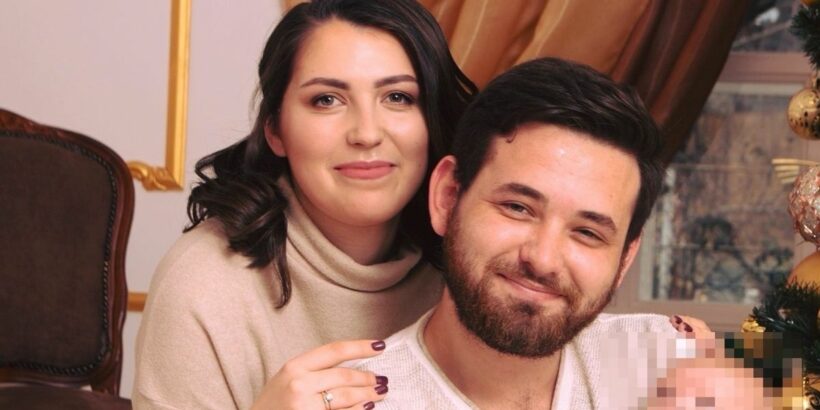 A Brit dad is heading to Ukraine in a desperate bid to save his wife and baby as Russia continues to cause devastation across the country with its full-scale invasion.

Ian Umney, from London, says he will reunite with his family "by whatever means" possible as Putin's troops continue to cause bloodshed in Ukraine.

The teacher is hoping to track down his wife Neila and their two-year-old son following the chaos that has erupted in Ukraine.

After wracking his head around with stress, Ian decided to pack his bags and rush to Manchester Airport on Sunday, February 27, reports The Sun.

The dad started off his journey by flying to Krawkow in Poland, the next step in his rescue mission will include catching a train to Ukraine.

Speaking on a TikTok video, Ian said: "I cannot sit here, while my wife and son are in Ukraine, and watch the freedom and safety of Ukraine be threatened by Putin.

“I took four days of stress, upset, hurt, and anger but now I have packed my bag, planned, written my letters.

“I’m now on the way to reunite with my family by whatever means.

Do you have family who are trapped in Ukraine? Share your story with us at [email protected]

“Please continue to support Ukraine and those who are in need.

“I will post updates. I love you all. I will be safe. Stand strong, Ukraine."

The father updated his millions of viewers by letting them know he was one step closer to finding his family as he safely arrived in Poland.

He jokes that he feels like a "Brit abroad" after packing his tea bags and cigarettes for his life-saving trip.

"If more people are present at my funeral than were at my birth then I shall have succeeded in life," he added.

Ian was commended for his courage as he made his way towards the border.

On pal said: "You need to get them out mate ASAP.

“Anything could happen over there.”

While another commented: "Thinking of you all, go protect your family.”

It comes as at least 400,000 Ukrainians have managed to escape to neighbouring countries.

It has been reported that a peace talk is underway between Moscow and Kyiv on Belarusian-Ukrainian border.

To stay up to date with all the latest news, make sure you sign up for one of our newslettershere .