Why ARE so many Britons falling from Magaluf hotel balconies? British diplomats are summoned to try and solve the crisis after several are killed or injured already this summer

British diplomats have been called to an emergency meeting to try and curb the number of balcony falls in Magaluf.

It comes after a Brit holidaymaker survived a 75ft plunge from his hotel hours after England’s World Cup win over Colombia.

Danny Shimell, 19, is fighting for his life after falling from a balcony in the early-hours of Thursday. 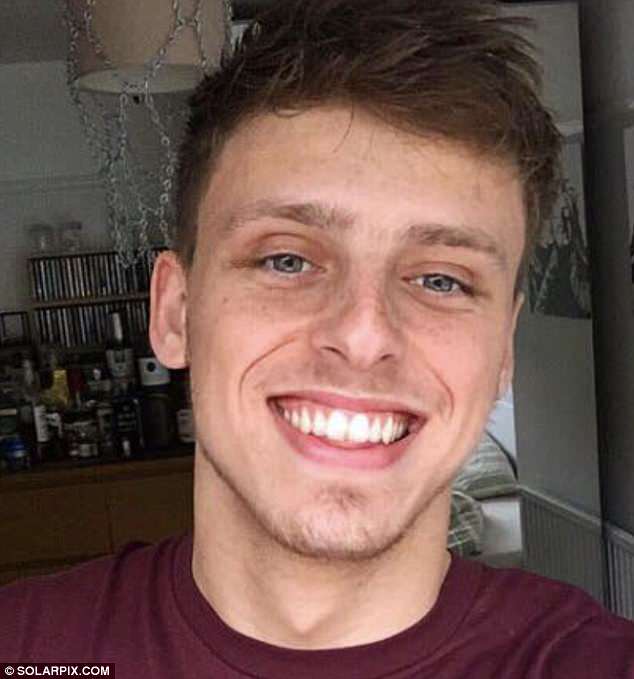 Danny Shimell, 19, is fighting for his life after a 75ft plunge hours after England’s World Cup win over Colombi 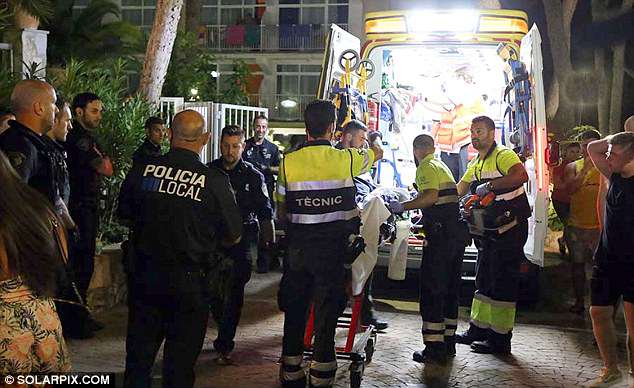 Paramedics rush the teen to hospital (pictured). Two Brits have died in balcony falls in three months on the party island

The keen skateboarder and amateur rugby player was with a group of friends including his girlfriend.

In the past three months two Brits have died in falls in Magaluf.

On June 3 Welshman Tom Hughes, 20, died at an apartment block in Magaluf he is thought to have mistaken for his hotel. 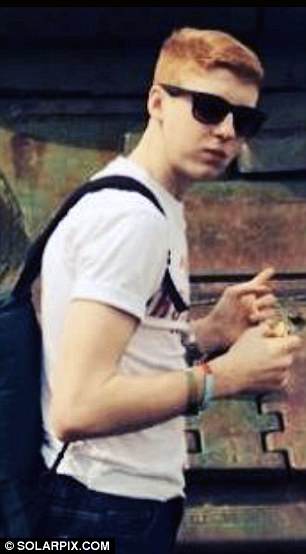 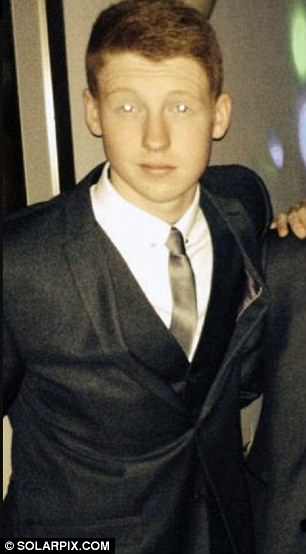 On April 27 Scots bar worker Natalie Cormack died at the same apartment block as Tom – Eden Roc in Magaluf – after trying to edge her way along an overhang around a locked entrance door after she discovered she didn’t have keys to get in.

She plunged the equivalent of seven floors.

A glass panel has since been erected at the spot where she died in a bid to avoid a fresh tragedy.

A 22-year-old Brit holidaymaker lost several teeth as well as suffering a broken leg and broken jaw in a fall from the BH Mallorca in Magaluf on June 8. 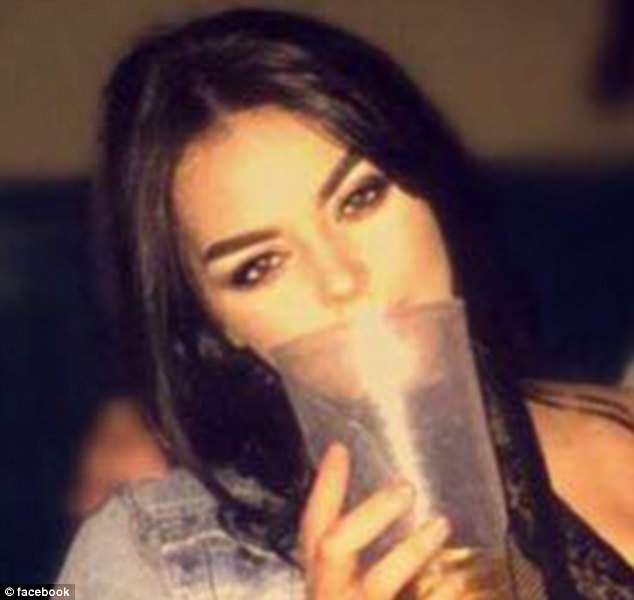 A French teenager became the third person to die in a balcony fall in Magaluf so far this year after succumbing to his injuries in hospital on Monday following a hotel plunge.

Magaluf council chiefs have also summoned representatives of the local hotel association to come up with a solution to the problem.

A spokesman for Calvia Council, which covers the Magaluf area, confirmed a meeting had been arranged at 9.30am on Friday at the town hall to analyse the problem of hotel and apartment falls in and around Magaluf’s raucous strip Punta Ballena. 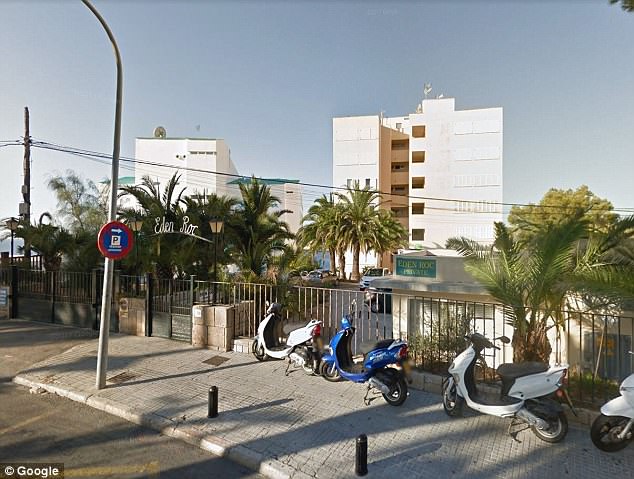 Tom Hughes and Natalie Cormack both plunged to their deaths from the apartment Eden Roc block (pictured, right)

She said: ‘Given the concern about the number of people killed or injured in falls in the last few weeks, principally in the Punta Ballena area, Calvia Council has called a meeting to analyse the the problem, gather together all the information possible and see what more can be done.’

The local authority added in a statement those asked to attend the meeting included reprensentatives of the British consulate, the Palmanova-Magaluf Hotel Association and central government representatives for the area.

Sebastian Darder, president of the local hotel association, has already confirmed this year’s balcony fall toll is worse than last year’s and said he has asked police and other authorities to clarify if recent casualties had consumed drugs that could have caused hallucinations.

Local council officials are expected to use the meeting to repeat their long-standing demands regional governors crack down on the excessive consumption of alcohol by tourists flocking to Magaluf.

Calvia’s deputy mayor Andreu Serra reiterated yesterday during a radio interview that changes like the banning of happy hours and the inclusion of alcohol in all-in hotel offers which required regional government intervention, were needed.