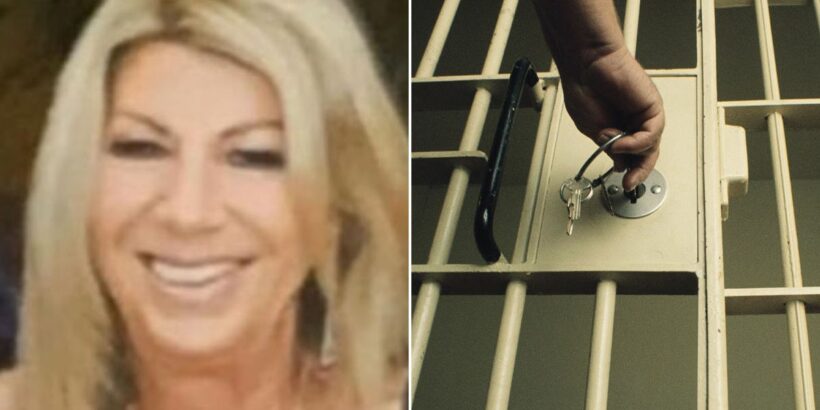 A Brit gran claims she was banged up in a Spanish jail without food or water for more than 24 hours after she lost her passport on a British Airways flight.

Sharon Dempsey, 65, had jetted off on a two-week holiday to Benidorm to celebrate her brother surviving a quadruple bypass last year.

But the holidaymaker, from Glasgow, Scotland, ended up in a cell after she realised that her passport was missing when she arrived in Alicante on Saturday morning (May 7).

The great-gran was left "traumatised" after Spanish cops dumped her in a detention centre and left her there until 12.30pm the following day.

Due to Brexit, British passport holders can only enter Spain with a stamped passport.

Have you had a Holiday From Hell? Email [email protected]

Sharon said once she arrived without the documentation, she wasn't even allowed to go outside for a cigarette and received no food or water until 10pm on Saturday.

Her daughter, Adele Dempsey, secured documentation from the Foreign Office that enabled Sharon to fly with British Airways to London Gatwick at lunchtime the following day.

She arrived back home on Monday and told the Record: "I'm so exhausted, I can't think straight after what has happened.

"I'm totally devastated at how I was treated. Thomas is still in Benidorm and I want to get an emergency passport to join him, but don't think I'll be able to do that in time." Adele said the gran of 14 didn't realise anything was missing until she was on the shuttle bus to the airport, reports Glasgow Live.

"She tried to get the shuttle bus back to try and get it but the staff weren't helpful and said that the cleaners can often throw passports away if they're left on the flight," the daughter added.

Adele spoke to the Consulate who advised her to book a flight back to Glasgow for Sharon after being given emergency documents provided by them.

However, Sharon was prevented from boarding the EasyJet flight home as airport police said they didn't have the correct document and moved her to the detention centre where she stayed overnight.

Officers told the Glasgow mum that due to changes in travel rules since Brexit, they now can't allow entry to Spain without a physical passport to stamp.

Adele added: "Luckily, after nearly a whole day of not being able to get hold of her, she was finally able to board a flight to London. She was taken by a police escort on the plane arm in arm, and back off the same way.

"She was in a terrible state. She said she hadn't even washed her face and felt so dirty and was left in tears outside Gatwick with another long wait to get back to Glasgow."

The Home Office confirmed that the Foreign, Commonwealth & Development Office assisted a woman who had lost her passport on her outbound flight to Spain and, together with Border Force, worked with the Spanish authorities to help facilitate her return to the UK.