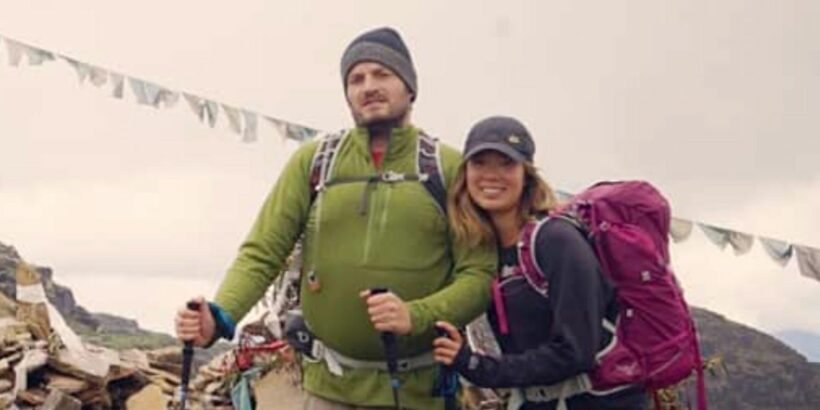 Sign up to TeamDogs for the best dog news, pictures and stories.

A British dad who died alongside his wife and daughter on a hike tried pleading for help in one final text.

The family were hiking on a remote trail under scorching temperatures at Sierra National Forest towards the north of the state.

Police have revealed that a final text message which had been penned by the dad on August 15 but not sent, chillingly read: "Can you help us."

Who Jonathan was trying to contact is not clear but phone records released by the Mariposa County Sheriff’s Office on Thursday at least reveal the serious trouble the family found themselves in.

The drafted text message continued: "On savage lundy trail heading back to Hites cove trail. No water or ver (over) heating with baby."

Tragically due to a lack of signal in the area, the text never sent and as a result no one knew the severity of the family's situation.

The Sheriff's Office also revealed this week that the message was not Jonathan's only attempt at getting help.

The 45-year-old from Lancashire tried calling five different people but crucially not one was the emergency services at the other end of a 911 dial.

Detail about Gerrish's communications during the fatal hike was revealed this week after months of detectives examining data on his phone to get a better idea of the family’s final movements.

Their cause of death baffled investigators after they were found by the authorities searching for them on August 17 after relatives reported them missing.

Investigators eventually reached a verdict that the unbearable 42.3C heat killed the parents and baby who suffered from extreme heatstroke.

Over their 6.4 mile hike with Miju in a backpack-style carrier, the trio got through their two-and-a-half litre water container which was empty when authorities found them.

The family's car was just 1.6 miles away, authorities said.