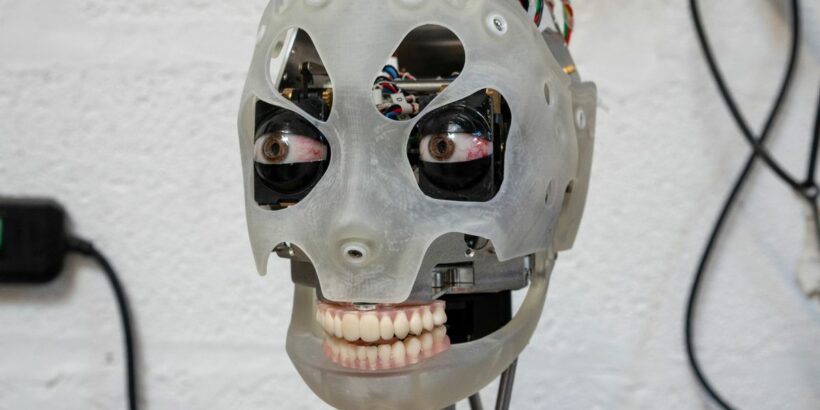 The world's first artificial intelligence robot has been confiscated from its British creator upon entry to Egypt as authorities fear it could be part of an espionage plot.

Ai-Da was built by Aidan Meller, a Brit artist.

The landmark robot has been held for ten days after being stopped on its way to an exhibition set to take place at the Pyramids of Giza.

Ai-Da, which had her first solo exhibition in Oxford two years ago, has had her eyes removed for fears they could contain cameras.

But Mr Meller argues his robotic companion is just an art project to illustrate the future of AI.

He told The Times: "There is a security issue.

"They originally did not like her modems. But the big issue is that they are worried about the cameras in her eyes. I can’t take her eyes out. They are integral [to creating artworks].

"She would also look weird without them. It shows you the fear of robots."

Mr Meller added the authorities had no issue with thousands taking smartphone pictures of the pyramids each day.

The British Embassy got involved in the case after being contacted by Mr Meller.

After hours of difficult conversations between diplomats from the two countries, Egyptian authorities finally released Ai-Da so she could complete her Giza show on Wednesday evening.

Mr Meller had told The Guardian: "The British ambassador has been working through the night to get Ai-Da released, but we’re right up to the wire now.

Ai-Da has given a TED talk and been shown at the V&A, the Design Museum, the Tate Modern and more.

Artworks include what Aidan has described as "the first self-portrait without self".

The creator added: "She is an artist robot, let’s be really clear about this. She is not a spy.

"People fear robots, I understand that.

"But the whole situation is ironic, because the goal of Ai-Da was to highlight and warn of the abuse of technological development, and she’s being held because she is technology.

"Ai-Da would appreciate that irony, I think."