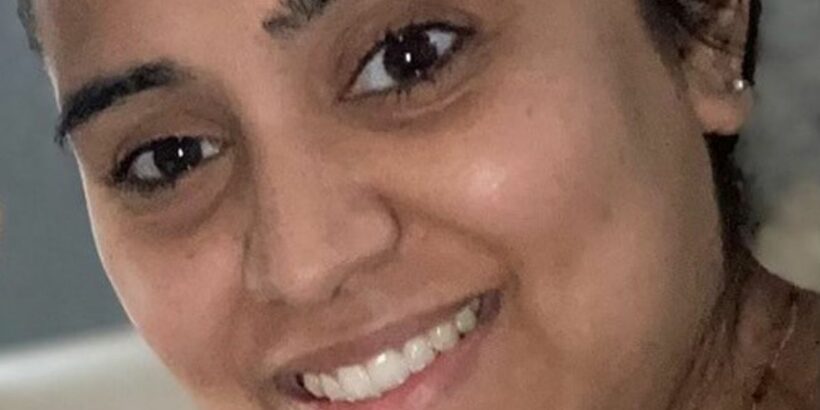 A British mum and her baby are being searched for in the remains of a 12-storey beachfront apartment in the US.

Bhavna Patel, 38, is one of the 99 people confirmed missing by authorities in Surfside, Miami-Dade County, the US, as is her husband Vishal Patel, 42, and their one-year-old daughter Aishani Patel.

A relative of Ms Patel who holds both British and US passports, confirmed the family had not been heard or seen from since the disaster at around 1.30am local time on Thursday, June 24, Sky News reports.

A huge section of the building came crashing down, in what a witness told Fox News sounded like "tornado" or an "earthquake".

Surfside mayor Charles Burkett told NBC that part of the building with balconies facing the beach crumbled, with one floor appearing to have fallen on top of another, cascading down.

Construction work was being done on the roof at Champlain Towers South in the town of Surfside, he revealed, but it is unclear whether the project involved any heavy gear.

A day later and authorities are carefully wading through the debris to uncover the 99 missing people who are understood to have been inside the building at the time of its collapse.

Miami-Dade mayor Daniella Levine Cava has reported 102 people have been accounted for and are safe.

Mayor Burkett said: "The building is literally pancaked. That is heartbreaking because it doesn't mean, to me, that we are going to be as successful as we wanted to be in finding people alive."

The sister of Paraguay's first lady Silvana Abdo, and her husband, three children and family assistant are among those missing in the disaster, according to Paraguayan authorities.

Almost a third of people being searched for by the authorities are foreign nationals, particularly from South America, Florida Senator Marco Rubio tweeted.

Valeria was attending a tennis camp in South Florida but the trio have not been heard from since 8pm local time on Wednesday, Sky News reports.

Nine people from Argentina, six from Colombia, four from Venezuela, and three from Uruguay are missing, according to officials in those countries.

An elderly couple who lived on the 10th floor in unit 1001, have been confirmed missing by a family member.

Senator Rubio says he is working with the consulates of different Latin American countries to help some of the families get US visas.

Teams of 10 to 12 rescuers have been sifting through the wreckage for survivors since the collapse.

A mother and child have already been freed alive from the rubble but the woman's leg had to be amputated, Frank Rollason, director of Miami-Dade emergency management, told the Miami Herald.