A BRITISH man murdered his wife then killed himself by crashing his camper van into a lorry on a Spanish motorway, police believe.

The unidentified 38-year-old driver died instantly in the horror on the A-381 highway at Los Barrios near Gibraltar. 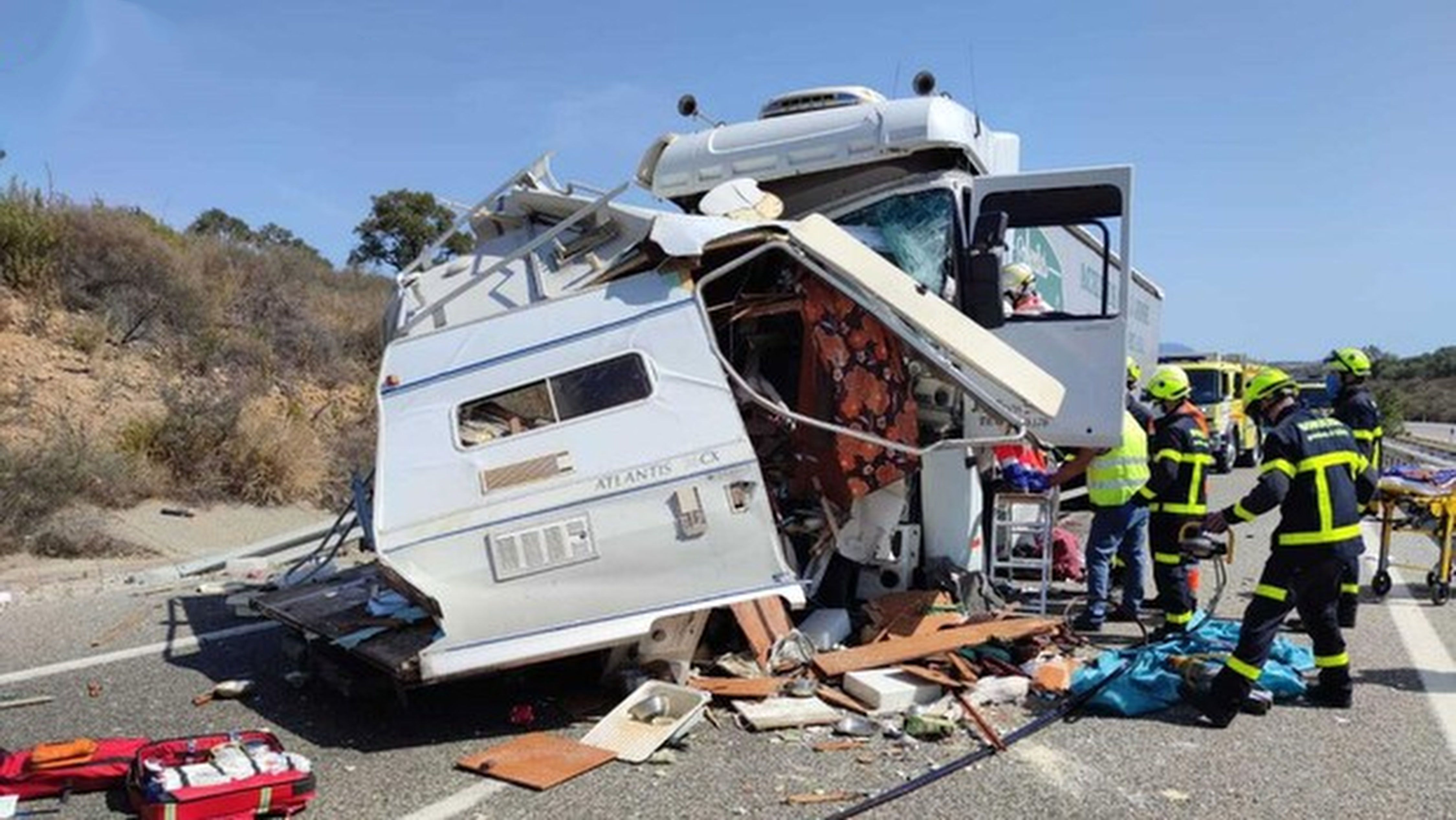 His 41-year-old French wife’s body was found in the wreckage – but post mortem tests have since revealed she had been dead for days.

And detectives now believe the Brit committed suicide by deliberately crashing the van after killing her during a row.

Witnesses said the van was being driven on the wrong side of the motorway when it slammed into the oncoming heavy goods vehicle.

A police source said: “It does appear at this stage that the driver deliberately crashed his vehicle when his wife was already dead inside.”

A domestic violence investigation was launched yesterday into the suspected murder-suicide crash at around 2.15pm on September 25.

The 43-year-old Spanish lorry driver from Dos Hermanas near Seville, was said to have been seriously injured and was in hospital last night. 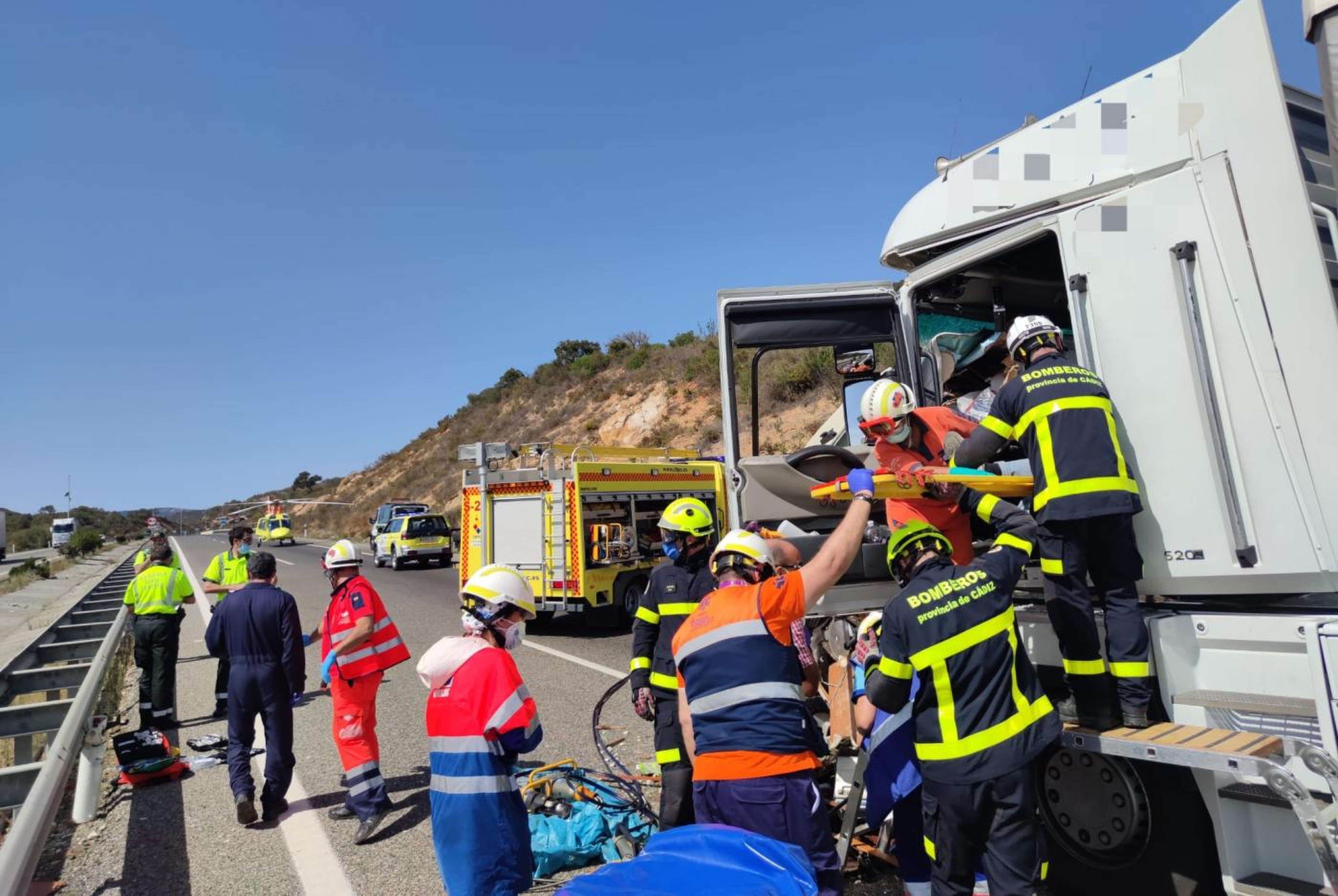 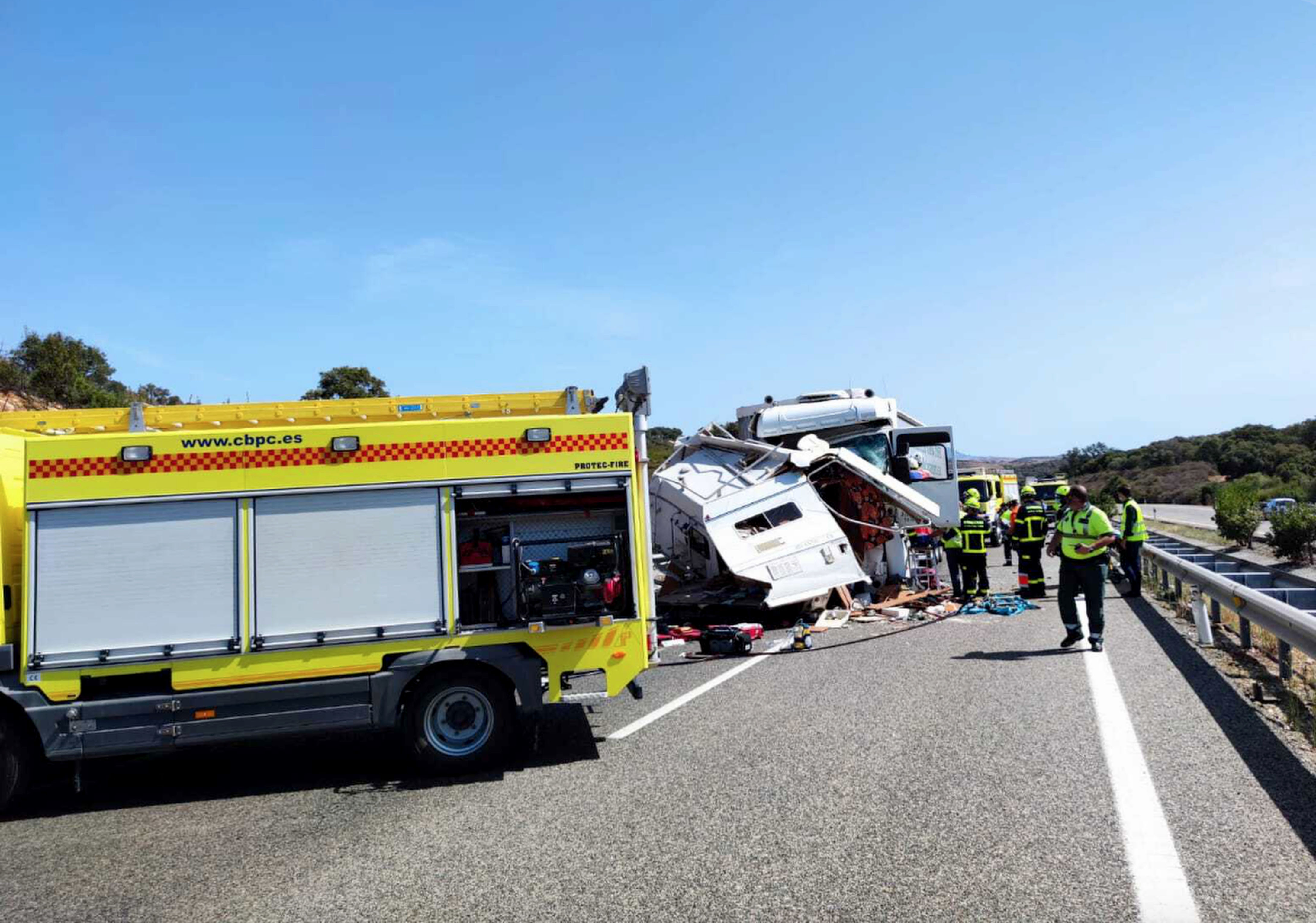