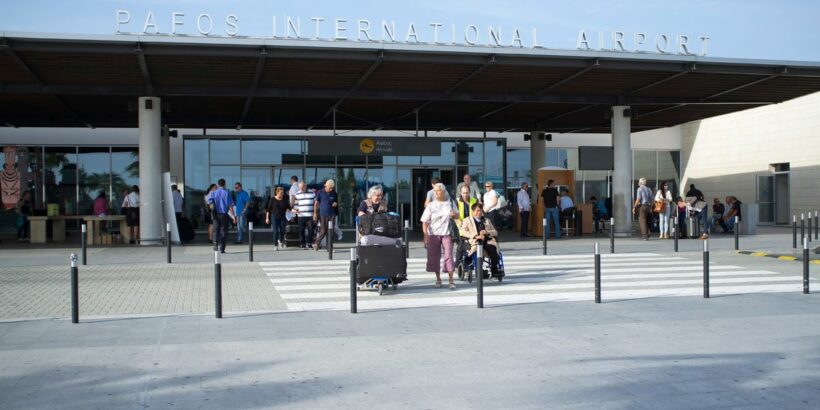 A British man on a flight to Cyprus has been found dead in mid-air by his wife.

The 63-year-old holidaymaker, who has not been named, is understood to have lost consciousness leading his wife to alert the crew.

The plane had been bound for the southwest city of Paphos where he was rushed to the general hospital, but the man never regained consciousness.

The British Cypriot was taken for medical treatment at 11pm local time yesterday (September 28), but doctors pronounced him dead on arrival.

TheCyprus Mailwas told by sources: “We can confirm that he passed away during the flight but at the moment there's not much more we can say.”

The death has not been considered as suspicious.

The news comes as two planes were involved in a minor collision at Heathrow Airport on the same day.

It involved jets from Iceland Air and Korean Air.

In a statement, a spokesperson said: "No injuries have been reported but emergency services are attending to ensure all passengers and crew are safe and well."

Dan Sabbagh, a journalist, was on the plane and live-tweeted the incident adding: "I'm on Korean Air plane that clipped an Icelandair plane at Heathrow – a passenger on the other side saw the incident told me the wing of our plane damaged the others' tail.

"I was on this plane but can't say we felt anything from the inside. No apparent danger, nobody hurt."

News of the man's death comes after 2021 saw a very low number of aviation-related fatalities.