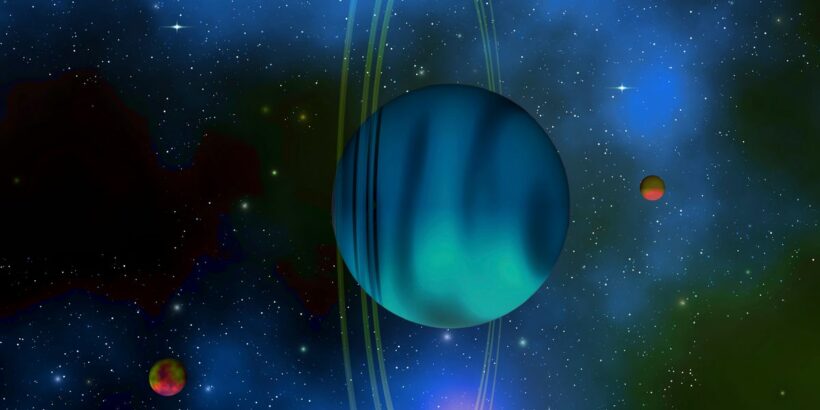 Brits will get a rare glimpse at Uranus as it will appear in our night sky tonight (March 6).

The distant planet will be visible to stargazers whether they're looking at it with just their eyes or a pair of binoculars.

However, people in larger cities, such as London may struggle to see it as light pollution will overpower the brightness of the seventh planet in the solar system.

Uranus and its 27 moons are a lot further away from Earth than other planets like Mars, Venus, and Jupiter so usually space-lovers need a high-powered telescope to see anywhere close to the planets in the night sky.

But tonight's spectacle will be easier to spot by using the moon as a guiding point.

Astronomy.com's guidelines say: "A useful guide is the waxing crescent Moon, which sits in Aries March 6 — a lovely sight in the evening sky. Swing your binoculars between 3° and 4° northeast of our satellite to find Uranus."

Or if you are really struggling, apps like Night Sky, SkySafari, and Star Walk can also help you locate it.

The news comes after a huge asteroid that is thought to be four times larger than Big Ben came close to Earth's orbit last month.

For the latest breaking news and stories from the Daily Star, sign up for our newsletter by clicking here.

The space rock’s exact size wasn’t known as its dark and unreflective surface makes it’s difficult for astronomers to measure but even at its smallest possible size, the asteroid would leave a city-sized dent in the Earth if it were to enter the atmosphere.

The tracking from NASA claims that the asteroid came within close proximity to Earth's orbit on February 22, although it is not deemed hazardous or expected to crash directly into the planet.