Jack Marrian, who went to school with Kate Middleton, was arrested in 2016 after Kenyan cops found the drugs hidden in a sugar container under his company’s name.

After a 30-month ordeal in the Kenyan courts, the posh sugar trader looks certain to be acquitted when the judge delivers his ruling on January 31.

Prosecutors are reportedly poised to drop charges against the 33-year-old nephew of the Earl of Cawdor after the case was blown apart by US anti-drug agents.

Marrian, whose ancestral home in the Scottish Highlands has links to Macbeth, has always denied smuggling 100kg of the class A drug into Kenya.

In a letter obtained by the Daily Mail, the US Drug Enforcement Administration declared: “It is clear from intelligence that the load was placed in the container unbeknownst to the owner of the sugar.

“This is a common occurrence used by traffickers in South America.

“The DEA would like to stress there was no indication the cocaine was to be received by anyone in Kenya or Uganda and that the company owning the consignment had no knowledge that the cocaine was secreted inside their shipment of sugar.”

After the latest hearing on Thursday, tearful Marrian was seen embracing his girlfriend.

He said: “I’m extremely relieved but after all I’ve been through I won’t celebrate until the magistrate makes his formal ruling next week.”

His lawyer Andrew Wandabwa said the prosecution had made an application to terminate the case.

“It’s great news — it’s been going on for two and a half years,” Mr Wandabwa said.

“We’re happy they’ve terminated, and we are looking forward to the acquittal by the court.”
Marrian was arrested in July 2016 after Kenyan police at the port of Mombasa discovered the cocaine.

I’m extremely relieved but after all I’ve been through I won’t celebrate until the magistrate makes his formal ruling next week.

The aristocrat and his co-defendant Roy Mwanthi – a Kenyan clearing agent at the port – denied involvement.

Almost from the outset, the US Drug Enforcement Administration (DEA), which had tipped the Kenyan authorities, stated that neither man could have been involved.

He has told how he was terrified he would be attacked after he was put in a cell packed with drunks at 3am.

ARISTOCRATIC FAMILY WITH LINKS TO  MACBETH

The Highland aristocrat’s son faced a possible prison sentence of 30 years if convicted.

He is managing director of Mshale Commodities Ltd, a subsidiary of the global trading company ED&F Man.

Marian’s mother is Lady Emma Campbell of Cawdor, daughter of the late 6th Earl of Cawdor.

His dad, artist David Marrian, previously said his son was “incredibly distressed” and “pretty freaked out” by the situation.

Lady Emma and David Marrian have two other sons, Hunter and Finlay.

Hugh Campbell, the 6th Earl of Cawdor, owned Cawdor Castle, near Nairn, famous for its links with Shakespeare’s Macbeth.

He died in 1993 at the age of 60 leaving the imposing castle to his second wife Lady Angelika, Dowager Countess Cawdor, who runs it as a tourist attraction. 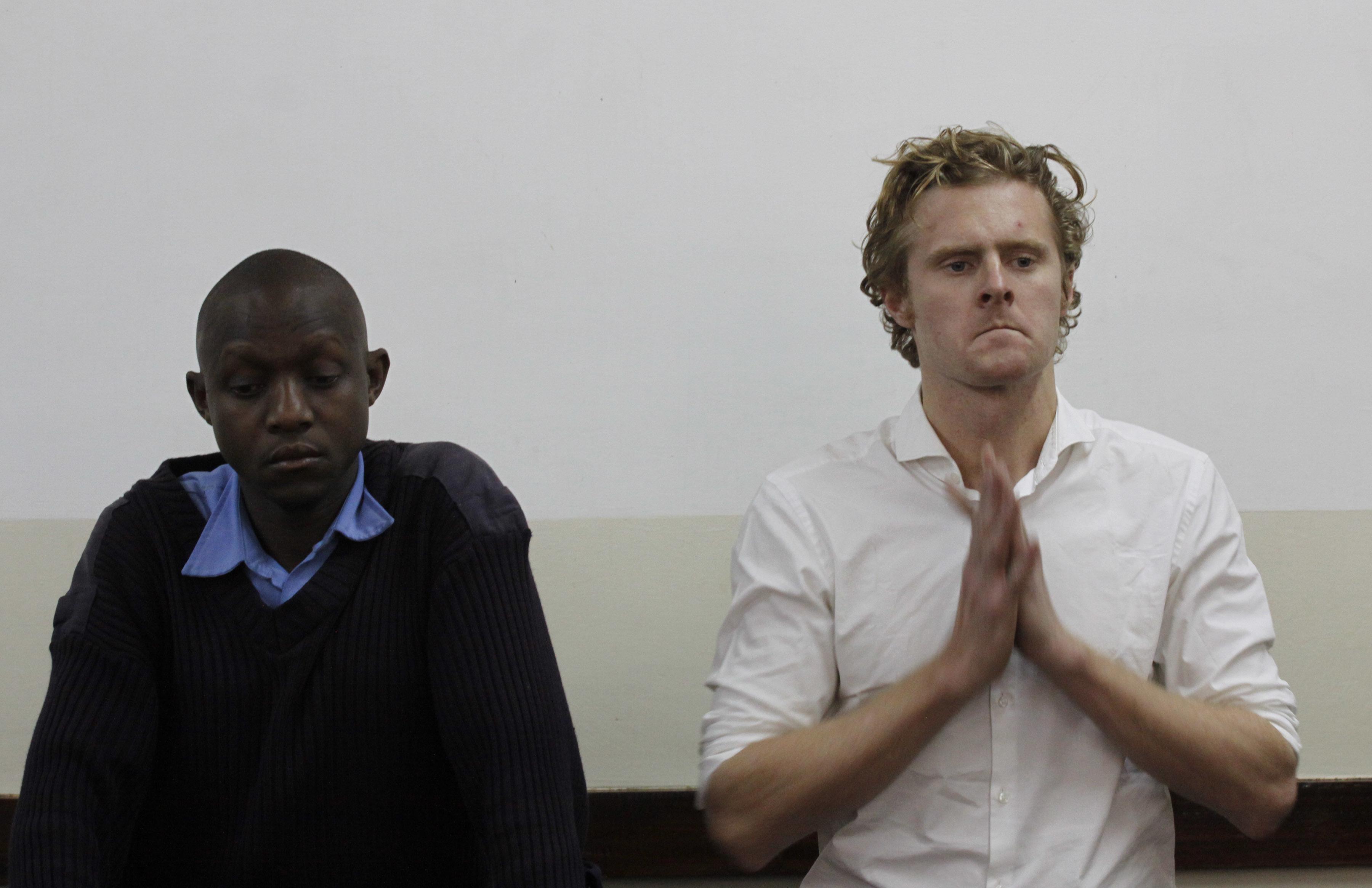