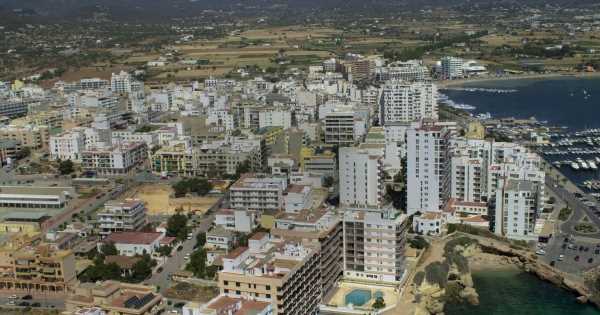 A British tourist has tragically fallen to her death after plunging from a balcony in Ibiza.

The woman, aged 24, is said to have dropped 30ft from the balcony at the Rosamar Hotel near the party resort of San Antonio.

Medics rushed to the scene but she was sadly declared dead following the incident which took place at around 9am.

Her partner is said to have been with her at the time of the tragedy.

He allegedly told authorities that she had fallen from a second floor balcony.

It has been reported that an investigation has been launched.

A receptionist at the hotel said he was under orders not to say anything.

A source said: “It all happened very quickly. Nothing had happened previously that might have alerted hotel staff to the fact there were any problems, noise in the room or things like that.

“The woman’s partner came rushing down to reception and that’s when police and paramedics were called.”

The holiday site is a four-star adults’ only hotel which is located a short walk from the beach in Cala de Bou, in the west of the island.

The hotel has a total of 110 rooms which are all studios with a private kitchen.

It comes after a British tourist died from a sixth floor fall at the Hotel Bellver in the Majorcan capital Palma at the start of this month. She was identified as a 35-year-old woman.

Last month another British woman, a 48-year-old, was pronounced dead after she fell from an eighth-floor room at the four-star Hotel Melia Palma Marina which is also in the Majorcan capital.

This is a breaking news story and is being constantly updated. Please refresh the page regularly with the latest news, pictures and videos.

You can also get email updates on the day’s biggest stories straight to your inbox by signing up for our newsletters .

Get all the very best headlines, pictures, opinion and video on the stories that matter to you by following Daily Star every time you see our name.

Keep up-to-date with your must-see news, features, videos and pictures throughout the day by following us on Facebook at facebook.com/thedailystar