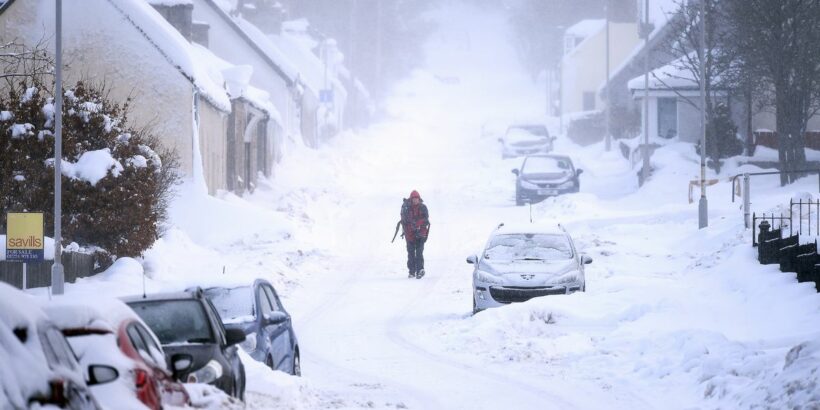 Britain could see a "white Easter" this year amid forecasts of a 270-mile "snow bomb" on the way next month.

A storm will arrive on March 9 and blanket huge swathes of the country in snow, according to WX Charts.

The Met Office said the situation is currently "uncertain", although a "white Easter is more likely than a white Christmas”, Somerset Live reports.

Grahame Madge, a meteorologist for the Met Office, said: "I can see the weather system that is causing the excitement, but it’s too far away and too uncertain to have any indication yet.

"It is unlikely to see an easterly weather front coming across, but a white Easter is more likely than a white Christmas.

But he said there was "still a lot to play for" between now and March 9.

And the outcome depended on a range of global weather patterns, the meteorologist added.

He added: "We are not seeing it in our long-range forecast, and what we are suggesting is that temperatures from March 6 to the end of the month are likely to remain average.

"There aren’t any signals for prolonged cold, but that doesn’t mean we can’t have the odd cold snap.”

WX Charts has said the midlands, the east of England and parts of the north are set to be worst affected by the "snow bomb".

It is forecast to strike from Cromer in Norfolk all the way to Dorset, a distance of around 270 miles.

Birmingham, Wales, parts of West Midlands, Gloucestershire, Bristol, Dorset and Somerset are set to be affected, according to the organisation.

But the Met Office previously said it is unlikely the whole of the country will be blanketed by snow with polar winds in March.