London: Britain’s electricity grid has gone an entire week without burning coal for the first time since the Industrial Revolution.

And the country’s grid operator says this will be “the new normal” – and mean lower power prices for consumers. 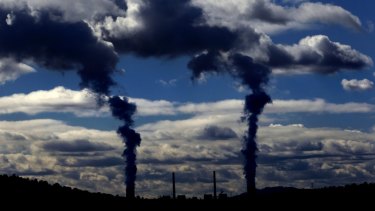 Coal power is being phased out in the UKCredit:Jonathan Carroll

The country also plans to phase out gas power, he said.

“We believe that by 2025 we will be able to fully operate Great Britain’s electricity system with zero carbon.”

The 2025 goal is for zero carbon operation "whenever there is sufficient renewable generation", Slye said. It would be "a major stepping stone to full decarbonisation of the entire electricity system".

Business Secretary Greg Clark said the country was phasing out coal entirely by 2025, and hinted the government would soon legislate for “net zero” emissions by 2050, a recommendation of the UK’s Committee on Climate Change (CCC) in a landmark report released last week.

The CCC said the recent big decline in the cost of renewable energy had made this ambitious target more affordable.

“We want to carry on breaking records, which is why we’ve put foundations in place to allow our renewables sector to thrive,” Clark said. 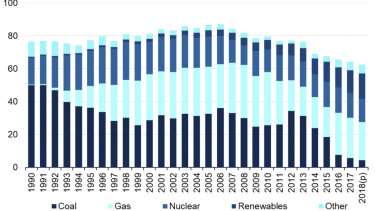 The power generation mix in the UK over the last decadeCredit:UK Government

“We are now on a path to become the first major economy to legislate for net zero emissions.”

The world’s first public coal-fired power station, the Edison Electric Light Station, opened in London in 1882, three years after the invention of the lightbulb.

It was initially used to power street lamps in the city as well as a church and a post office. It closed four years later having made a significant loss – due to competition from cheaper gas.

The UK’s CO² emissions fell for the sixth consecutive year in 2018, driven by falling coal use. CO² emissions in 2018 were estimated – outside of coal miner strikes – to have been the country’s lowest since 1888.

While the achievement is a milestone for Great Britain it was beaten by its next door neighbour. Ireland’s single coal-fired power plant in County Clare hasn’t been needed for more than three weeks. 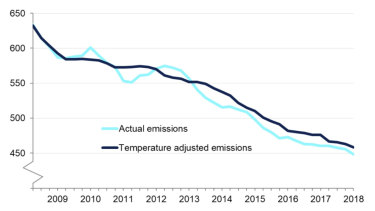 Last year, coal was offline in Ireland for nearly three months – due to engineering issues rather than competition on the grid. The plant is due to shut down for good in 2025.

And in the US, for the first time ever, the renewable energy sector generated more electricity than coal-fired plants in April, and again in May.

Julian Leslie, head of national control at ESO in Britain, said a "lot of time and effort has gone into making sure we can run the network without coal".

They had forecast that coal power stations would gradually close and prepared by making the grid more resilient.

Leslie said less than two years ago the country first went a day without using coal power, and the trend would continue.

"This is very much going to be the new normal," he said. "We are at the beginning of a transition to the low carbon future, and it means lower costs for customers."

There still may have been traces of coal-generated power in the British grid, said NRG Expert analyst Edgar van der Meer, as the UK takes some power from international connections to countries that may have been using some coal.

However he said it was a significant milestone.

“It is something the UK has been working towards,” van der Meer said. “We are seeing more and more countries reaching these kinds of milestones, and the UK is among the first.

“This has been a product of many years’ buildup: it’s not a fluke.”

The increase in renewable capacity on the grid was one of the major contributing factors, he said. It was helped along by the time of year: warm enough to require less heating, but cool enough not to require air conditioning.

And recent low oil and gas prices have encouraged gas as an alternative power source.

Van der Meer said such a milestone did not signal “doom and gloom” for coal producers such as Australia just yet, as countries in our region were still growing their energy production capacity including coal.

But, sooner or later, coal power will be phased out or greatly diminished in China and Indonesia too, he said.

The next step to phasing out gas would be more difficult, due to the need for backup power when the wind isn’t blowing and sun isn’t shining, van der Meer said.