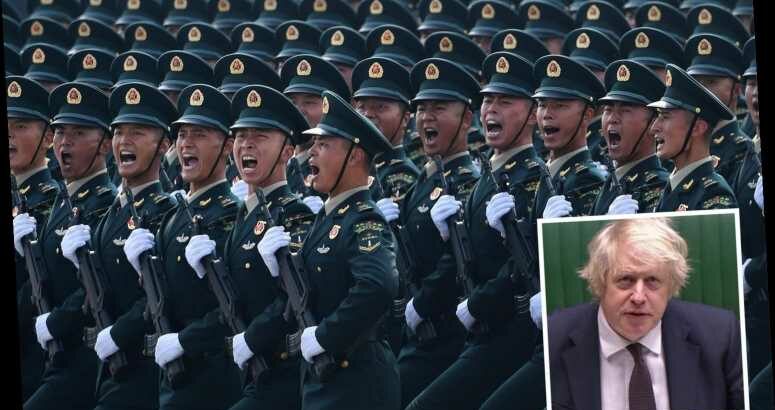 THERE is an old political joke in the United States in which a reporter confronts a Senator and asks:  “Can your vote be bought?”

The Senator then feigns outrage as he responds:  “How dare you, Sir! My vote could never be bought…but it can be rented.” 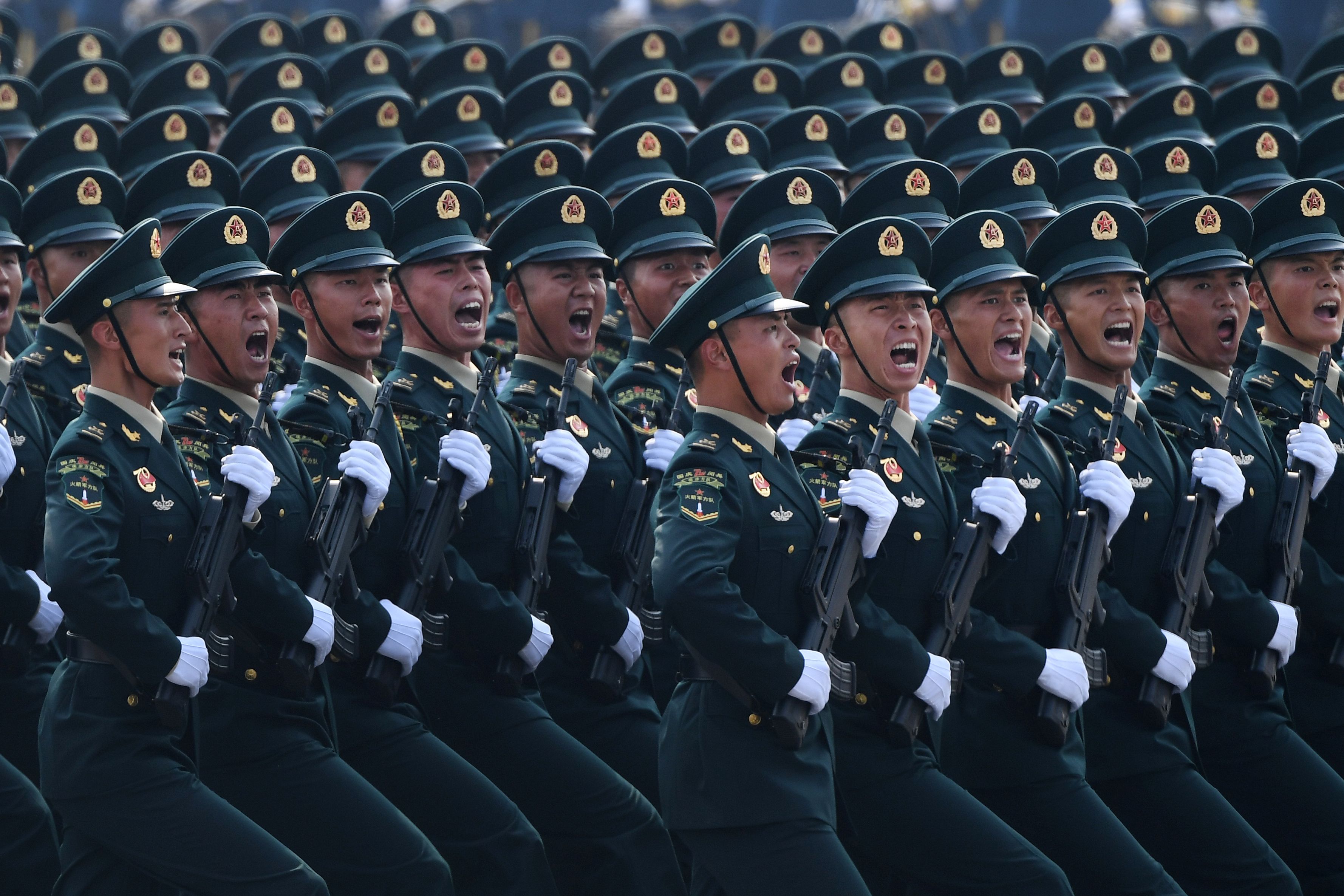 Apparently, the leadership of the People’s Republic of China took that punchline to heart as they have been “renting” sycophantic praise across much of official Washington, U.S. colleges and universities, the mainstream media, and Hollywood.

Will Britain stand tall against the authoritarian advances of this communist world power when others have either wilted or given in to the temptation of money?

If one reads between the lines of the report just presented to Parliament by Prime Minister Boris Johnson entitled: “Global Britain in a Competitive Age – The Integrated Review of Security, Defence, Development and Foreign Policy,” then the answer alarmingly appears to be “No.”

Another cliché we employ in the United States when things don’t make sense and certain leaders are seemingly abandoning their principles is: “Follow the Money.”

It can most certainly be argued that the political and military leadership of China has realized that strategically, it is much more in their economic and national security interests to simply “buy off” the world as opposed to “going to war” with it.

The Prime Minister stressed that the UK’s trading relationship with China was worth £81billion a year and its massive economy was a “fact of our lives.” Fine. But at what price to principles. 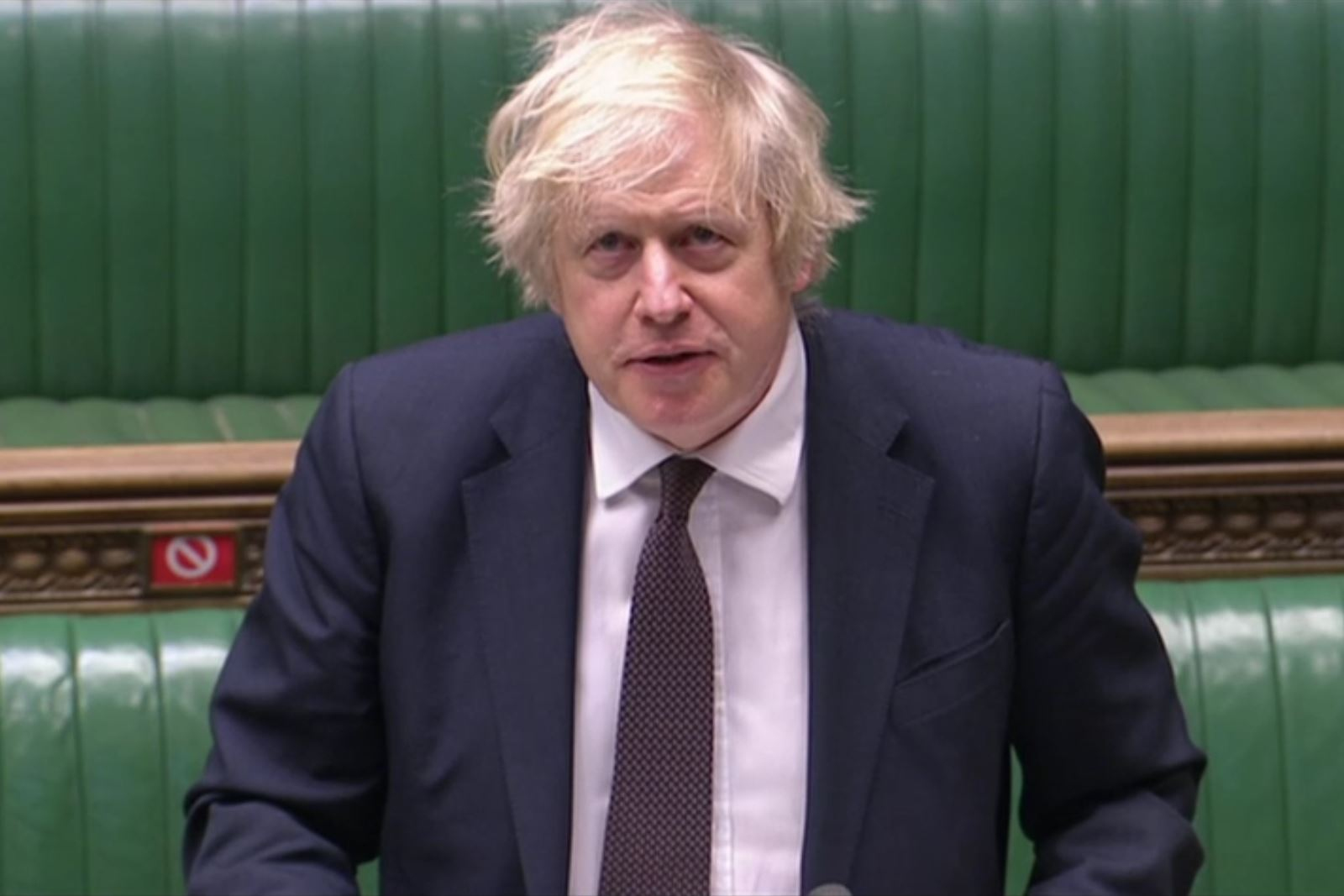 However the Covid-19 pandemic originated, it is a categorical fact that it has decimated the economies of the United States, the United Kingdom and virtually every other nation on Earth while leaving the economy of China not only virtually unscathed, but growing exponentially as a result.

So much so, they now have the luxury of waiting to see who will immediately drink from their cup of rhetorical poison, as opposed to those who will pretend to denounce them and then belly up to the Beijing Bar when they think no one is looking.

Fortunately, some people are still looking in horror at the brutal tactics being employed by the Chinese.

Two of those individuals being Sir Alex Younger, the former head of MI6 and Benedict Rogers, the founder and chairman of Hong Kong Watch.

In response to the apparent coddling of China as outlined in the report given by the Prime Minister, Mr. Rogers stressed:  “…We should be diversifying our trading relationships and supply chains around the world, recalibrating our policy towards China and prioritizing our values and security against a regime that has proven time and again that its word cannot be trusted.

“After a year in which we have seen the Chinese Communist Party regime tear up an international treaty over Hong Kong, be accused of genocide against the Uyghurs, be responsible for inflicting a pandemic on the world as a consequence of its mendacity, cover-up and repression, and behave in increasingly aggressive ways through its ‘wolf-warrior diplomacy’, one would have thought that the UK would have woken up to the challenges in dealing with this regime.”

Echoing some of that concern, Sir Alex Younger said in part during an interview:  “The idea that China will become more like us as it gets richer or as its economy matured is clearly for the birds.  That’s not going to happen.  On the contrary, I expect China’s Communist Party to double down on its ideology in the future…”

In the United States, the left-of-Center Rulers of Big Tech – – which have collectively made hundreds of billions in profit off of China over the last decade – have almost made it a crime to criticize that communist nation. 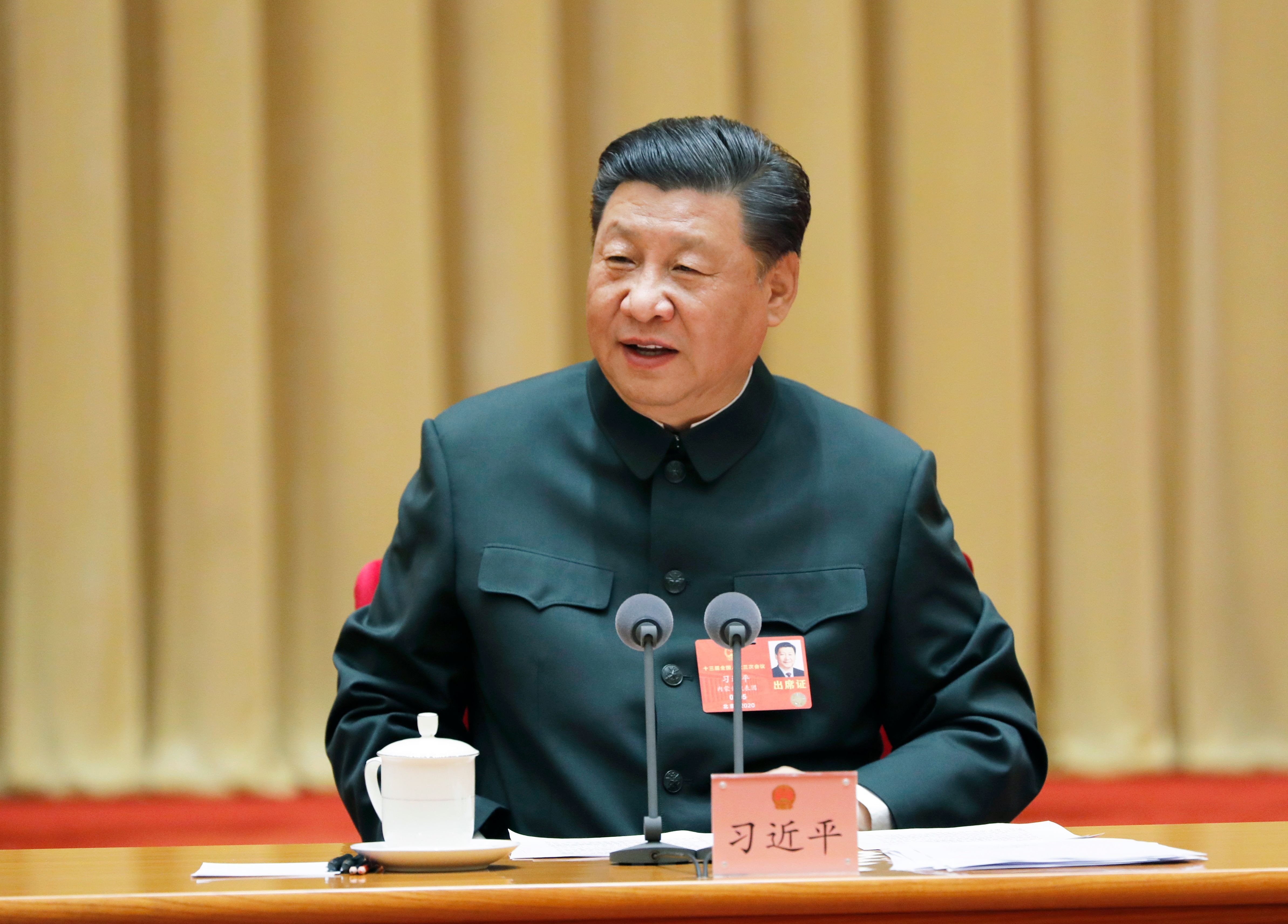 Why would they go about censoring and memory-holing certain valid and needed critiques of a regime that clearly has not only broken international law, but decimated innocent men, women, and children in the process?

Within the report given by Prime Minster Johnson, it is stated:

“China is an increasingly important partner in tackling global challenges like pandemic preparedness, biodiversity, and climate change.  We will continue to pursue a positive economic relationship, including deeper trade links and more Chinese investment in the UK.”

After reading that rubbish and honestly wondering if it was a talking point supplied by China’s intelligence service, my mind immediately wandered to a truly exceptional book I recently read.

It is titled:  “The Churchill Factor – How One Man Made History”

It was written by…Boris Johnson.

As China does seek to control everything from the surface of Earth to the surface of the Moon, I was curious if Johnson gave Churchill any real thought as he presented his report to Parliament?

As that question is pondered, I will close with one more common expression here in the United States.  That being: “You never really know the character of a person until there is money on the table.”

China is dumping trillions on that table certain they know the character of those who oppose them.

Douglas MacKinnon is a former White House and Pentagon official and author of the novel The Dawn of a Nazi Moon: Book One. 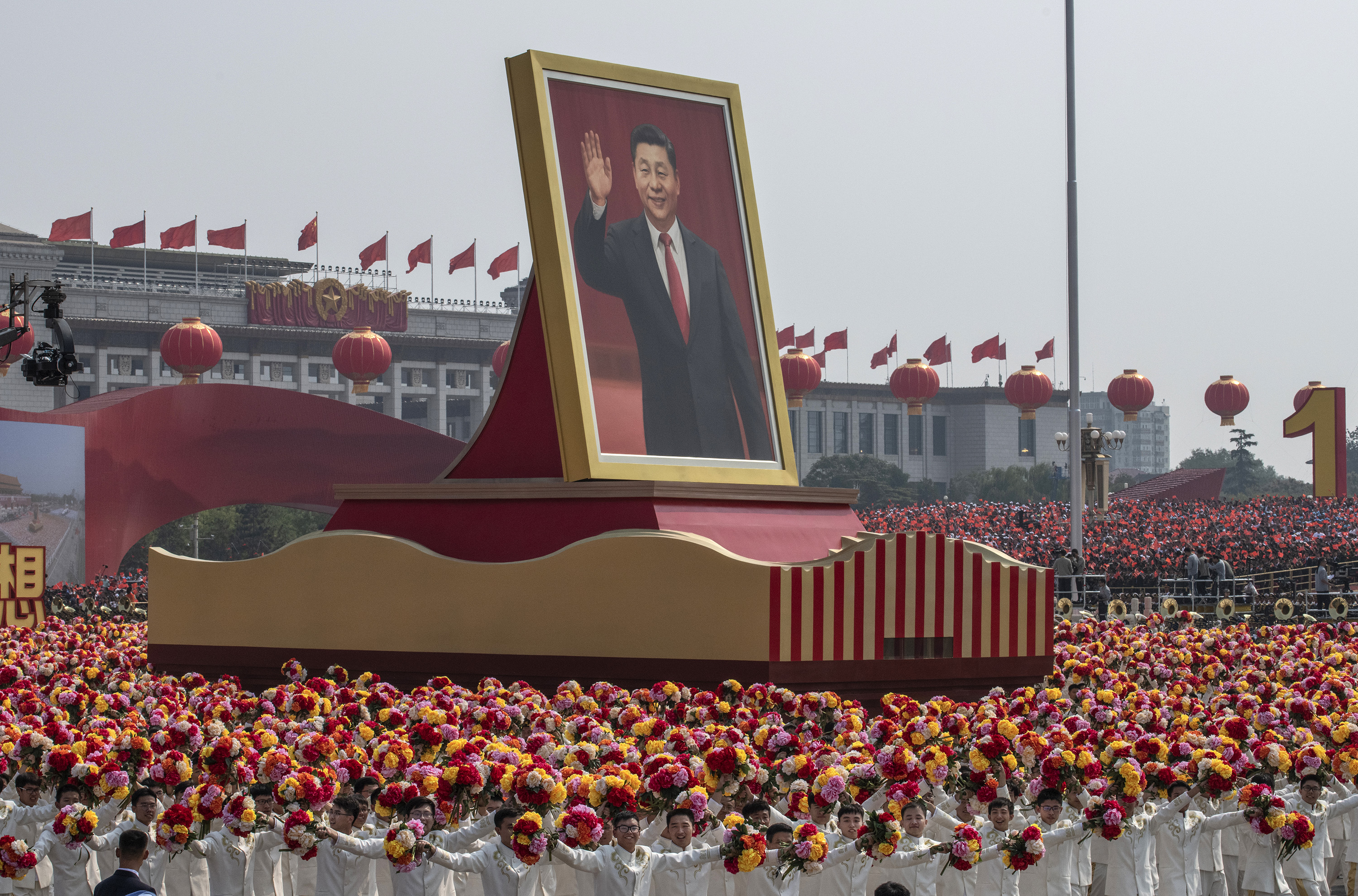