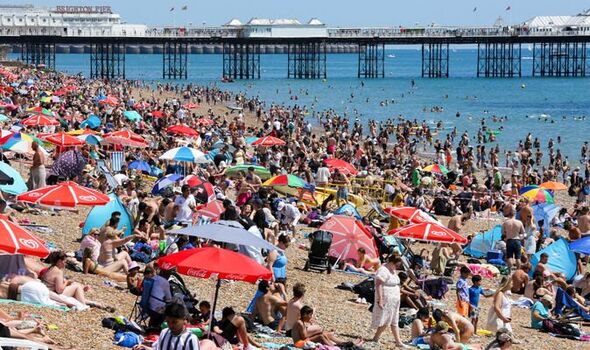 In a shocking doomsday-like video released today, Met Office chief executive Penny Endersby admitted we are “not adapted to what is coming” with record-breaking temperatures expected on Monday and Tuesday.

The Met Office issued a first-ever red warning for extreme heat while the UK Health Security Agency (UKHSA) issued a Level Four heat-health alert for both days, stating: “Illness and death may occur among the fit and healthy, and not just in high-risk groups.”

Tuesday is predicted to be the peak of the Spanish Surge heatwave starting on Sunday, with temperatures expected to break the UK’s current heat record of 101.6F set in Cambridge in 2019.

BBC Weather predict that parts of London could even reach 105.8F.

The capital is already sweltering and Hammersmith Bridge has been wrapped in silver insulation foil to reflect the sun. 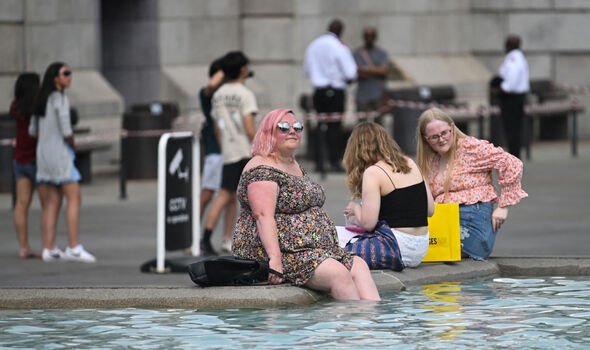 The Met Office red alert warns of “an exceptional hot spell leading to widespread impacts on people and infrastructure”, adding that “population-wide adverse health effects” will lead “to serious illness or danger to life”.

BBC Weather presenter Matt Taylor said next week is the first time there had ever been a realistic possibility of hitting 104F in the UK.

He added: “That is exceptionally hot. The sort of temperatures on holiday you may be able to deal with – but in day-to-day life it can have severe impacts on health, transport and power.”

Night-time temperatures in some areas will not drop below 77F, he said, adding that things were likely to start cooling off from Wednesday.

The red warning covers London and the Midlands and goes as far north as Manchester and York. It is the first time a red warning has been issued, although the extreme heat warning system was only introduced in 2021.

Concerned Met Office spokesman Grahame Madge said: “If people have vulnerable relatives or neighbours, now is the time to make sure they’re putting suitable measures in place to be able to cope with the heat.

“If the forecast is as we think it will be in the red warning area, then people’s lives are at risk. This is a very serious situation.”

He said that temperatures reaching 104F would be a “historic event”, adding: “If we get to 40C [104F] that’s a very iconic threshold and shows that climate change is with us now.”

Mike Childs, head of science, policy and research at Friends of the Earth, said: “Each year, the effects of climate breakdown are becoming more evident and more severe.

“Without meaningful Government intervention, millions of Brits, particularly older people and young children, will be at increasing risk from health-threatening heatwaves like the one we’re experiencing.”

Motorists have been advised to try to make their journeys outside of the hottest periods of the day, particularly if they have older cars.

Rail passengers were urged to avoid using trains on Monday and Tuesday unless the journeys were absolutely essential.

Jake Kelly, Network Rail’s System Operator group director, said: “There will be delays and cancellations to train services due to the unprecedented heat we’re expecting.

“The wellbeing of our passengers is our first priority so we’re asking all passengers who decide to travel to take time to prepare before leaving the house.”

Some schools across England are responding to the heat with plans to close early next week, allowing pupils to wear PE kit or rescheduling sports days.

Animal charity Blue Cross is advising owners to walk dogs during the cooler times of the day, provide shade for horses and smaller animals and to ensure they have a constant supply of cool water.

“Early intervention to cool people down and rehydrate them can be lifesaving.”