The weekend may have been a bit of a damp squib, but get ready for the sun to return.

Parts of Britain are set to sizzle in another mini-heatwave – while royal wedding guests will be relieved to hear ‘pleasant’ weather is forecast for the big day in Windsor.

Today will get up to 73F (23C), while tomorrow will bring highs of 77F (25F) in Hampshire and Sussex – and the Met Office is also predicting warm conditions for the rest of the week, with the exception of western Scotland and Northern Ireland. 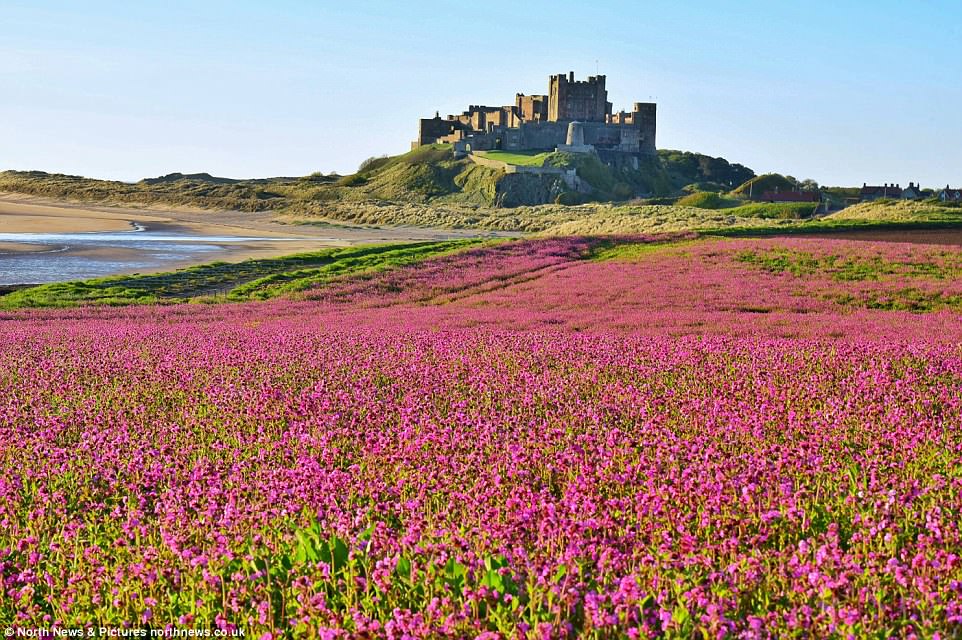 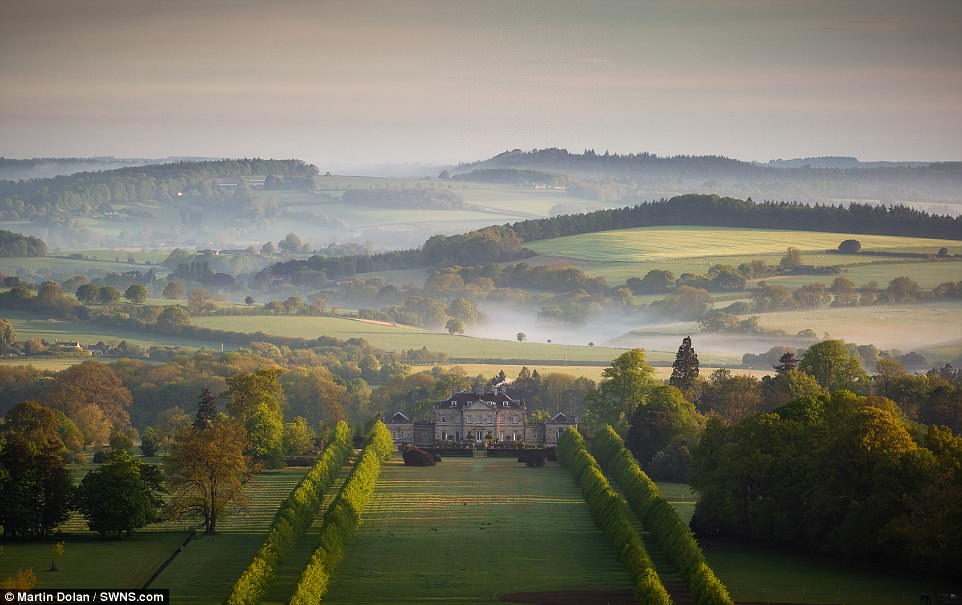 A beautiful morning looking over Ferne House in Wiltshire today, ahead of a week that will see temperatures rise again 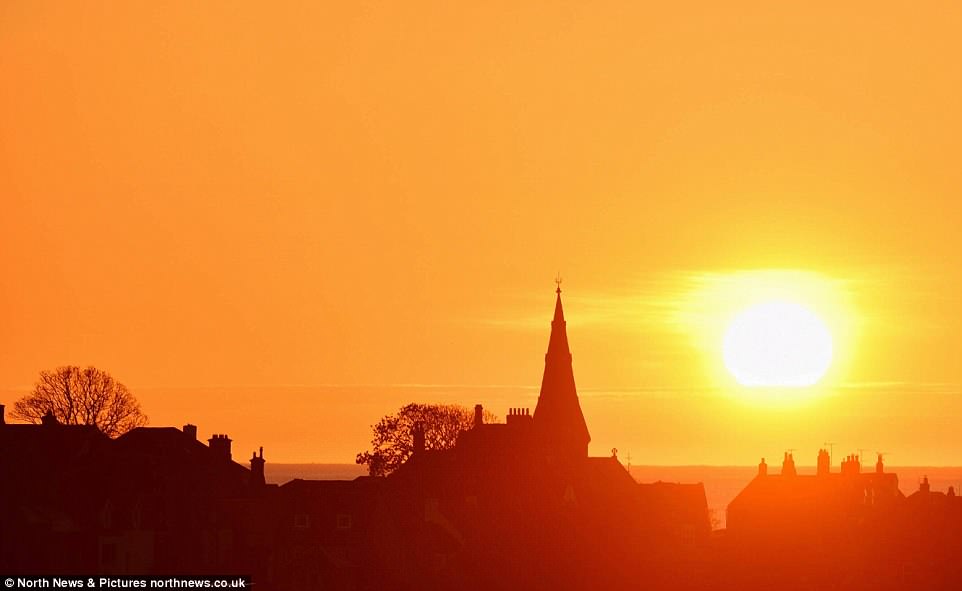 High pressure will be mainly in charge this week, bringing plenty of dry and warm weather, but a weak cold front will turn things fresher by mid-week pic.twitter.com/R95vMXceLB

Good Morning, Mia here today for twitter enquires. Today will be dry with warm sunshine for many. Along some North Sea coasts however we could see low cloud with some fog and drizzle. This could move further inland later, with low cloud also over the far west. pic.twitter.com/OH7fYv3ISl

It comes after a washout weekend across most of the UK, when temperatures struggled to make 64F (18C) – a week after they hit a record 84F (29C).

There was also good news for Prince Harry and Meghan Markle, with forecasters claiming the ‘weather gods will be smiling’ on them as they walk down the aisle at St George’s Chapel in Windsor on Saturday.

They are predicting it will stay mild and sunny for much of the day, which will doubtless be welcomed by the tens of thousands expected to descend on the town.

Met Office meteorologist Alex Burkill said yesterday: ‘It’s going to be quite a bit warmer than usual [today], with a repeat performance on Tuesday and possible highs of 77F (25C) in Hampshire.

‘High pressure across the UK will produce ‘home grown heat’ that will warm up large parts of the country.

‘It looks like it will turn warmer from the weekend of the royal wedding onwards. Warm air is expected to come up from the near continent, with warmer-than-average conditions likely for the UK as a whole.’ 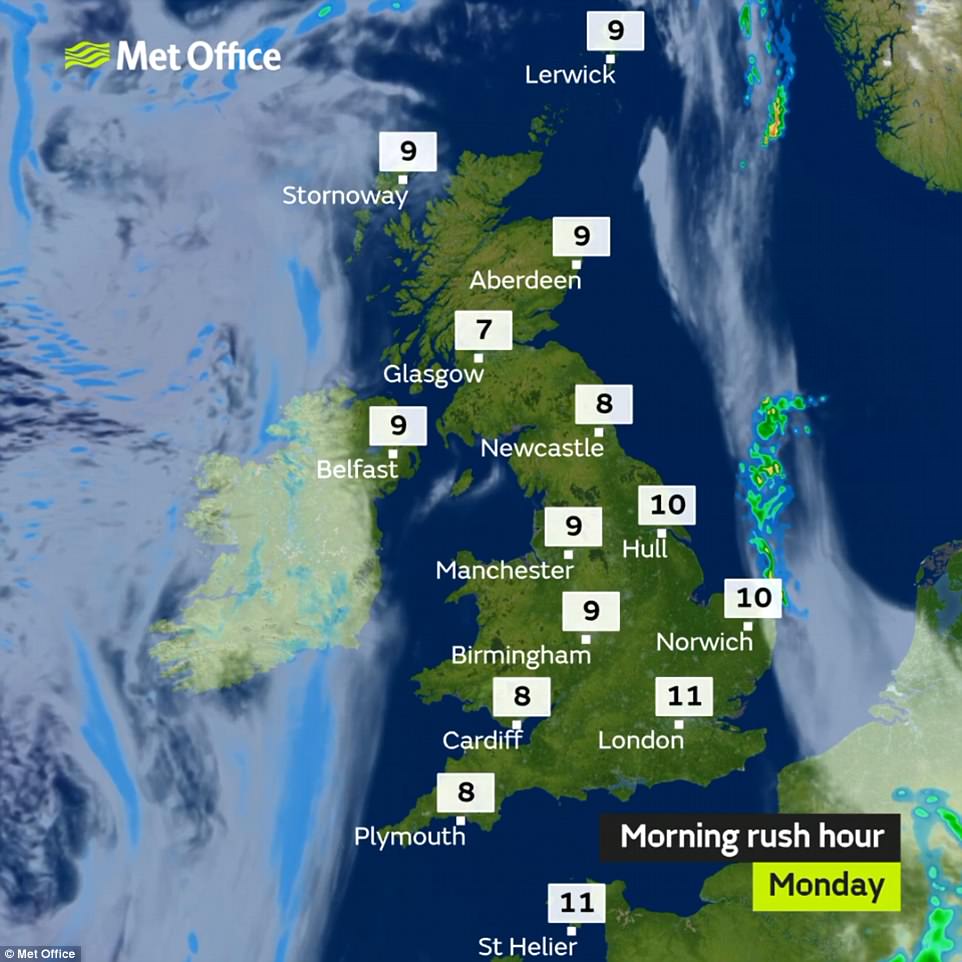 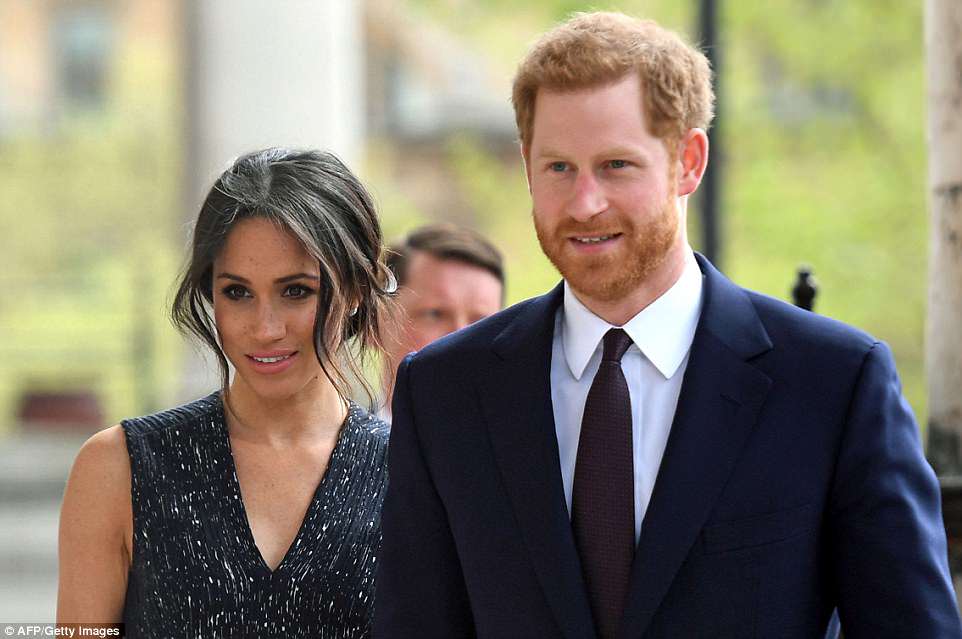 The British weather has in the past marred major royal events. In June 2012, the Queen and Prince Philip were left shivering in pouring rain as they sailed down the Thames in a flotilla marking the monarch’s Diamond Jubilee.

But Mr Burkill said: ‘Saturday looks pleasant for the wedding, with dry and bright conditions most likely.’ He added: ‘The week ahead will see a lot of fine weather, and that is likely to continue for the royal wedding.

‘Early indications are for Saturday in Windsor to be dry and bright with highs around 18C (64F), a touch above the 17C average.

‘This Tuesday could see 25C (77F) in the South, before highs return to normal on Wednesday and then edge upwards again on Saturday.’

A Met Office forecaster added: ‘A dry and warm theme is likely to continue into the weekend for much of England and Wales, and through the following week the South and East, though some rain is possible.

‘The last few days of May could well stay dry and relatively warm in the South and East, with the potential for some very warm spells.’