THE UK is forecast to be hotter than Istanbul this week – with temperatures rising to 23C by Wednesday.

Met Office forecasters say warm air will sweep in from the south – bringing with it a spell of scorching weather to beat the Turkish holiday hotspot. 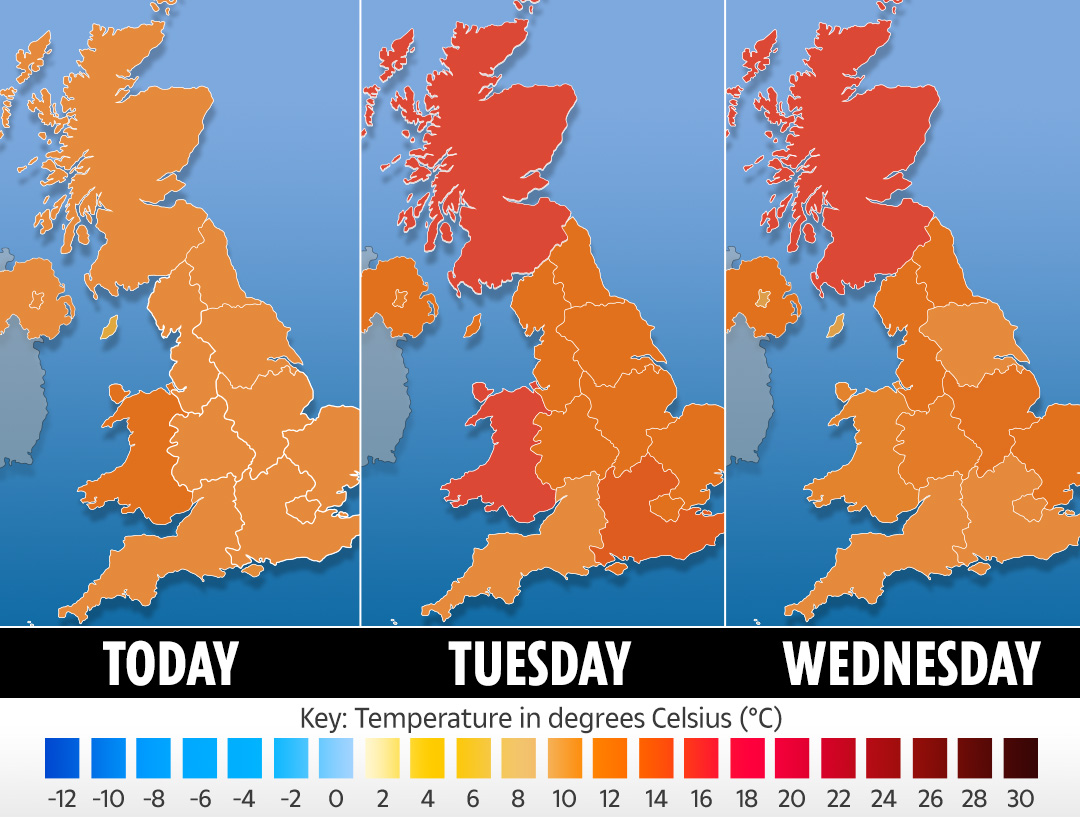 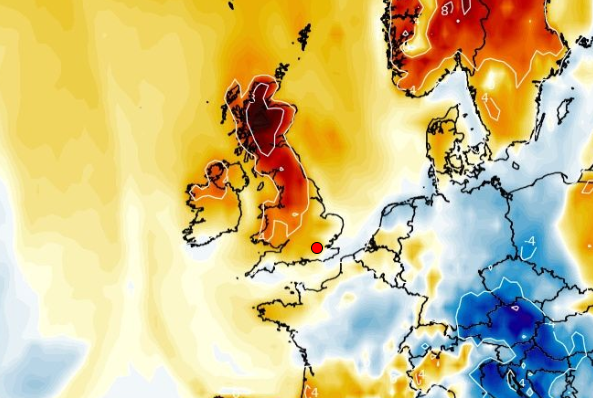 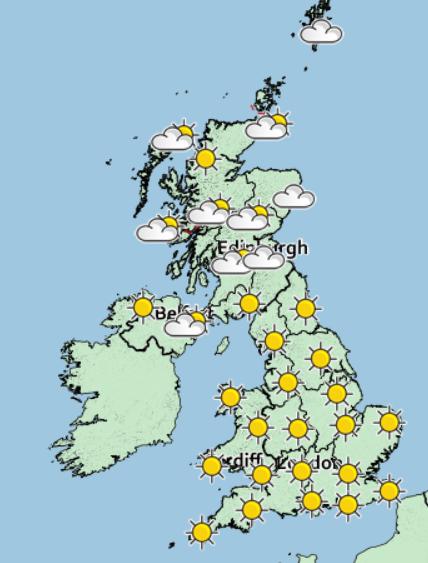 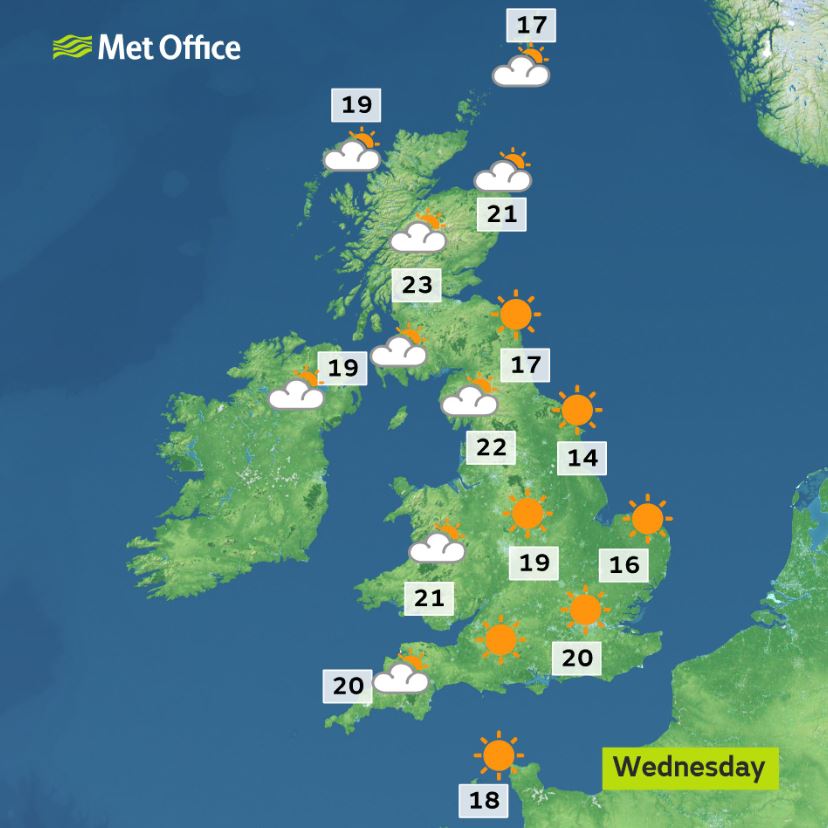 Forecast maps for the week ahead from the Met Office show temperatures soaring into the 20s this week, with the area between Glasgow and Edinburgh seeing highs of 23C.

Scotland and Northern England are expected to see the hottest temperatures – which will surpass Istanbul's predicted highs of 21C this week.

The east of England will be a little cooler with highs of only 14C-16C, but skies should be clear and bright.

Londoners will be feeling the heat too though as they see the mercury creeping into the 20s.

Meteorologist Craig Snell told The Sun Online: "We're going to be expecting very dry weather with plenty of sun within the next three days.

"The temperature will peak on Wednesday, reaching 24C in parts of Scotland and northern England.

"We're going to see some rain creep in the the second half of the week, as temperatures will begin to settle down on Friday."

SWITCHCRAFT is a free service that finds you the right energy deal – and you could save an average of £219 a year.

But the Met Office’s Sophie Yeomans urged people to “make the most” of the sunshine – as temperatures will dip back down at the end of week.

She said: “We are expecting another couple of days of sunny weather and light winds, which will push temperatures up through the week."

From Monday onward, temperatures are predicted to continue increasing throughout the week leading up to Wednesday – which is forecast to be the hottest of the week.

Met Office meteorologist, Alex Burkill, told Sun Online: "We're going to be expecting a largely fine week ahead of us.

"Temperatures are going to be increasing and we're going to see a high of 24C in some parts of the country.

"The heat will be coming from the south east, meaning that some parts of the country might be experiencing slightly frostier temperatures."

Despite the odd shower across some parts of the country, the warm and dry temperature is expected to persist in south east England, northern England and Scotland for the rest of the week.

Alex Apati of Ladbrokes said: "We've been battered with rain over the last few days but with the weather set to take another turn, we could be hit with a record-breaking May."

According to the Met Office, Monday and Tuesday will see high pressure drift further eastwards.

It means for a lot of us it will be sunny weather by day – but we will have chilly nights.

In Glasgow, it's likely that we will see temperatures of 22C and Wednesday is likely to be the warmest day across the country. 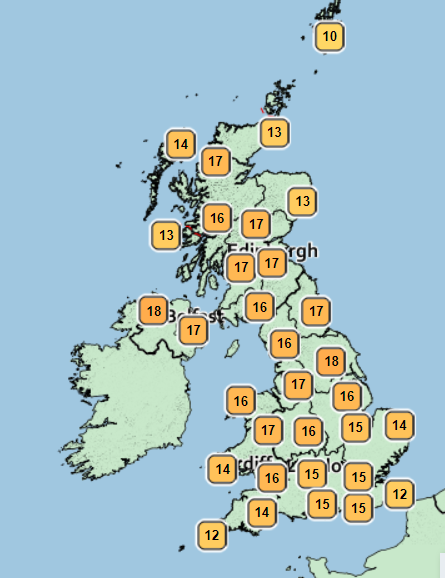 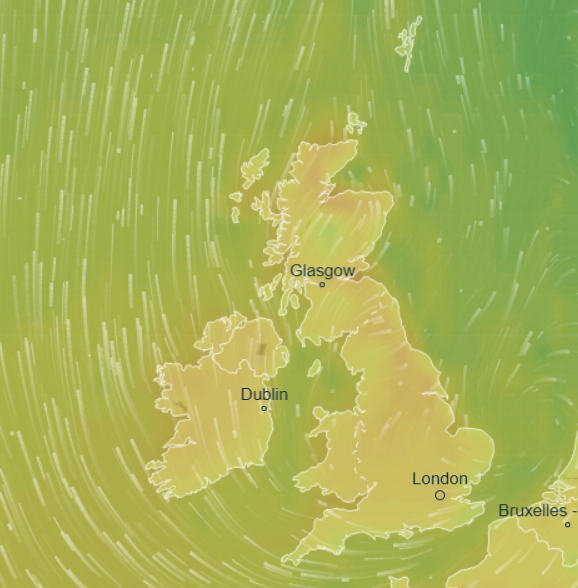