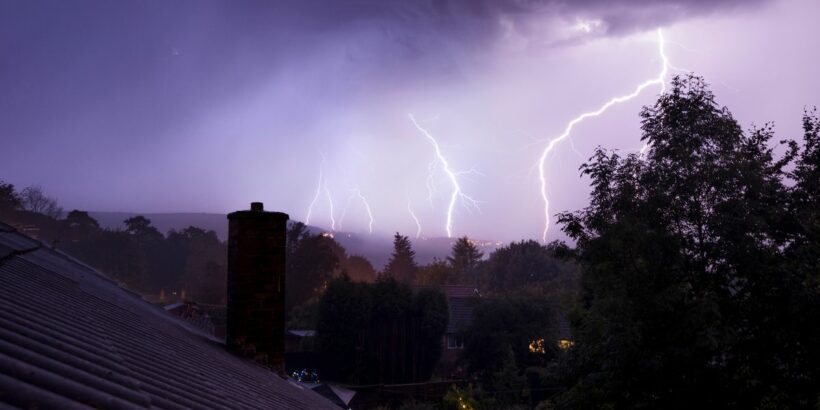 The UK has been basking in sky-high temperatures topping 35C (95F) in recent days – but in true British fashion lightning and thundery showers are reportedly on the way.

The country is in the grip of its longest heatwave in four years, with temperatures expected to climb further next week with some parts reaching 37C by Tuesday.

A Met Office "amber" extreme heat warning covers much of England and Wales from Sunday into Tuesday.

This means the weather could pose a danger to life or risk potential serious illness, with adverse health effects likely across the population, particularly among those most vulnerable.

According to the Met Office, sunny and dry conditions will continue for most areas between July 18 and 27 – with temperatures soaring up to 40C by Monday – but showers are likely across the north and North West.

Temperatures will be near normal in the far North West but staying warm or very warm for the rest of Scotland and Northern Ireland.

It is likely to be very warm or hot for England and Wales, with the potential for an exceptionally hot spell in parts of central, south, and east England.

But much of the UK is predicted to see temperatures gradually decrease to average or slightly above average through next week, though occasional thundery showers are possible in the south and South West.

The weather is then looking more widely unsettled during the later part of the month.

Jim Dale, senior meteorologist at British Weather Services, said a break in the heatwave next week will also bring thunderstorms in its wake.

He said: “Wednesday looks to be the day, it will be coming in from France but it’s still a relatively long way off. It should arrive in the evening after a hot or sultry day.”

No exact timings of when the storms will hit can be given as yet.

However, the Met Office's long-range forecast also predicts thundery showers will make their way in from the south.

Touching upon July 16 to 25, it said: “Thundery showers are occasionally possible in the south and South West too, spreading erratically northwards and eastwards."