Britain is braced for another summer heat blast as temperatures are set to rocket, after the Met Office apologised to Britons who were soaked when they thought it was forecast to be dry.

Temperatures could rocket to 81F (27C) in the south of England next week, according to the Met Office, following a period of below-par weather for this time of the year.

Experts say the thermostat could remain above average throughout September and possibly beyond. 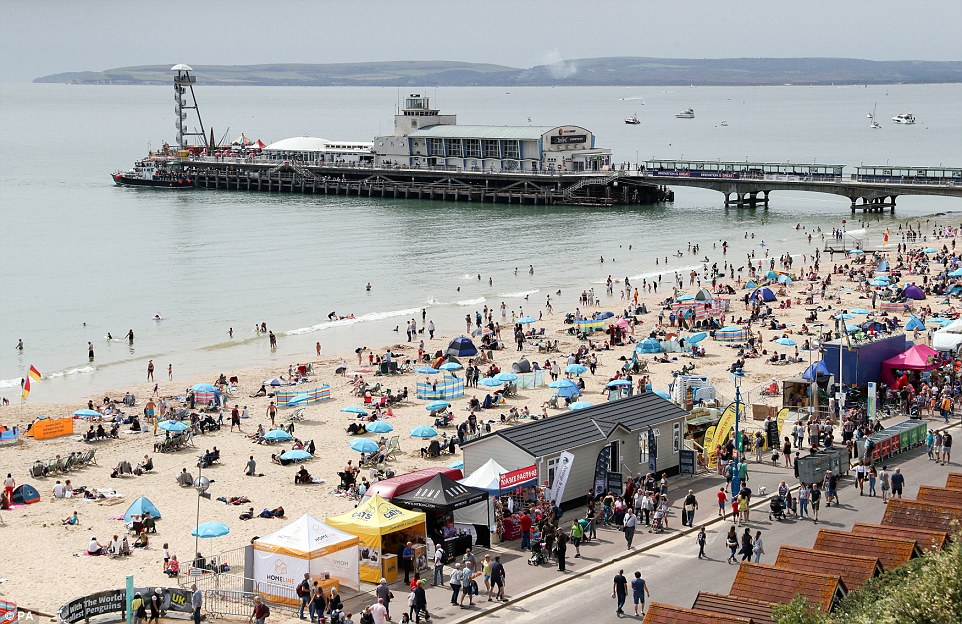 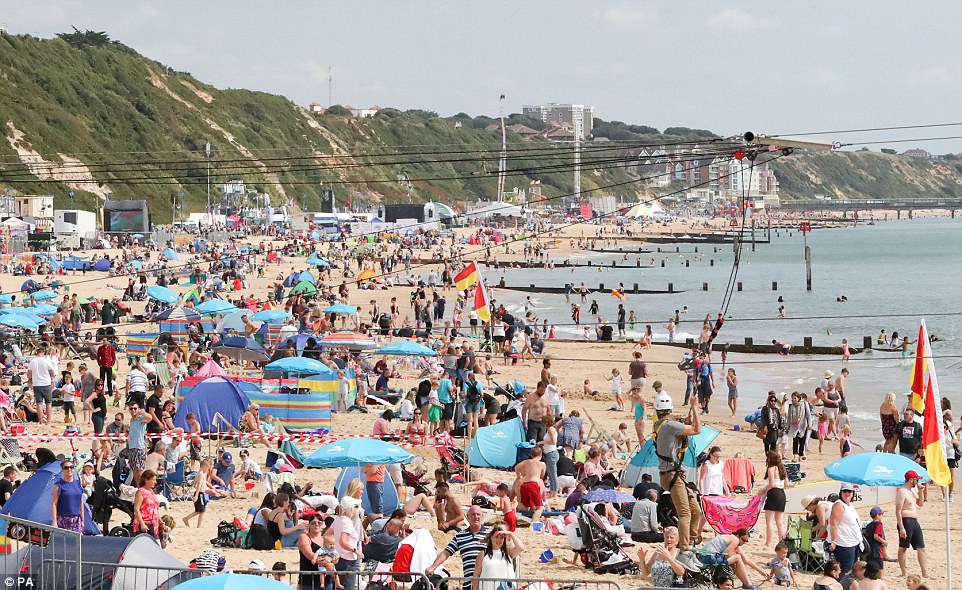 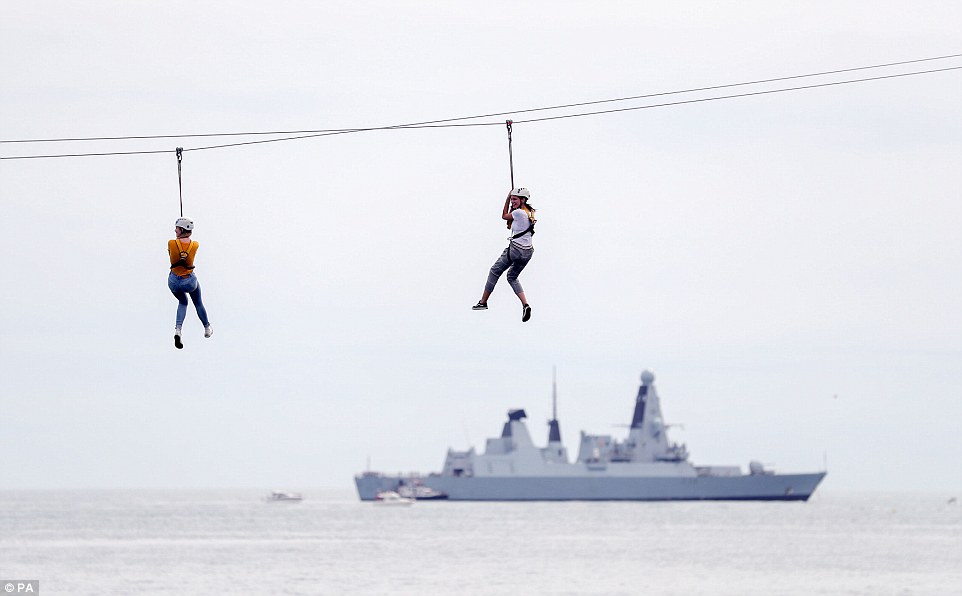 The south of Britain will see the drier and sunny weather while northern England and Scotland will be generally cooler and wetter.

Temperatures in the south will hit the mid 20Cs by the weekend, while some parts of the country could even hit 30C.

Higher pressure coming from the continent, combining with the lower pressures from the Atlantic could lead to an east-west split, whereby there is a fair bit of cloud in the west while the east remains sunny

Exacta Weather’s James Madden said: ‘High pressure is going to rebuild across the country this week and this will start leading to a gradual transition to warmer temperatures.

‘We expect this set up to bring more in the way of sunshine and by the weekend we could be pushing the 30C (86F) mark in parts of Britain.’

And the latest government long-range outlook suggests that Britain is likely to stay warmer than normal over the next three months. 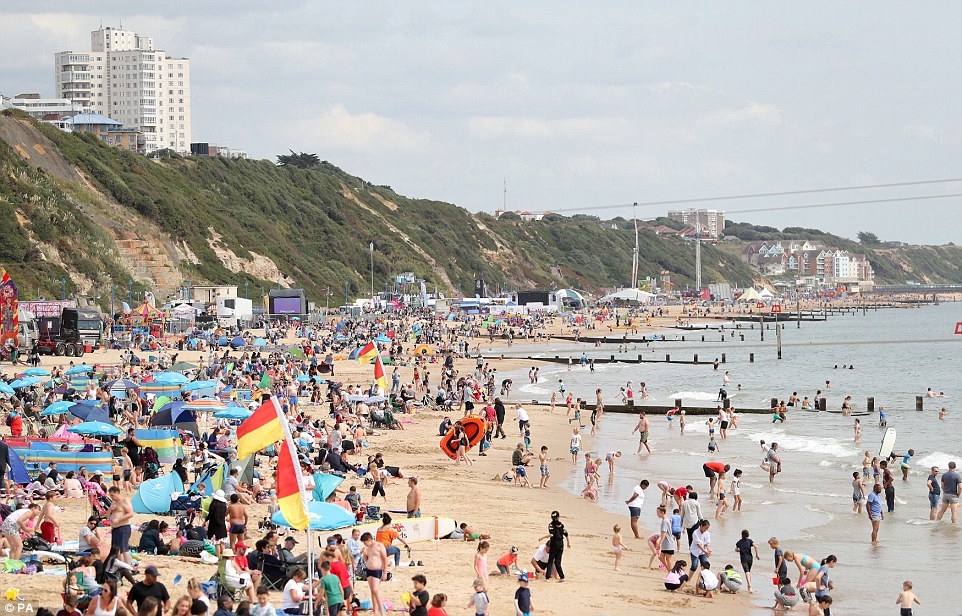 People enjoying the mild August temperatures in Bournemouth today (pictured). The latest government long-range outlook suggests that Britain is likely to stay warmer than normal over the next three months 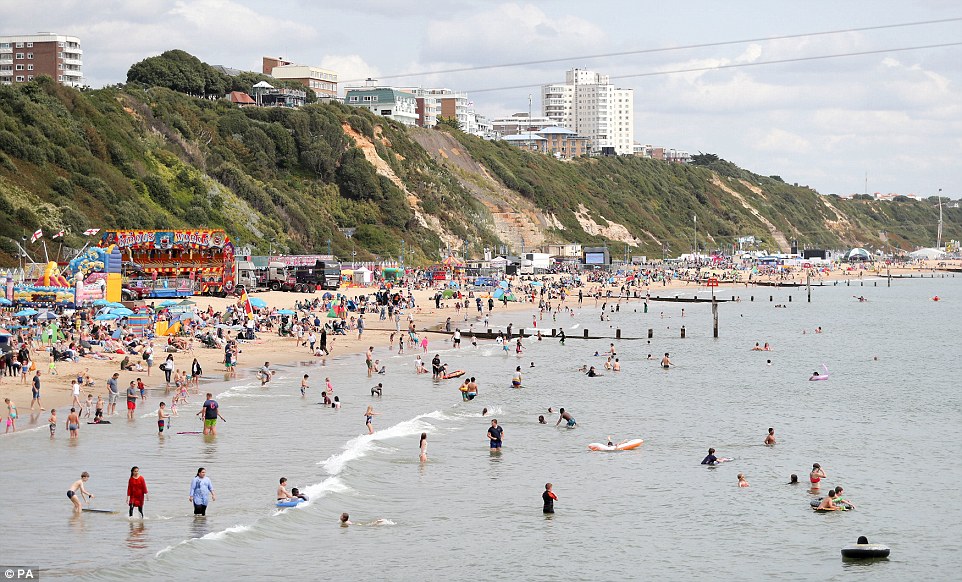 Fair ground rides have been set up on Bournemouth beach, along the South Coast

A Met Office spokesman said: ‘Sea surface temperatures across much of the northern North Atlantic Ocean remain below average.

‘This pattern moderately increases the chances of high pressure over Northern Europe during September.

‘Meanwhile, sea surface temperatures close to the UK continue to be well above average following the hot summer.

‘This also increases the chances of above-average UK temperatures, mainly in the early part of the outlook period.

It comes after the Met Office predicted August would be warm and dry in their long range weather outlook for the month. 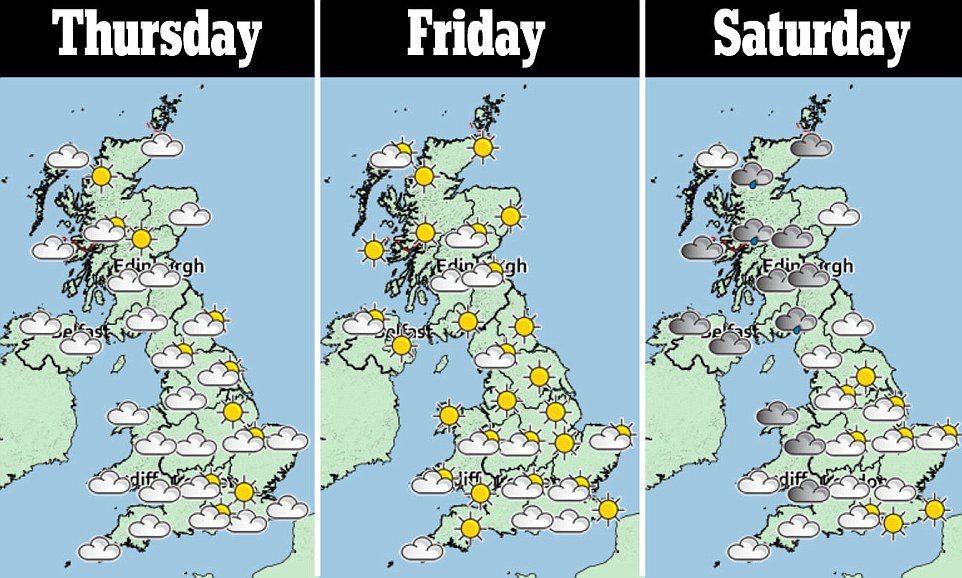 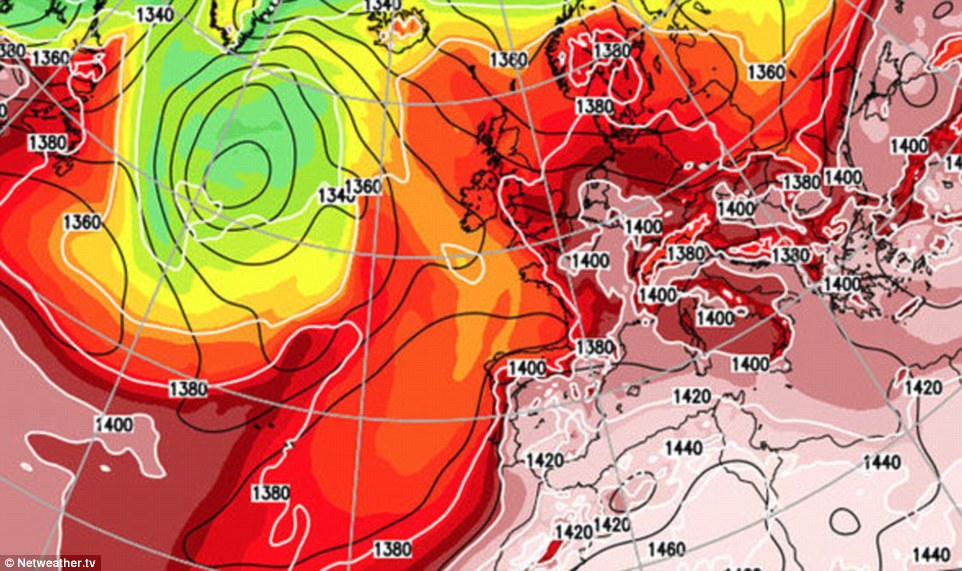 Higher pressure coming from the continent, combining with the lower pressures from the Atlantic could lead to an east-west split, whereby there is a fair bit of cloud in the west while the east remains sunny

Met Office spokesperson Graham Madge said: ‘There was a lot of media speculation about weather in August.

‘Our long range outlook suggested that it would be warmer and dryer than average, but that’s a long way from suggesting that we were going to continue with heatwave conditions, and obviously we did see part of the month with very dry and warm conditions.’

‘We certainly weren’t predicting a heatwave for the whole of August.’

The Met Office said that long-range outlooks are mostly aimed at supporting aviation and construction industries rather than being relied upon for detailed forecasts.

They added meteorologists jobs have been made more difficult due to erratic weather conditions, ranging from this summer’s long heat-wave to the freezing Beast from the East in February. 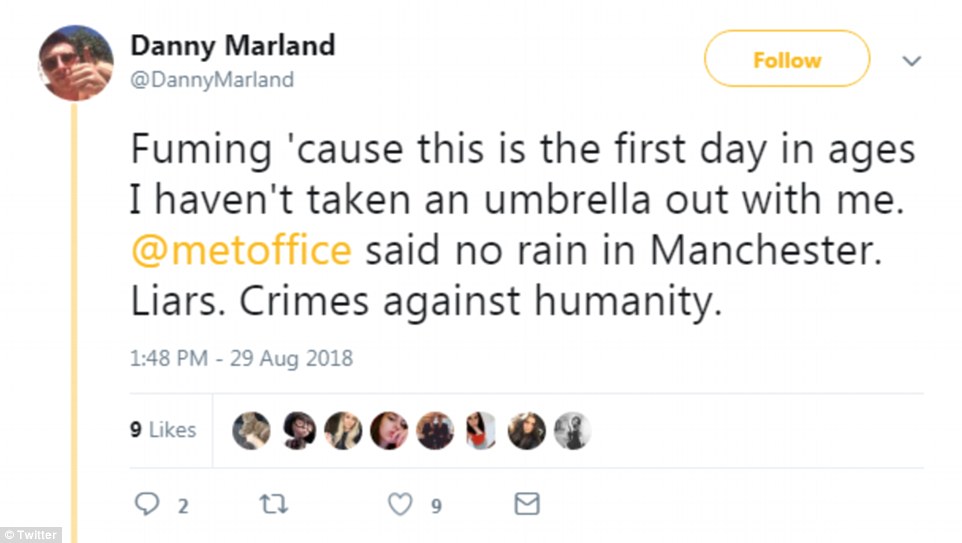 Graham from the Met Office said: ‘We obviously need the public’s trust on providing forecasts, but clearly there are limits to what meteorological science is able to provide at this moment in time, and we’re quite clear that we can provide forecasts with a reasonable degree of accuracy out to five or seven days, but beyond that it’s not possible to determine exactly what the weather is going to be like.

‘In terms of apologising to the public, it’s not fair to put us in that position because we haven’t given a month-long forecast for August which promised a heatwave.’