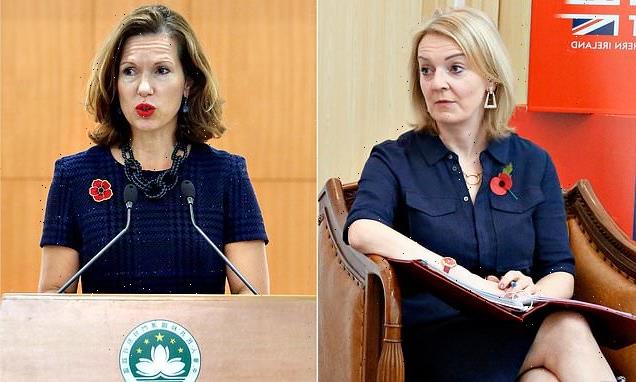 Britain’s ambassador to China has been accused of ‘lobbying’ Cabinet Ministers on behalf of the Beijing regime.

Sources said that Dame Caroline Wilson, who was appointed to the critical diplomatic position last year, sends letters to Ministers attending secret meetings of the National Security Council (NSC) that ‘effectively argue for the appeasement of China’.

The move risks putting Dame Caroline at odds with Foreign Secretary Liz Truss, one of the most hawkish members of the Cabinet on China.

When Ms Truss and Dame Caroline discussed China during Ms Truss’s previous job as International Trade Secretary, Dame Caroline asked why the UK didn’t adopt a more emollient approach to China, similar to how ‘we treat the French’. 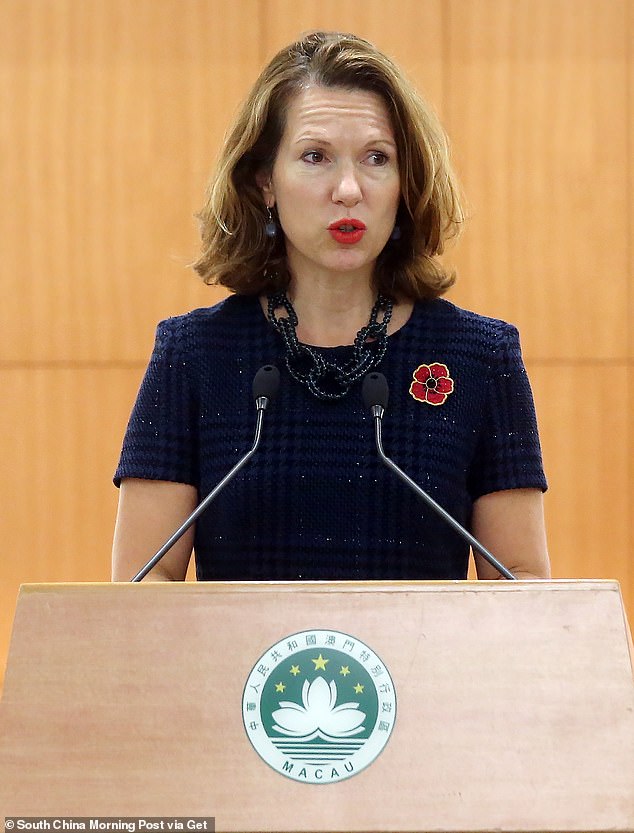 Dame Caroline Wilson, Britain’s ambassador to China has been accused of ‘lobbying’ Cabinet Ministers on behalf of the Beijing regime

Ms Truss replied: ‘Because the French aren’t committing genocide.’ Beijing has faced international criticism for its persecution of minorities such as the Uighurs, including forced sterilisation and slave labour.

Ms Truss’s promotion to the Foreign Office was a provocative move by Boris Johnson – placing a Brexiteer and China-sceptic Minister into a bastion of pro-EU and Sinophile diplomats.

Dame Caroline’s career at the Foreign Office is straight from central casting. After private school and Cambridge University, she took a degree in European Community law at the Institute for European Studies of the Université Libre in Brussels – where she was later posted.

When she became ambassador she said that she would bring ‘a mature, positive UK-China relationship, in line with UK values’.

Her allies dispute the characterisation of her as slavishly pro-China, stressing that she has angered Beijing by supporting the principle of a free press in the country.

Ms Truss has argued that Britain must not become ‘strategically dependent’ on China or submit to its ‘economic coercion’, saying she intends to build up alliances in the Indo-Pacific region to rein in Beijing. 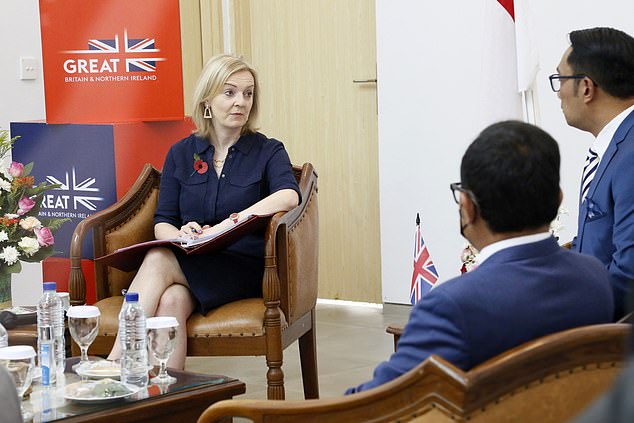 Foreign Secretary Liz Truss is welcomed to. technology showcase event in Bogor by the Governor of West Java, Ridwan Kamil on November 12

The NSC was set up in 2010 by former Prime Minister David Cameron as the main forum to discuss foreign policy, defence, international relations and development, resilience, energy and resource security.

It is made up of eight Cabinet Ministers, including Chancellor Rishi Sunak and Ms Truss, although other Ministers attend when the agenda is relevant to their portfolios. The security threats posed to the UK by China and Russia are a top priority.

Last night, a Foreign Office spokesman said: ‘We don’t comment on leaks. Ultimately decisions at NSC are made by those Ministers attending, not officials.’ A source added that ‘letters from ambassadors updating on the situation in their post are sent to Ministers regularly’.