The Government has admitted UK taxpayers will have to pay up to £39bn to the Brussels budget for decades to come.

But the Public Accounts Committee have warned that the bill could be up to £49bn by the time all bills are settled and urged Theresa May to come clean about the bill.

They also warned the ‘Brexit dividend’ – the money the UK will no longer have to pay in to the EU once it has left – was ‘hard to calculate’.

The finding is a major blow for the PM who has said the Brexit dividend will help fund her promised £20 billion-a-year spending boost for the NHS. 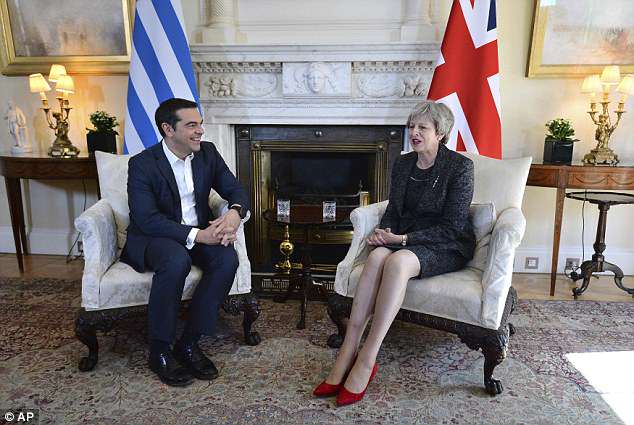 Meg Hillier said: ‘The true cost of Brexit is a matter of outstanding public interest. Government must provide parliament and the public with clear and unambiguous information.

‘Government’s narrow estimate of the so-called divorce bill does not meet this description.

‘It omits at least £10 billion of anticipated costs associated with EU withdrawal and remains subject to many uncertainties.’

The committee report added: ‘There is much talk of an EU dividend but our work has highlighted a number of as yet uncertain costs.

‘Any dividend will be hard to calculate and, if it materialises, is some years away.’

The report said ministers did not include £3bn of payments Britain will still have to make to the EU’s aid budget in their assessment. 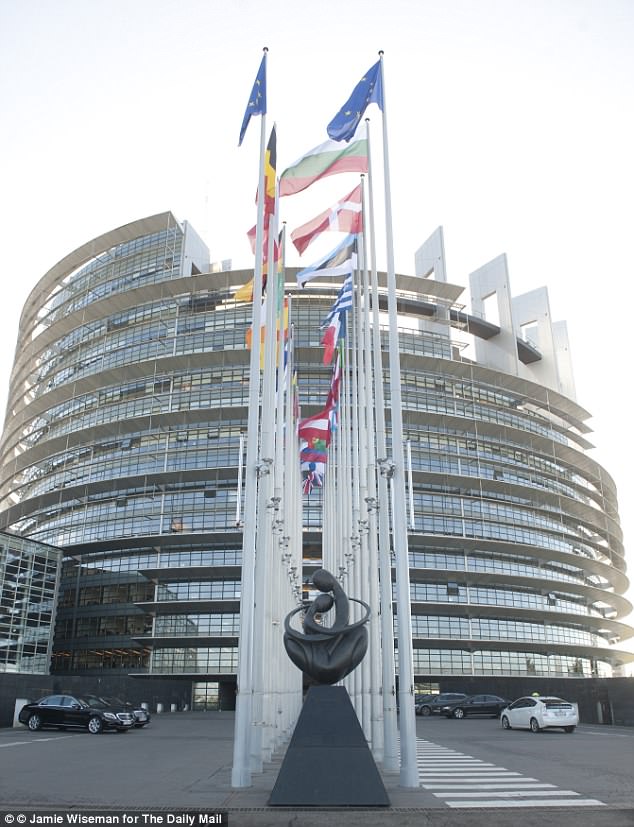 But the Public Accounts Committee have warned that the Brexit divorce bill could be up to £49bn (pictured, the EU Parliament building in Strasbourg)

And it warned that the final bill will not be known until 2022 when the final tally will be made of Britain’s budget contributions for 2014 to 2020.

While £7.2bn of EU funding is set to go directly to private sector bodies and would therefore not offset the cost to Government.

But the Treasury hit back at the claims in the select committee report.

A spokesman said: ‘We have negotiated a settlement that is fair to UK taxpayers and ensures we will not pay for any additional EU spending beyond what we signed up to as a member.’

The Treasury added ‘The National Audit Office confirmed in April that our estimated figure is a reasonable calculation.

‘Now we are discussing what our future relationship looks like.’