Britain’s eBay millionaire BOOM! Meet some of the 1,000 UK entrepreneurs making a six-figure annual turnover by selling their goods through auction site

The number of self-made millionaires selling goods on eBay has increased by 300 in the past year.

Now, for the first time in eBay’s 22-year history in the UK there are over 1,000 British eBay millionaires and the list of top businesses includes home furniture and DIY, car parts, clothes and computers.

An eBay millionaire is defined as a British registered business on eBay.co.uk with an annual turnover of £1million or more. 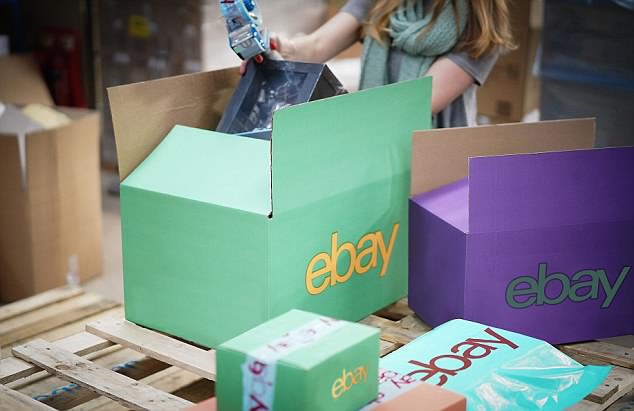 The greatest volume of eBay UK millionaires per capita are concentrated in Manchester, Birmingham and West Yorkshire

One of the new million-pound companies to join the list is Compare the Bathroom, a successful family-run business.

Ken Dawson and his two brothers Paul and Stephen, who are from Newcastle, have been running their bathroom showroom business for 40 years, and opened the online shop, Compare the Bathroom, on eBay in 2010 to help boost sales

They now receive an average of 80 orders per day, taking their turnover more than £1 million on eBay in 2017.

Mr Dawson said: ‘Sales have increased significantly over the last two years as younger customers increasingly choose online to source the products they need for their home improvement projects.

‘Unlike other customer segments who tend the prefer the physical store, younger consumers are much more comfortable shopping online, even for larger purchases like bathrooms. 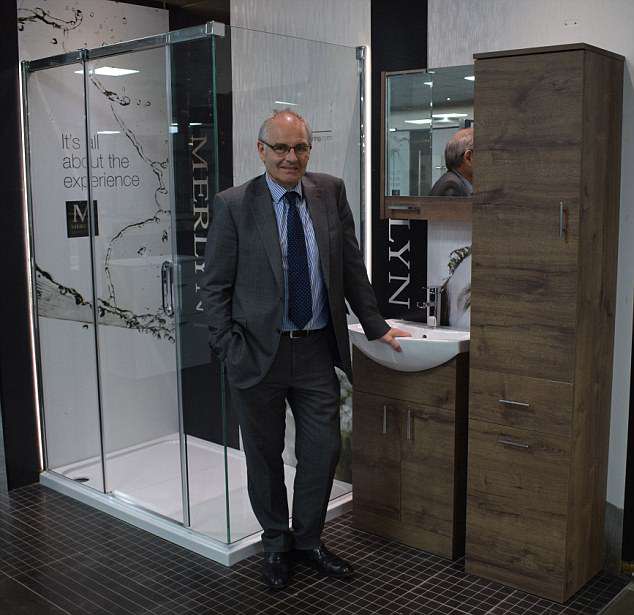 One of the new million-pound companies to join the list is Compare the Bathroom, a successful family bathroom business run by Ken Dawson (pictured) and his two brothers

‘We’re increasingly seeing customers opt for showers over baths as changing lifestyles mean people are living faster-paced lives in smaller spaces. Over the last year, we’ve also seen a trend for vanity units and bathroom furniture as customers seek stylish solutions to store an increasing array of bottles and cosmetic products in their bathrooms.’

A surprise entrant into the millionaires club are four pet product entrepreneurs.

These firms have grown as millennials increasingly spend on pets. The average Briton has increased his or her spending from £0.80 to £5.40 per week in the last five years.

Aquatic pet supplies business, Aquacadabra is one such business to benefit. 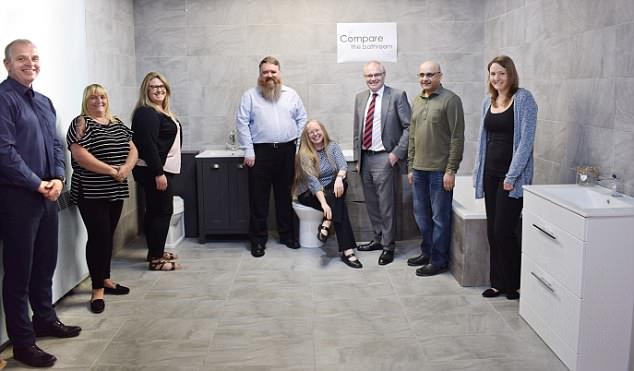 The Compare the Bathroom team: The firm now boasts three showrooms across North East England. They began selling on eBay in 2010, and now receive an average of 80 orders per day

Aquacadabra started in 1992 in south-east London before owner Peter Amos, 48, expanded operations onto eBay in 2003.

Online sales took off almost immediately and have been growing ever since. The firm now occupies an 8,000 sq. ft. warehouse, which includes a physical store, and employs more than 20 people to cope with demand.

Mr Amos said: ‘When we decided to try selling on eBay, we were amazed at how quickly the first few items we put up sold. Fishkeeping has become an incredibly popular hobby in the UK, and it’s become a lot easier to get in to over recent years thanks to the technology and range of products on offer, such as LED lighting.

‘Nowadays, it’s easier than ever before to keep fish, including types that people may think of as requiring more time and effort, such as tropical fish. Today’s technology and equipment makes care a lot easier – today’s tanks are effectively ‘plug and play’, coming with heaters, pumps, lights etc. built in for ease of use.’

The greatest volume of eBay UK millionaires per capita are concentrated in Manchester, Birmingham and West Yorkshire. 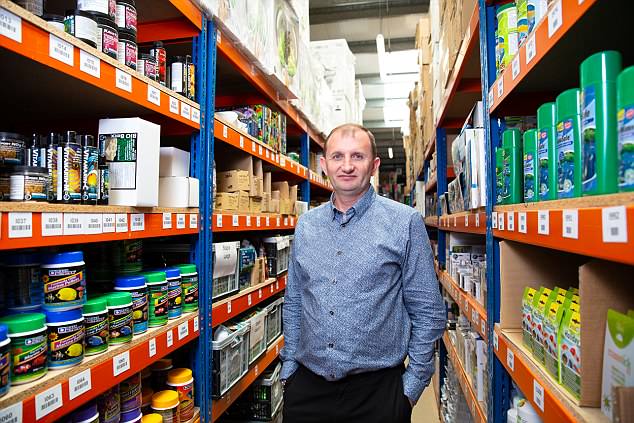 Peter Amos is one of the new eBay millionaires after his Aquatic pet supplies business, Aquacadabra, went from strength to strength after expanding and starting to sell online

A previous eBay study in 2015 found that Greater Manchester had a higher concentration of small online businesses than anywhere else in the UK.

Rob Hattrell, UK Vice President of eBay said: ‘Around 23 million Brits continue to visit us every week and it’s no surprise that the nimble small businesses, which understand and cater to the ever-changing tastes of British shoppers, are flourishing.’

Mr Hattrell added: ‘We provide Brits with the opportunity to make a living out of their passion – and our entrepreneurs are becoming more successful than ever, with a significant increase in the number of millionaires on the platform over the past twelve months.’

The release of the figures coincides with the launch of the 2018 eBay for Business Awards – a celebration of the most successful and inspiring firms amongst the 200,000 small and medium sized businesses which sell in the UK. 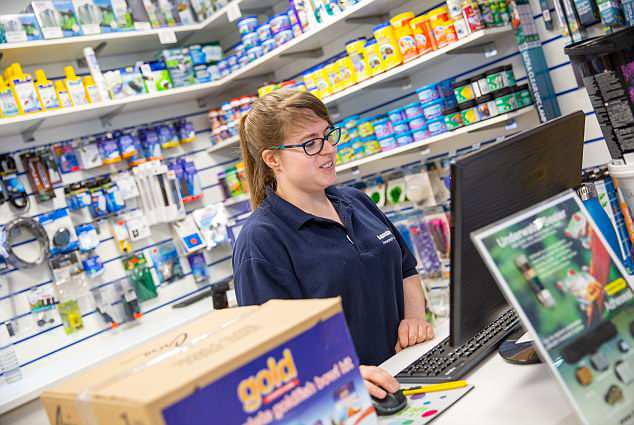 Aquatic pet supplies business, Aquacadabra, is one of the new millionaire eBay businesses