Britain’s luckiest driver walked away from this spectacular crash with barely a scratch.

Amazing photos show a 6ft long metal ‘spear’ from a barrier smashing through the front windscreen.

The huge length of steel missed the driver’s head by three inches. 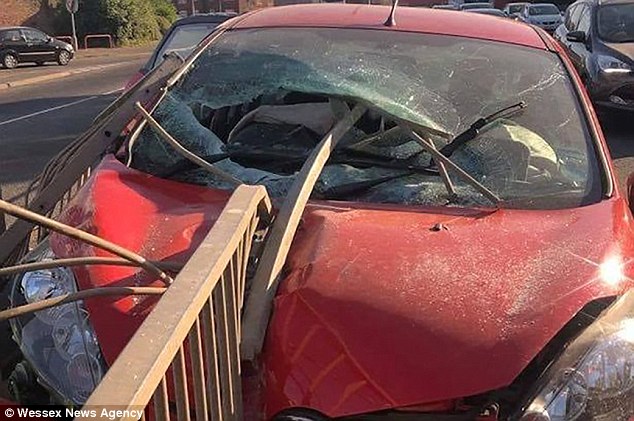 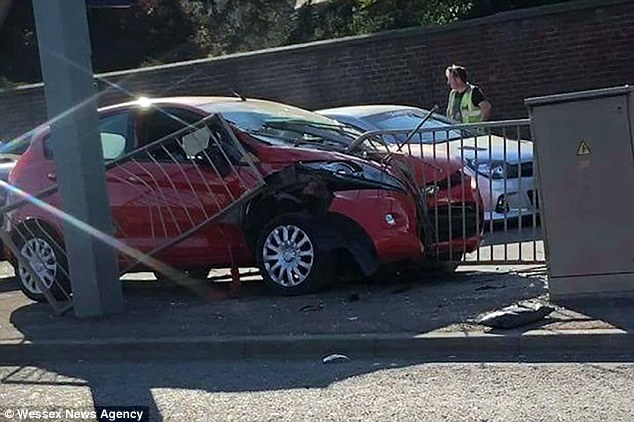 Part of the driver’s-side of car was also torn off in the crash, but the driver escaped unharmed

‘A fraction more to the right and the motorist would have almost certainly have been decapitated’ said one traffic police officer today.

A section of the railings can be seen piercing the windscreen, which also reveals a deployed airbag.

And some of the driver’s side of the car has also been torn off.

A Lincolnshire Police spokesman confirmed the driver, who hasn’t yet been named, miraculously walked away with no injuries.

The Fiesta ran out of control in a car park and smashed at high speed into the railings.

Fortunately there were no pedestrians in the way when the driver lost control.