LONDON (Reuters) – Prime Minister Theresa May set out on Tuesday a “new deal” for Britain’s departure from the European Union, offering sweeteners to opposition parties in her fourth attempt to break an impasse in parliament over Brexit. 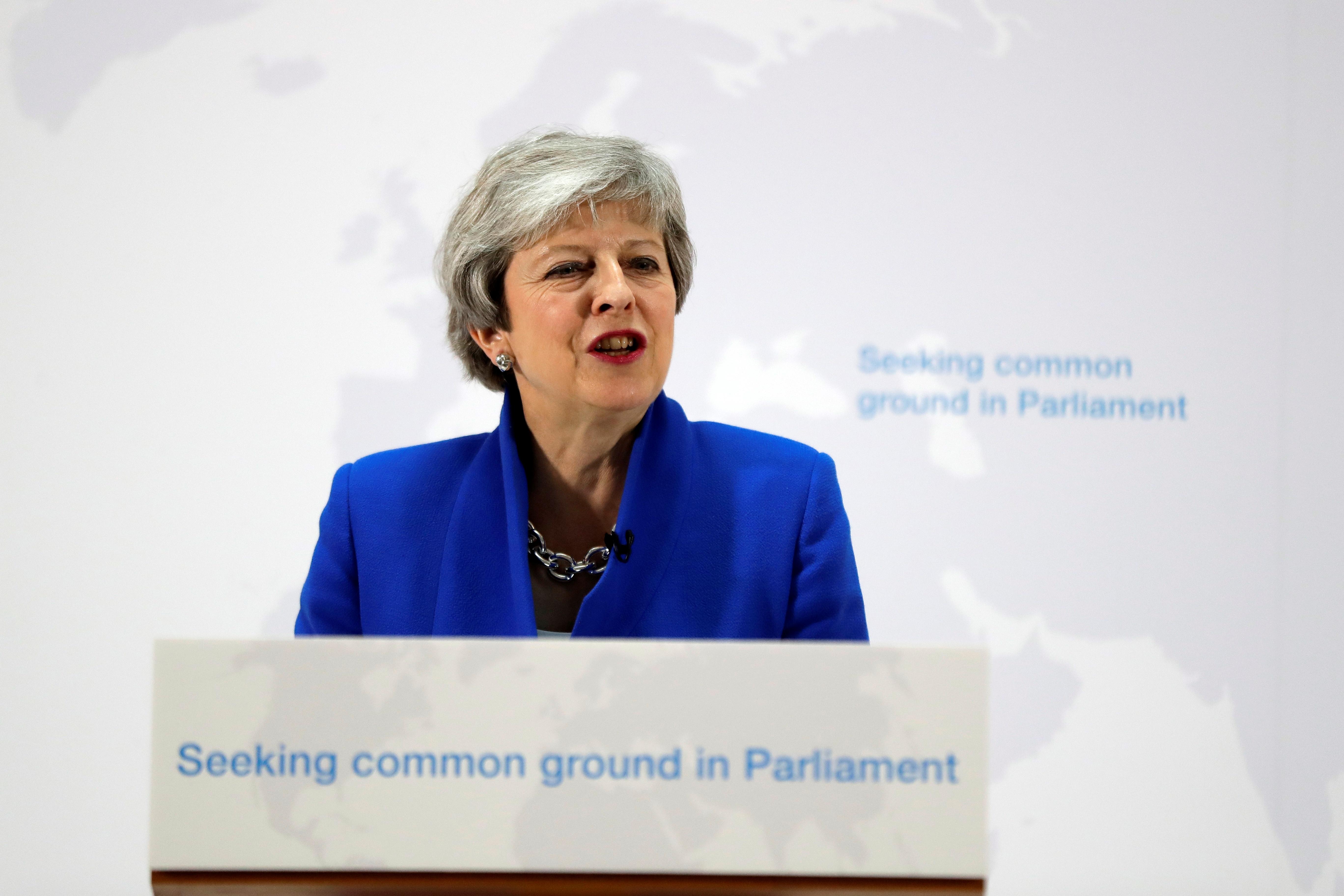 Three years since Britain voted to leave the EU and almost two months after the planned departure date, May is mounting a last bid to try to get the deeply divided parliament’s backing for a divorce deal and leave office with some kind of legacy.

The odds do not look good. Despite offering what she described as “significant further changes”, many lawmakers, hardened in their positions, have already decided not to vote next month for the Withdrawal Agreement Bill, legislation which implements the terms of Britain’s departure.

Speaking at the headquarters of PricewaterhouseCoopers, May appealed to lawmakers to get behind her deal, offering the prospect of a possible second referendum on the agreement and closer trading arrangements with the EU as incentives.

“I say with conviction to every MP or every party: I have compromised, now I ask you to compromise,” she said.

“We have been given a clear instruction by the people we are supposed to represent, so help me find a way to honor that instruction, move our country and our politics and build the better future that all of us want to see.”

By offering the possibility of holding a second vote on her deal and a compromise on customs arrangements, May hopes to win over opposition Labour lawmakers, whose votes she needs to overcome resistance in her own Conservative Party.

But Labour leader Jeremy Corbyn said his party could not vote for the Withdrawal Bill, describing May’s new offer as “largely a rehash of the government’s position” in talks with the opposition which broke down last week.

She has also infuriated Brexit-supporting lawmakers, who have described a customs union with the EU as no Brexit at all.

Several leading Conservative eurosceptics such as former Brexit minister David Davis and Jacob Rees-Mogg said they would not vote for the bill in early June.

And Northern Ireland’s Democratic Unionist Party, which props up her government, said the “fatal flaws” of her original deal remained. They fear the divorce deal could see Northern Ireland split from the rest of the United Kingdom.

May’s movement towards what many describe as the “Remain” lawmakers, who want to stay in the EU, is a shift for a prime minister who has long said she is against a second referendum and staying in a customs union with the bloc.

She may be counting on the fact that parliament – which would have to back any new referendum – has so far opposed any second public vote and also that a “temporary” customs union might just be weak enough for some in her party to accept.

But it signals how her earlier strategy, to keep Brexit supporters on board, has failed and the last-ditch attempt to get Labour lawmakers, if not their leader, on board, some say, is simply too little, too late.

“It’s a gimmick from a desperate PM who has run out of road, refuses to compromise and for three years has sidelined parliament and the country,” Labour lawmaker Seema Malhotra told Reuters.

David Jones, a former minister, described the speech as “unacceptable” and predicted that the move just before Thursday’s elections to the European Parliament would only buoy support for veteran eurosceptic Nigel Farage’s Brexit Party.

“I believe more Conservatives will vote against it,” he told Reuters. “Regrettably, it will probably also boost the Brexit Party vote on Thursday.”

May wants to get her withdrawal deal, agreed with the EU last November, through parliament so she can leave office, as promised, having at least finalised the first part of Britain’s departure and prevented a “no deal” Brexit, an abrupt departure that many businesses fear will create an economic shock. 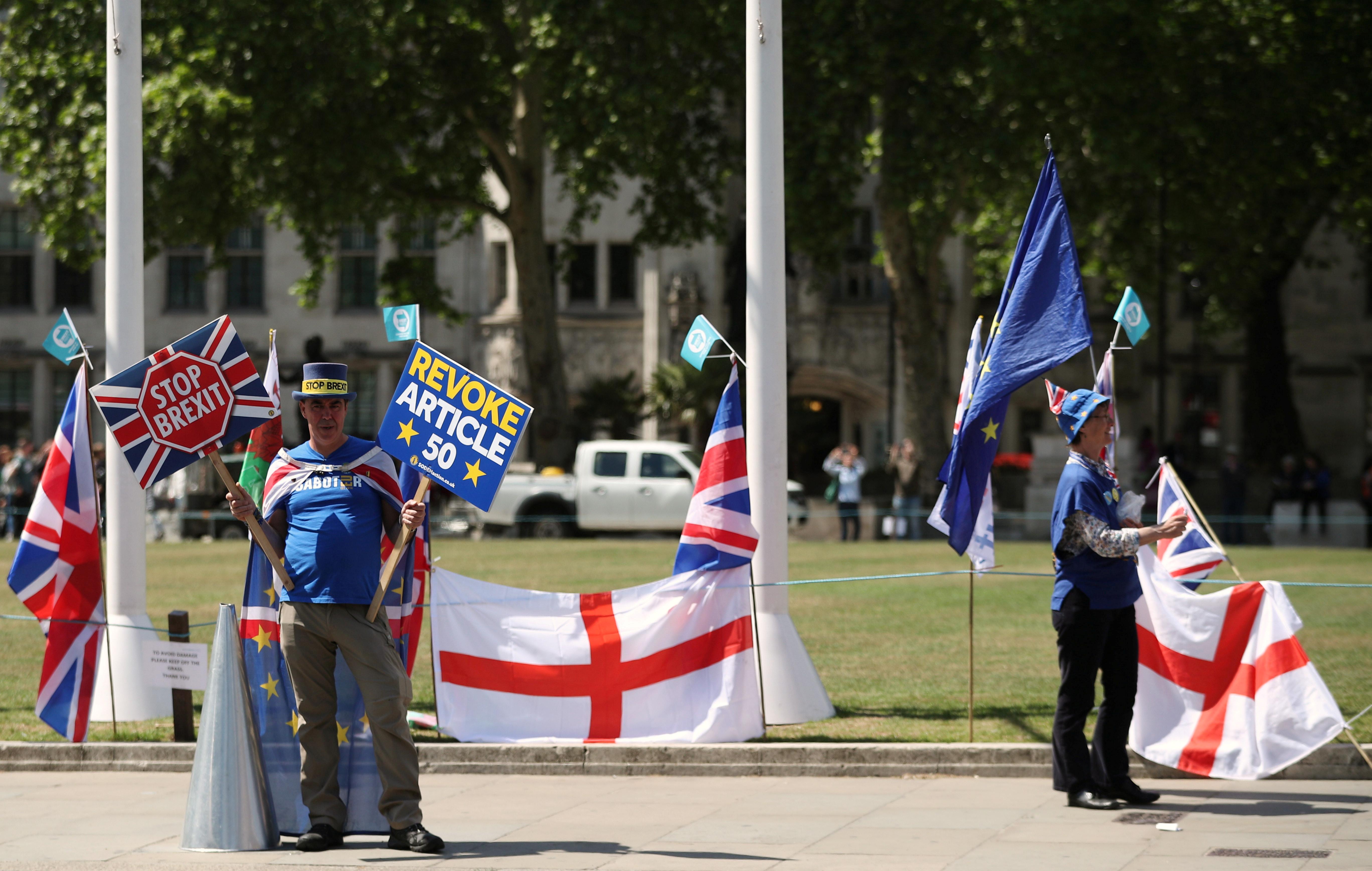 Finance minister, Philip Hammond, rammed the point home in parliament on Tuesday when he said a no-deal Brexit would leave Britain poorer. He is expected to send the same message to business leaders in a speech later in the day.

“The 2016 Leave campaign was clear that we would leave with a deal,” he will say, according to advance extracts.

“So to advocate for ‘no deal’ is to hijack the result of the referendum, and in doing so, knowingly to inflict damage on our economy and our living standards. Because all the preparation in the world will not avoid the consequences of no deal.”