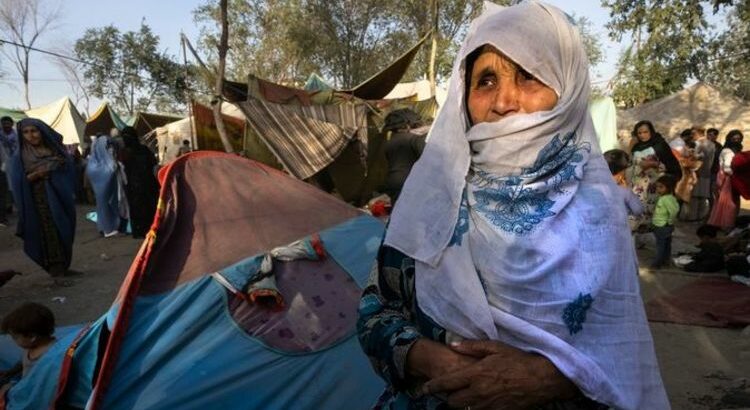 Sir Laurie Bristow had intended to remain in the country’s capital, Kabul, however, he is to be airlifted out by Monday evening, new reports show. UK diplomats and government officials have fled the country, decreasing the number from 500 to the “low tens” amid growing concerns that the Taliban will take the airport, cutting off the only way to leave the capital.

Around 600 British troops are to be sent to Afghanistan to evacuate UK nationals.

Defence Secretary Ben Wallace announced last week that the troops will be sent to evacuate around 3,000 UK citizens along with 2,000 Afghan interpreters and “other people we have an obligation to”.

Mr Wallace said that the troops are expected to arrive in the coming days and are a “pre-planned phase”.

The mission to evacuate British nationals is expected to last until the end of the month, however, sources claim the plan has been changed.

This is following Thursday night when two major cities fell to the Taliban, as the insurgency continued to seize control of the country.

The Taliban advanced in Kandahar and Herat – a cultural and economic hub.

The two cities are the country’s second and third largest cities – the Taliban’s biggest military victory since May.

US officials fear that the country’s government will collapse within 30 days.

DON’T MISS
Ex-Royal Marine who set up animal charity in Afghanistan hits out [INSIGHT]
PM: No military solution as Taliban close in on Kabul [UPDATE]
Will the UK go to war with Afghanistan? UK has ‘right to intervene’ [REVEAL]

The Taliban had progressed to the Char Asyab district on Saturday, sources claim.

This is just seven miles from the capital of Kabul where the UK ambassador resides.

“Watching Afghanistan slide slowly towards civil war and the Taliban advance is a painful experience for all of us,” Ben Wallace wrote in The Daily Telegraph.

“A unilateral force would very quickly be viewed as an occupying force and, no matter how powerful the country that sends it, history shows us what happens to them in Afghanistan.”

As it stands, only four major cities remain under governmental control but two are under siege.