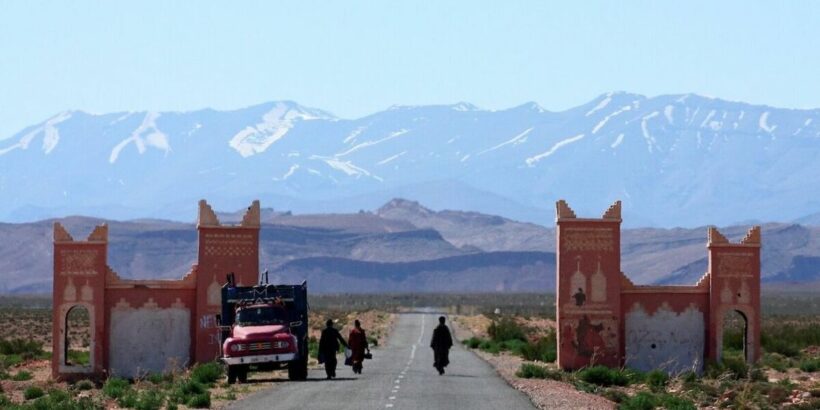 A British woman plunged to her death while attempting to scale a 13,600ft (4,167 metres) mountain in Morocco as her companion watched. The unidentified climber was scaling Mount Toubkal, one of Morocco’s Atlas Mountains, last month when she plunged from the peak and into a crevice. Emergency services arrived to extract the pair but could not save the woman, who died when she fell from one of the mountain’s tallest points.

They began their journey in Al Rovij reportedly without a local guide, who would traditionally escort climbers and help carry their equipment.

The woman fell as they neared Aslghi, a section of the mountain near Tizi, a beauty spot favoured by climbers for celebratory pictures.

While approaching the summit location, she fell into a “hole” from “a mountainous height”.

Responders from the Royal Gendarmerie, Civil Protection and local authorities attended the scene and retrieved the woman’s body.

The Foreign, Commonwealth and Development Office (FCDO) has supported the late climber’s family.

A spokesperson said: “We have provided support to the family of a British woman who died in Morocco on 25th October”.

Mount Toubkal, while billed as safe to climb, has claimed several lives in recent years.

Another Briton, 19-year-old Connor Jarvis, died while climbing the peak in 2016.

A 2019 inquest heard the teen from Bath had travelled to the country for a hiking trip.

He embarked up the mountain alone, rejecting advice from his parents not to “wander off on his own”.

Local authorities found his body on the mountain on June 4, 12 days after he set off.

Mount Toubkal takes climbers roughly two days to complete but can prove treacherous for those without a guide.

North Africa’s highest peak is a climbing hotspot, given its reputation as challenging but rewarding.

Many climbers take on the challenge without a guide, usually those with ample trekking experience.

Reports have not confirmed whether the climber who died on September 25 or her companion were experienced or novice backpackers.

The Our Moroccan News piece suggested the pair could have avoided the accident with assistance from a guide.

The publication said they understand the “mysteries of the area” and the potential dangers.