A British cybersecurity researcher who halted the WannaCry virus outbreak last year has been slapped with more charges for creating computer viruses of his own.

Marcus Hutchins was first arrested in August last year and charged with creating a piece of malware called Kronos, which was designed to steal bank details.

But on Tuesday he was hit with four fresh charges over a second piece of malware called UPAS Kit which was designed to collect personal information. 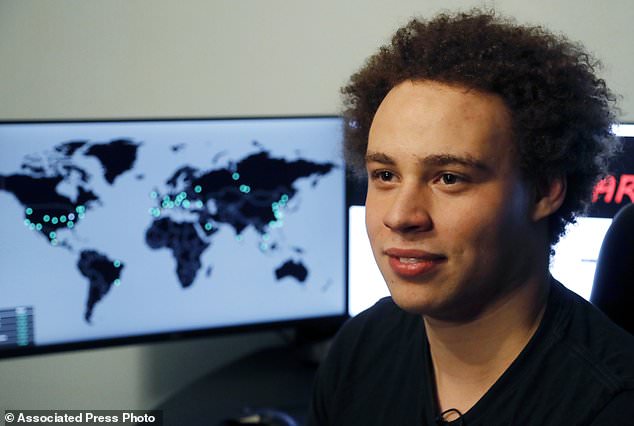 Marcus Hutchins, a cyber expert south west England, was handed four fresh charges on Thursday alleging he created a virus to steal personal information and lied to the FBI

Hutchins, who is from Devon in the south west of England, is also accused of lying to the FBI. In total he is now facing 10 charges

He denies all charges and is appealing on Twitter for help with his legal fees.

The updated filing landed as a federal judge weighed a request from Hutchins’ attorneys to suppress statements he made to the FBI when he was arrested last year.

His attorneys argue he wasn’t properly informed of his rights.

Moments after the charges were filed, he sent tweets asking for donations for his defense and disparaging prosecutors.

He used profanity to describe prosecutors in one tweet he has since deleted.

One of his attorneys, Brian Klein, called the updated indictment ‘meritless.’

‘It only serves to highlight the serious flaws in this prosecution,’ he said in a statement.

‘We expect Marcus to be vindicated and then he can return to doing what he loves: keeping us all safe from malicious software.’ 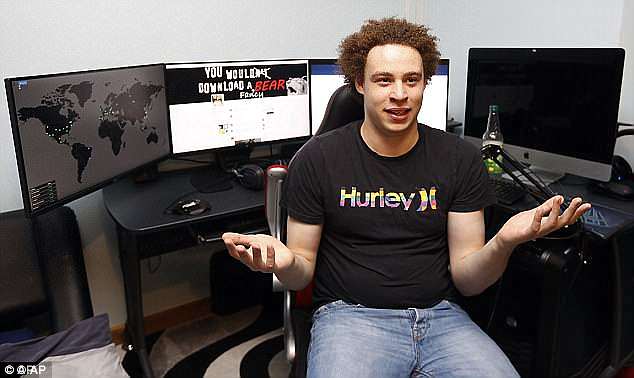 Hutchins made headlines after he stopped the WannaCry virus which infected computers around the world last year, but was arrested just months later 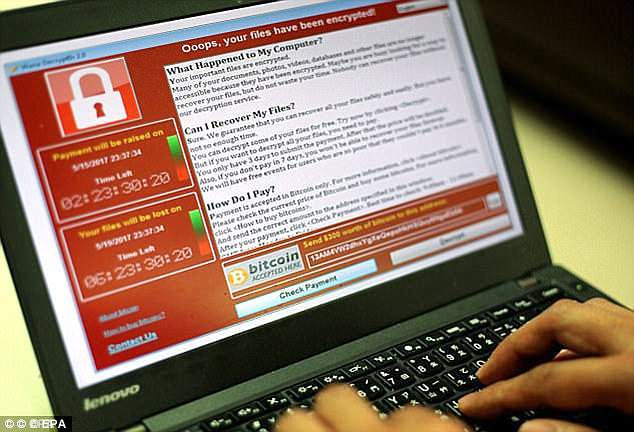 WannaCry encrypted data on computer hard drives, locking users out unless they paid a fine of between $300 and $600 in anonymous currency Bitcoin

Hutchins arrest was a shock because months earlier he had been lauded as a hero for finding a ‘kill switch’ to the WannaCry virus which crippled computers worldwide.

The virus encrypted files on infected computers, making them inaccessible unless people paid a ransom ranging from $300 to $600 in anonymous currency Bitcoin.

It affected computers around the world but hit the British National Health Service hard, locking doctors out of computers used to access sensitive patient data.

FBI agents detained him in Las Vegas before he boarded a flight home to England and interrogated him for nearly two hours.

The agents have said Hutchins spoke to them voluntarily but lied by denying that he was involved in the creation of Kronos.

The new indictment contains details of the FBI’s investigation of Hutchins, including aliases of people he allegedly conspired with online to advertise and sell Kronos.

Prosecutors say Hutchins and another individual posted a video on YouTube in 2014 to ‘demonstrate how Kronos worked and to promote the sale of Kronos’ – a detail not disclosed in the original indictment.

The indictment said the crimes happened between July 2014 and July 2015, but prosecutors have not offered any details about the number of victims.

WannaCry: The cyber attack that crippled the world

Ransomware is a type of malicious software that criminals use to attack computer systems.

The aggressive attacks dupe users into clicking on a fake link – whether it’s in an email or on a fake website, causing an infection to corrupt the computer.

In some instances, adverts for pornographic website will repeatedly appear on your screen, while in others, a pop-up will state that a piece of your data will be destroyed if you don’t pay.

In the case of the NHS attack, the ransomware used was called Wanna Decryptor or ‘WannaCry’ Virus. 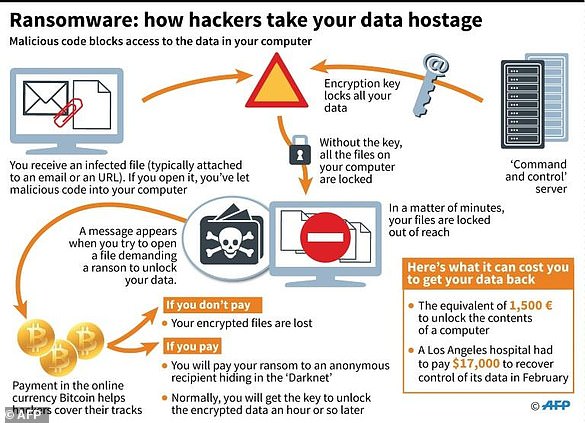 What was the WannaCry virus?

The virus encrypts certain files on the computer and then blackmails the user for money in exchange for the access to the files.

It leaves the user with only two files: Instructions on what to do next and the Wanna Decryptor program itself.

When opened the software tells users that their files have been encrypted and gives them a few days to pay up or their files will be deleted.

It can quickly spread through an entire network of computers in a business or hospital, encrypting files on every PC.

How to protect yourself from ransomware

Thankfully, there are ways to avoid ransomware attacks, and Norton Antivirus has compiled a list of prevention methods:

1. Use reputable antivirus software and a firewall

2. Back up your computer often

3. Set up a popup blocker

4. Be cautious about clicking links inside emails or on suspicious websites

5. If you do receive a ransom note, disconnect from the Internet