Britain’s ambassador to America has reacted with fury after he was told his official residence will have to close for two years after Brexit for building work.

The British residence has been at the the heart of diplomatic life in Washington for 90 years – hosting presidents, royalty and The Beatles.

Britain’s ambassador Sir Kim Darroch has been told the building will shut its doors and he will have to move out while asbestos is removed.

He has warned that shutting the historic embassy just as Britain is quitting the EU and at a pivotal time in Britain’s Special Relationship with the US. 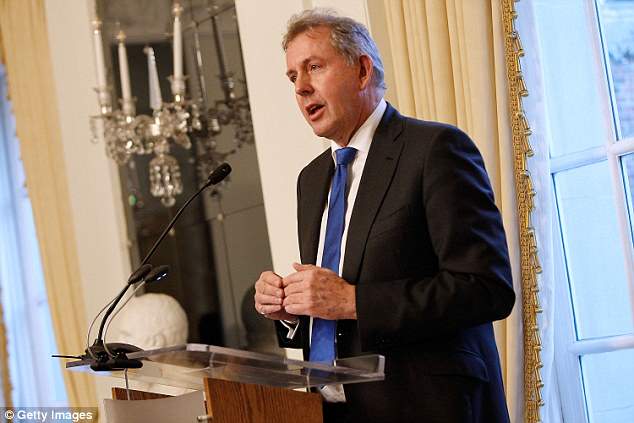 He has urged Foreign Office officials to hire another residence for him to move into to ensure the UK retains a base at the very centre of a cut and thrust of Washington.

But his please have been turned down by the Foreign Office who say it will be too expensive, The Daily Telegraph reports.

Sir Simon McDonald, the head of the diplomatic service, is said to have blocked the move.

Under the current plans Sir Kim will move out of the opulent residence and move into his deputy’s far more modest property.

And when the British embassy wants to hold diplomatic parties it will have to splash out on luxury hotels instead.

The current residence was designed by Sir Edwin Lutyens, who was also built the Cenotaph in London.

In 1964 The Beatles dropped by in what turned out to be a very raucous visit as the overexcited diplomatic crowd vied to get near the fab four.

Drummer Ringo Starr had a lock of his hair cut off by fans. He said: ‘Someone just cut off a piece of my hair. I’m ruddy mad. This lot here are terrifying.’ 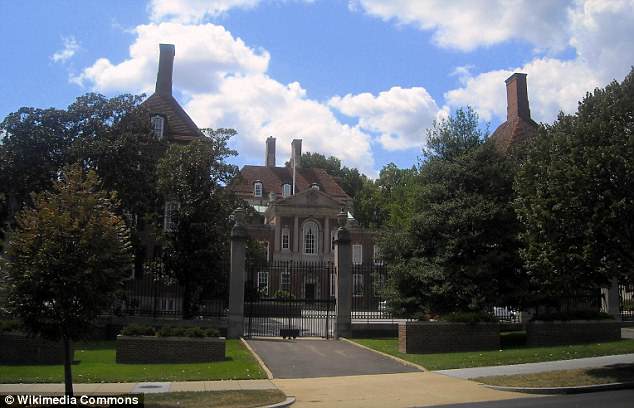 The British residence (pictured) has been at the the heart of diplomatic life in Washington for 90 years – hosting presidents, royalty and The Beatles.

While John Lennon was pushed pulled by a ‘rugby scrum of young Foreign Office officials’ and George Harrison was grappled into a corner by dozens of autograph hunters in formal dress, according to Foreign Office documents recounting the visit.

Sir Anthony Seldon, who has written a book about the embassy entitled The Architecture of Diplomacy,says it is one of the greatest embassie s in the world.

he told the newspaper: ‘For British diplomacy to work, you need the ‘wow’ factor, and the residence is far more elegant than Downing Street.

‘I think that the money spent [on an alternative residence] will pay itself back 10 times over. The US ambassador needs to entertain, it’s soft power in action.’

A Foreign Office spokesman said the British Embassy would continue to operate while the work was carried out.

She said: ‘During the maintenance, steps have been taken to minimise disruptions to the operation of the British Embassy and there will be no change to the quality of the delivery of the Embassy’s vital work.’

The embassy will be closed shortly after the midterm elections in 2018, which will determine whether the Republicans retain control of the Senate and House of Representatives.