A British ex-soldier convicted of carrying out 40 burglaries in central France has been caught after spending five months on the run, police said Wednesday.

The 52-year-old, who has not been named, carried out the crimes around the market town of Civray, close to La Rochelle – terrifying locals in the process.

He then used skills he had acquired in the British Army to build a hideout for himself and other burglars, while carrying out further crimes in the area. 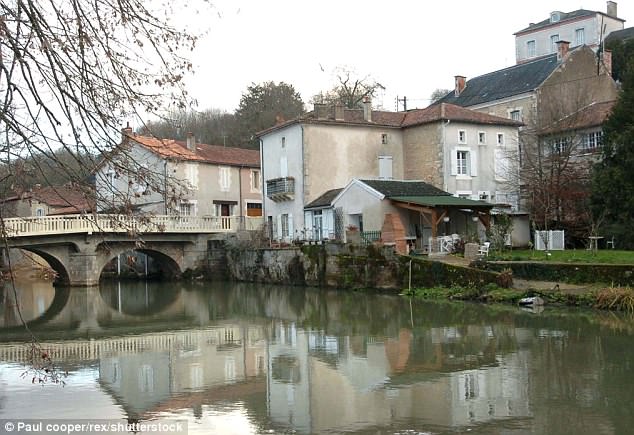 The 52-year-old, who has not been named, targeted mostly British ex-pats around the market town of Civray, pictured, and was convicted in absentia in January this year

The Civray area is hugely popular with second homeowners from Britain, as well as many expats who are drawn by the good weather and relatively cheap property prices.

British ex-pats were the burglar’s main targets, as many left their properties poorly secured when away, and they were easy to identify because of their car registration plates.

The Englishman was finally brought to justice in April last year, but then went on the run, and ended up in the middle of a dense wood near the town of Surin.

There was still no sign of him when he was summoned to court to face 40 counts of burglary on January 4, so he was sentenced in absentia to 15 months in prison.

A European arrest warrant was issued, but not until Tuesday was the man found, sleeping under a tarpaulin with five other men. 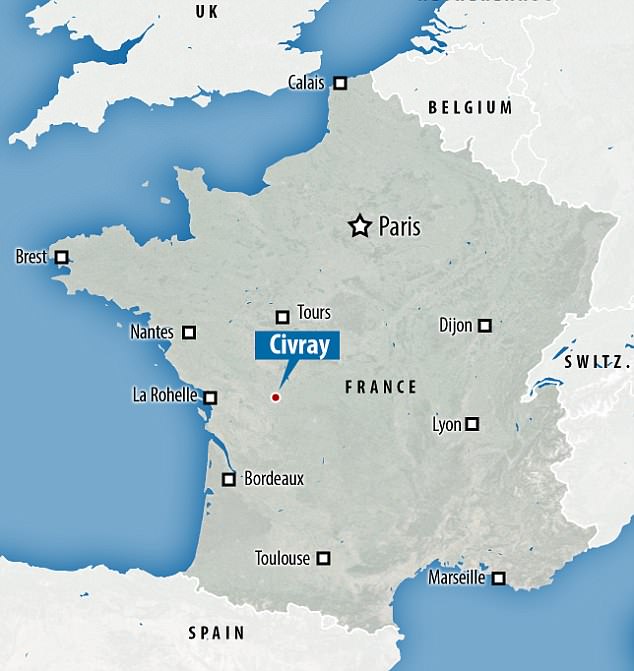 Hiding: The British man was found after five months in hiding near his ‘hunting ground’

‘The arrest was calm, and there was no violence,’ Captain Captain Benjamin Duval, told the Nouvelle Republique newspaper.

‘Living conditions were very basic, despite the installation of a portable television running off a battery.

‘There are probably other burglaries which we’re not aware of it. We found about 200 objects in the camp – gas bottles, cooking appliances, new laptops, jewelry, and silverware. Now we have our work cut out identifying the victims.’

Claudie Memin, the mayor of Surin, said: ‘It’s a great relief to know he was arrested. The population was worried, including me.

‘Children and the elderly were scared. One couple was robbed eight times, and they had to install a grill in their kitchen. He always turned up when they had filled their fridge.

‘People thought they could see him everywhere, but nobody knew anything about him. He probably only turned up at night.’

The arrested man admitted that 90 per cent of the objects recovered were of criminal origin, and has now been taken to prison to serve his sentence.