Millions of travellers could be hit with a new tax to pay for more Border Force staff at airports.

Cuts to the number of officers and a surge in passengers have been blamed for delays of up to two-and-a-half hours at some passport controls this summer.

The Government is considering how to beef up security at the borders and reduce queues without relying on public funds. 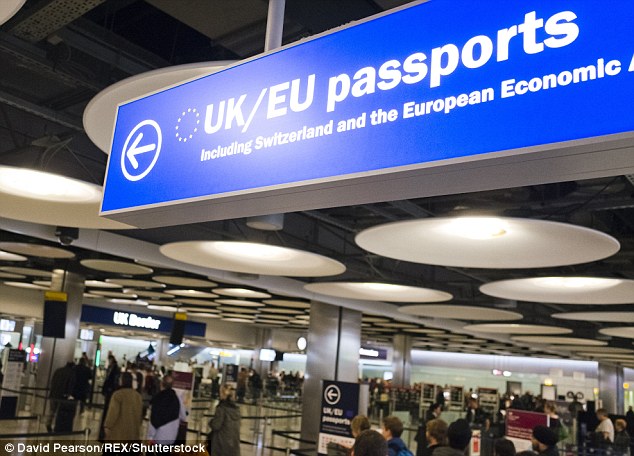 One option is a new tax raid on those flying in and out of the country, on top of the unpopular air passenger duty, according to senior aviation industry insiders.

Last night Grant Shapps, Tory MP and chairman of the cross-party Big Infrastructure Group, said: ‘It would beggar belief if passengers already hit with one of the highest rates of tax in the world have a new tax slapped on them just for using airports.

‘The Government needs to think twice before creating new taxes which make it more expensive for families to go on holiday.’

A fleeting reference to the plans was made in a Department for Transport report published in April outlining the goals of its new Aviation Strategy.

It cited a report from consumer group Which? indicating low levels of passenger satisfaction with queues at passport control at seven of the 13 airport terminals surveyed.

The DfT report said that ‘to ensure excellent service at the border whilst continuing both to deal with the growth in passenger numbers and increasing passenger expectations, as well as maintaining security, the Government will consider whether there are additional or alternative funding mechanisms’.

It pointed out that ‘a number of other countries have already introduced such schemes’, but stressed there would be a consultation if ‘significant new charging mechanisms were introduced’.

This could emulate the controversial border clearance levy introduced in New Zealand in 2016. Passengers flying into the country must pay an arrival levy of 15.79 New Zealand dollars (around £8) and a departure tax of $2.94 (around £1.50). This is added to the cost of tickets. 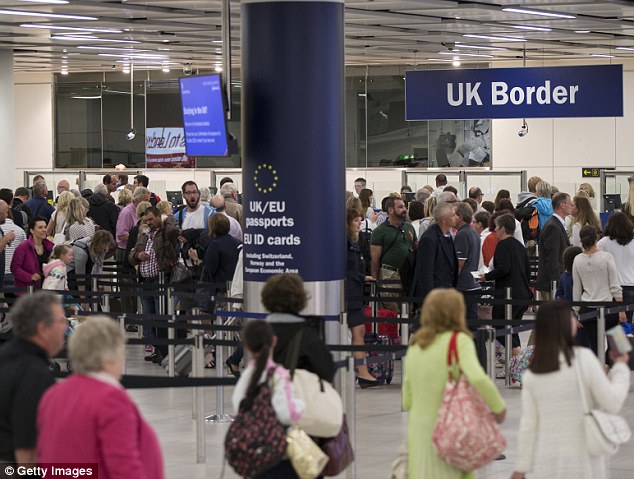 But a similar fee in Britain would be even more controversial as air passengers already pay one of the highest rates of tax in the world in the form of air passenger duty.

This levy – £13 a flight for short-haul economy class passengers and £78 for longer trips – is expected to raise £3.5billion for the Treasury this financial year. Business and first-class passengers have to pay double.

A senior airline industry source said last night: ‘It is deeply concerning that passengers might be made to pay for what is a core Government responsibility – keeping our border secure and making sure the service experienced by travellers is acceptable.

‘We already levy one of the highest rates of tax on air travel in the world. We need to avoid the kind of situation we saw this summer at Heathrow [where passengers faced two-and-a-half-hour queues] but it shouldn’t be done on the backs of passengers.’

The Government cut the Border Force budget by more than 8 per cent to £565million between 2012/13 and 2016/17. Over the same period, passenger numbers increased by nearly 25 per cent.

The Border Force’s budget was cut by another 2.3 per cent last year, although the number of permanent staff rose to 7,674.

The Home Office said: ‘We are continually considering options to improve the experience at the border and this includes how the border should be funded.’