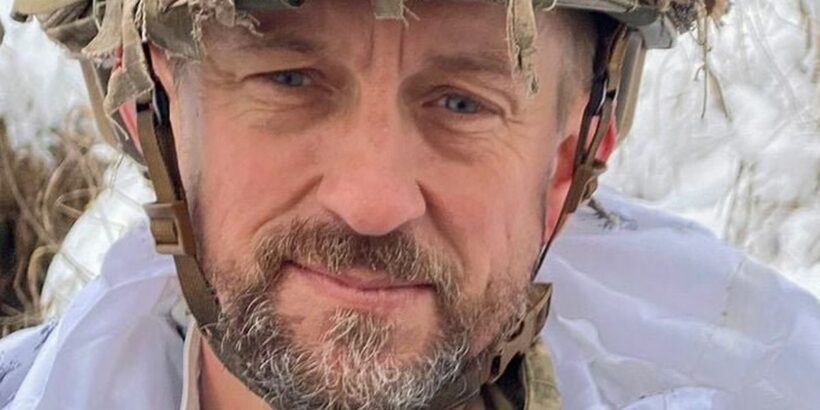 A second British fighter has been captured by Vladimir Putin's forces before being paraded on Russian TV.

Ex-British Army soldier Shaun Pinner, 48, was serving as a 'contract soldier' with Ukrainian forces in Russian-occupied Mariupol as the area has been decimated by shelling.

He claims to have been there for five to six weeks before appearing on the broadcast with no visible wounds, giving information about his service.

He told the journalist Andrey Rudenko on the military TV channel: "I am Shaun Pinner. I am a citizen of the United Kingdom. I was captured in Mariupol. I am part of the 36th brigade, 1st Battalion Ukrainian Marine.

"I was fighting in Mariupol for five to six weeks and now I am in the Donetsk People's Republic."

It was announced today (Saturday, April 16) that Pinner now faces interrogation by the Russian Investigative Committee but he has allegedly told Russians that "he doesn't want war and wants to go home.".

Concerns were raised for his safety as it was feared he could be treated as a spy after he had also been fighting in Ukraine.

His fate remains in the hands of Russian officials.

The fighter is said to be the second British soldier to be captured by Kremlin after a former care worker Aiden Aslin was seized on April 12.

The 28-year-old, who was also quizzed on TV, was forced to surrender along with the rest of the Ukrainian 36th Marine Brigade unit when they ran out of ammunition and food after being cut off.

Looking drained, and with a nasty-looking gash on his forehead, Aiden was quizzed about his combat service.

“Tell me, did you kill people?” the interviewer asks, to which Aiden replies: “I don't know…” before adding “I didn’t do any fighting”.

When asked if he saw how people were killed, Aiden looks off-camera, as if trying to remember something, before answering “no”.

Russia has accused Aiden of being involved in artillery attacks on children and said he "will face justice" in the breakaway Donetsk region in eastern Ukraine.

Aiden’s MP, Robert Jenrick, said: "I am very concerned for the safety of my constituent. Using images of prisoners of war for propaganda is wrong and in contravention of the Geneva Convention."